Hitachi has developed a technique for identifying the optimal metabolic pathway to produce useful substances by virtually creating tens of thousands of series of enzymatic reactions (metabolic pathways) through artificial intelligence (AI). We have introduced the mechanism of biological evolution to an AI that has learned the biochemical reactions of various substances. Conventionally, metabolic pathways have been identified by manually repeating biochemical experiments since there are no specific rules for change in material structure under chemical reactions, and the developed technique makes it possible to efficiently explore and design metabolic pathways on a computer. By continuing to combine this information technology (IT) with control and operation technologies (OT) such as plant control technologies, Hitachi will contribute to the realization of sustainable industries, such as the construction of manufacturing processes for low-environmental-load material utilizing organisms.

This achievement was presented at the 19th European Conference on Computational Biology (ECCB2020) held online from September 7 to 8, 2020, and will be published in the scientific journal "Bioinformatics" (publisher: Oxford University Press). (Title: Feasible-Metabolic-Pathway-Exploration Technique using Chemical Latent Space).

This paper is based on results obtained from a project named “Development of Production Techniques for Highly Functional Biomaterials Using Plant and Other Organism Smart Cells” commissioned by the New Energy and Industrial Technology Development Organization (NEDO).

1. AI to predict structural changes of chemicals before and after enzymatic reactions 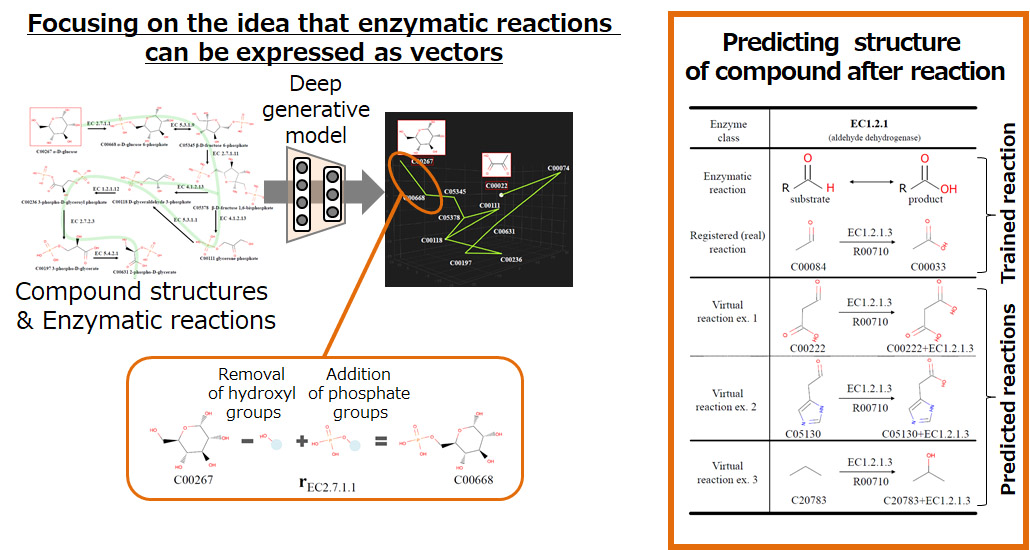 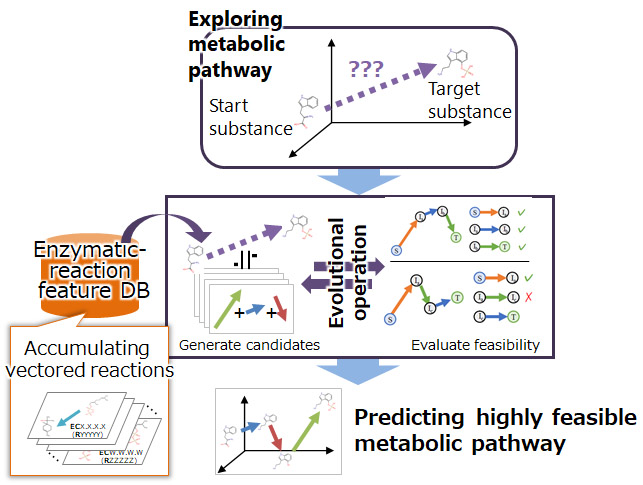 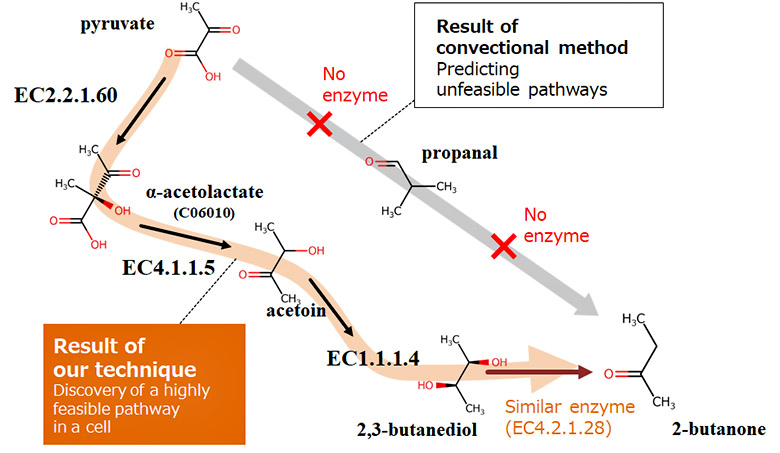