While there has been much discussion in Japan over recent years about the installation of digital networks in substations for cost reduction by slimming down systems, numerous practical problems still remain such as how to make a smooth transition from existing (legacy) systems. As well as system optimization, Hitachi has also been investigating migration processes with which a new protection and control system with digital network can co-exist with an existing system. Also, applying advanced sensing enables the management and analysis of information, such as on equipment degradation, which has not been possible to measure in the past. Hitachi aims to provide utilities with greater value through new services with these digital data. 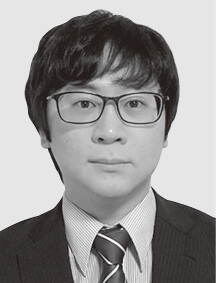 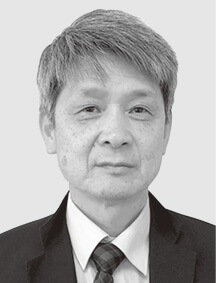 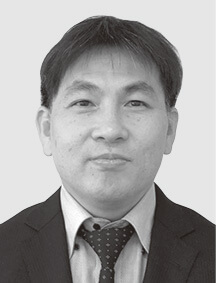 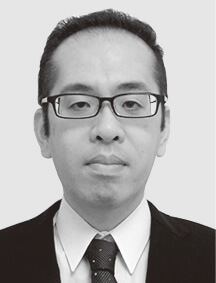 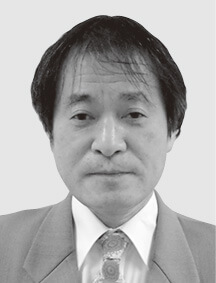 Substations are important junction points in the electric power transmission network where reliable operations using protection and control systems are executed in order to protect important power infrastructures from many kinds of faults.

Among the challenges for substations in Japan is the cost of laying and maintaining the many control cables (copper wire) used for the exchange of information between the primary equipment and their protection and control systems (secondary systems). While there has been much discussion in Japan about using digitalization (the installation of digital networks in substations) as a means of reducing these costs, especially regarding the adoption of the IEC 61850 standard widely applied in the global market(1), (2), there have been no reports to date of any such installations that go beyond trial operation.

This article describes the challenges of substation digitalization and proposals for overcoming them. The article also suggests new services that combine digitalization, advanced sensing, and information processing to make use of digital data for assessing equipment degradation.

Figure 1 shows example configurations for an existing protection and control system and a future all-digital protection and control system. The existing system is made up of circuit breakers and other key primary equipment required for reliable power system operation, the local operation panels for this equipment, and the protection and control units that output the trip and other control instructions to the primary equipment and monitor it. The system communicates with the control center system via remote terminal units for remote monitoring and control. An issue with this configuration is the difficulty of quick system replacement, upgrades, and retrofits because of all the work associated with the large numbers of control cables between primary equipment and secondary systems. Furthermore, as equipment inspections and other aspects of substation operation are mainly undertaken by maintenance staff, there is an urgent need for efficient operational practices in anticipation of a shrinking workforce in the near future. Recent years have also seen a rising need for accurately assessing the deterioration of equipment to allow for efficient replacement planning.

In recognition of these challenges, Hitachi has set out to use substation digitalization to achieve the following outcomes to support substation operation by users.

The following sections describe how to migrate to fully digital protection and control systems that support the functions above, a system that uses advanced sensing to assess equipment degradation, and an asset management system with digital data.

While the digitalization of a protection and control system typically involves replacing existing systems with digital networked alternatives, a step-by-step transition is required because not all devices are replaced at the same time. As this results in digital and non-digital devices operating side by side, some means is needed to migrate non-digital devices into the digital protection and control system.

Figure 2 shows the process of migrating an existing protection and control system to a digital system.

Replace existing control system with an optimized digital control system in order to handle digitalized information. This means that output of control commands to the digital devices and the collection of monitoring data can now be performed via the digital network. As management of non-digital equipment and communications with the control center system are mandatory, steps 1-2 and 1-3 are also needed.

Upgrade the old protection panels, local operation panels, and other devices connected via the interface units to digital devices. This does not need to be done all at once as the devices can be upgraded separately of each other.

By working through these steps, a fully digital protection and control system can be established by replacing all systems with digital devices. However, some information, for example common substation alarms such as fire alarms that depend on the independent specifications of the protection and control system, may pose a problem for digitalization. If so, it is anticipated that they would be connected to the system via a common interface unit. Hitachi is also investigating how to support substation operation more effectively using the assessment of equipment degradation and the asset management system that are described below. Furthermore, there is also potential for reducing total costs, efficient functional upgrades, modifications, and trial operation by digitalization to optimize the configuration of the protection and control system that is currently spread around the substation due to the constraints of hardware implementation.

The online system assesses the extent of cable degradation through the use of highly sensitive sensors. An AI algorithm based on the collected data about tiny electrical discharges (pulses) emitted from operating cables is applied to estimate the stage of degradation.

Figure 3 shows a system for assessing power cable degradation currently being worked on by Hitachi. Hitachi is looking at providing an online service for assessing the extent of cable degradation through the use of highly sensitive sensors. Here, signals (tiny electrical pulses) emitted by operating cables are measured then analyzed by Hitachi’s artificial intelligence (AI) algorithm.

The electrical conductors in transmission cables are clad in an insulator and an earthed metal sheath. Over time, partial discharges start to occur at the site of voids such as water trees that develop in the insulator. It is possible to estimate the state of cable degradation by analyzing these partial discharges in the early stages.

4.2 Method for Assessing Degradation of Power Cable Due to Partial Discharge

Figure 4 shows a diagram of how partial discharge detection works. The nine graphs at the top of the diagram show the pulses that occur over one cycle of load voltage, with the horizontal axis representing the voltage phase (φ) and the vertical axis representing the electric charge (q). A calculation is performed on this data to count how many discharges occur (n) at each phase angle and how much electric charge is involved. The resulting mapped data is called the partial discharge phase angle distribution (φ-q-n).

The resulting data (pqn1-5) is then input to two neural networks that have undergone machine learning and the outputs are combined results used for partial discharge stage estimation.

As substation digitalization and adoption of the degradation assessment system provide the ability to collect detailed information on equipment condition and operation, the analysis and visualization of this information can support utilities in the formulation of asset management strategies.

Figure 5 shows an asset management system currently being worked on by Hitachi. As the digitalization of substations provides methods to collect digital data on things like equipment operation and the extent of degradation, Hitachi recognizes the future potential for analyzing this data to provide information such as equipment risk maps, prioritized rankings of replacements, and life cycle cost analysis. Data on equipment maintenance work can be used as feedback to have AI learn the model, and this has the potential to deliver even more accurate analyses. In this way, Hitachi will be able to help utilities develop optimal equipment inspection and replacement strategies by asset management systems.

This article has described the challenges of substation digitalization and proposals for overcoming them, and also new services that make use of digital data. Hitachi will continue developing the harmonization between operational technology (OT) (protection and control, advanced sensing, etc.) and IT (AI, asset management systems, etc.) in order to contribute the optimal operation of utilities.