Japan’s growing use of renewable energy sources such as solar and wind power on a mass scale is reducing power grid loads and bringing attention to energy supply systems that provide local production for local consumption. These systems increase resilience to natural disasters such as earthquakes and typhoons, and create sustainable and symbiotic economic zones by enabling local use of electricity and heat produced from renewable energy sources tailored to the characteristics of each local area. National and local government organizations see these systems as a promising driver of local revitalization. Drawing on its portfolio of technologies and expertise in the areas of renewable energy and distributed power supplies, Hitachi Power Solutions Co., Ltd. has released a local energy supply solution made possible by local collaborative creation. 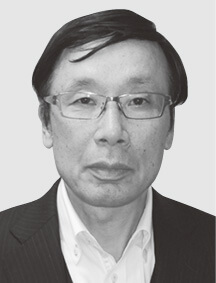 Japan started enforcing a feed-in tariff (FIT) system for renewable energy in 2012 that has resulted in the ongoing mass adoption of renewable energy sources such as solar and wind power. But the FIT system has also created power supply maldistribution that has overwhelmed the capacity of the major power transmission grids and created a growing need for secure adjustment methods to balance power supply and demand. To address these issues, power transmission line upgrades and additional power supply adjustments are being planned, but they will take time to complete due to time and cost constraints.

Distributed power supplies for local production and local consumption enable power generated by renewable energy sources and other distributed power supplies to be consumed locally, thereby reducing power grid loads. They can generally be connected to grids even without a grid connection framework if reverse power flow is not permitted. The recent rise of prolonged power failures caused by natural disasters such as typhoons and earthquakes is also creating a growing need for their use in disaster-readiness. For local economies, keeping energy production and consumption localized creates a supply chain centered on the local area. This supply chain could be expected to create symbiotic effects from local capital circulation and hiring, leading to local revitalization.

Shown here is the lineup of distributed power supply equipment and systems handled by Hitachi Power Solutions Co., Ltd. About 400 wind power generation systems made by German energy equipment supplier ENERCON GmbH, and about 300 gas cogeneration systems of between 535 and 2,400 kW have been delivered domestically.

Hitachi Power Solutions uses wind turbines made by German energy equipment supplier ENERCON GmbH for wind power generators. It has delivered about 400 of these units domestically and provides local power suppliers with a comprehensive range of services including site development, business planning, license/certification handling, and project administration assistance. It has also worked in a number of areas related to distributed power supplies. For example, it has worked with gas cogeneration, installing about 300 Jenbacher gas engine generators supporting biogas at domestic sites. It has worked on storage battery systems by developing an output-buffering storage battery system for use with wind power generation, and taking part in the Large-scale Hybrid Storage System Demonstration Project in Lower Saxony, Germany promoted by the New Energy and Industrial Technology Development Organization (NEDO). It has also worked on intelligent grid control systems (IGCS systems) through the Mie University Smart Campus Project.

The solution was made possible by creating businesses while using the strengths and weaknesses of Hitachi Power Solutions and of local governments and companies to complement each other.

Building partnership organizations with local governments and companies is a key requirement when installing local energy supply systems. Local governments and companies are very familiar with local information and challenges, and highly trusted by the community. But they are challenged by limited experience with commercializing power generation or other business areas, and by difficulty procuring capital. In contrast, Hitachi Power Solutions has extensive engineering ability and experience in launching wind power generation businesses, but less community trust and understanding of local conditions than local governments or companies.

To complement these strengths and weaknesses, Hitachi Power Solutions has worked on finance and project planning, licensing/certification/subsidy application handling assistance, engineering-procurement-construction (EPC), O&M, and project administration assistance. In addition to these activities, it has sought assistance from local governments and companies for funding local energy companies and for reaching agreements in local communities. The company’s policy is to start projects driven by collaborative creation (see Figure 2).

Hioki is a medium-sized city in Kagoshima Prefecture with a population of about 50,000. With great potential for renewable energy, Hioki’s residents and local government are actively working on using renewables. For example, a 2,000 kW-class wind power generation project and small hydroelectric generation project are being led by the city and local companies. But with the city’s population shrinking as large companies leave, revitalization is a pressing need.

Hitachi responded by seeking to help revitalize Hioki by enabling locally produced and locally consumed energy within the city, and circulating energy-related costs to create benefits such as business for local companies and new job creation. The company decided to work on a local energy supply project focusing on supply of energy to local government facilities.

Planning was initially done by local companies and the city, but since they had no experience in assessing the business feasibility of local energy supply projects or in building systems, Hitachi Power Solutions was brought on as a partner because of its track record in helping start a wind power generation project in the city.

The project is funded by members such as local companies, the local government, and banks. The Hioki Community Energy Corporation manages supply and demand planning, procures power, and collects power fees.

The project is being led by the Hioki Community Energy Corporation, an organization funded by a local gas company (Taiyo-gas Co., Ltd.), local bank (Kagoshima Bank, Ltd.), local government (Hioki City), and 14 local companies. A business plan was created from 2016 to 2017 using a Ministry of Economy, Trade and Industry (METI) subsidy for projects promoting locally produced and locally consumed renewable energy (the Subsidy for the Promotion of Areal Use Project of Locally Produced Renewable Energy). Subsequently, the FY2018 Subsidy was used to start installation work from 2018 to 2019, with operation beginning in March 2019. Hitachi Power Solutions handled the EPC, starting with measuring the electric power used by each power consumer, investigating systems, and assessing business feasibility (see Figure 3).

The major business areas of the Hioki Community Energy Corporation are:

The network connects two separate areas with an EMS and manages energy from one location to enable energy supply and demand adjustment optimized for a wide area. The generated power is consumed in compact grids, with EMS-based output reduction control to prevent reverse power flow.

The operational data obtained from the EMS systems is centrally managed by an integrated EMS. It is then used for daily power demand forecasts made by a supply and demand system owned by the client for submitting supply and demand plans to OCCTO, and for managing the planning of power procured from JEPX and power companies. Compact grid 2 contains three power consumers connected by private lines. It supplies power from a 150 kW solar power generator and 100 kW gas cogeneration facility. When reverse power flow occurs, it is shut off from the grid with a reverse power flow prevention panel.

Fig. 6—Amounts of Power Used and Generated in Compact Grid 2

Figure 6 shows the amount of power used by each power consumer in compact grid 2, along with the amounts of power generated by the power generator. On the Yusuin bathing facility’s business days, gas cogeneration and boiler equipment were started at 6 am to heat the baths. The facility had originally planned to run the gas cogeneration equipment in the daytime also, but it was shut off after heating due to a spike in fuel costs and the low cost of procuring daytime power from JEPX at the time. At General Sports Park, running equipment at night increased the power usage during the 6-to-10-pm time slot. The park ran gas cogeneration equipment at this time due to an increase in the cost of procuring JEPX power.

This operation resulted in an annual energy savings rate of 18.7%, relative to a planned figure of 22.5%. This figure resulted from a reduction in the amount of gas cogeneration used due to soaring fuel costs relative to the planned costs, and from a reduction in the JEPX procurement price. Power could be supplied to power consumers for 7% less than before, and the business income and expenses could meet the target values.

The Hioki City Compact Energy Network Project demonstrated the need to set a profitable ratio of power procured from outside sources and power from home-based power generation such as renewable energy and gas cogeneration. It also demonstrated the need to change the operation of power generators to match the market price of fuel or procured power.

Since the cost of solar panels and storage batteries is expected to decrease, Hitachi is planning to improve cost effectiveness and resilience by using storage batteries or the type of solar power reduction described above to add functions such as excess power or night power charging/discharging, peak shifting, imbalance reduction, and autonomous operation during disasters.

The Hioki City Compact Energy Network Project described in this article was assisted by members of Taiyo-gas Co., Ltd., the Hioki municipal office, and local companies. The authors would like to express their heartfelt appreciation for the extensive assistance they received from the members of Hioki Community Energy Corporation, particularly President Ryuhei Kobira and Manager Yasunari Oku.