The growth of renewable energy and the need for control reserve as an alternative to conventional power sources are leading to growing use of power storage systems in Europe and the USA where control reserve is procured through power trading markets. Hitachi Power Solutions Co., Ltd. is working with Hitachi Chemical Company, Ltd. and NGK Insulators, Ltd. on a project commissioned by the New Energy and Industrial Technology Development Organization. The project’s aim is to demonstrate the operation of a large-scale hybrid power storage system designed to stabilize a power grid in which renewable energy has been incorporated on a mass scale in the German state of Lower Saxony. The operation of this system provides supply and demand control reserve as a function substituting for conventional thermal power generation. It also creates functions for reducing imbalances in balancing groups and supplying reactive power. 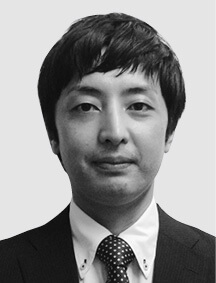 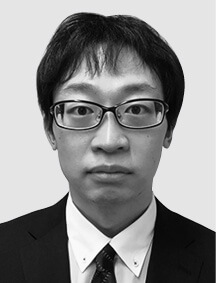 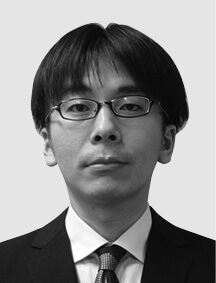 With renewable energy use currently growing worldwide, fewer fossil fuel resources are being used and conventional thermal power generation is declining due to its environmental impact. Today’s power grid operation is relying less on conventional power sources previously used as control reserve for maintaining the balance of supply and demand. Alternative control reserve is needed as a result. In the liberalized European and US power markets, control reserve is procured through power trading markets, and the use of highly responsive storage batteries suitable for control reserve is growing as a major power source. Growing use of storage batteries is also expected in Japan, where a domestic supply and demand balancing market is due to open gradually through electricity system reforms beginning in 2021(1).

Hitachi Power Solutions Co., Ltd. has an extensive track record of providing large-scale power storage systems for applications such as buffering the output variation of wind power generation equipment. Drawing on this expertise, the company has been involved in a demonstration project since April 2017 in the northwest German state of Lower Saxony to promote the technical refinement of a power storage system for control reserve applications(2).

Germany is also deregulating its control reserve trading period. Until June 2019, one week increments were used as the contract period for each primary control reserve trade. This period was shortened to one day increments in July 2019, letting suppliers sign contracts for just the possible days and enabling more flexible operation of owned power sources. The country is planning to shorten the control reserve trading period again in July 2020, when the increment will be reduced to 4 hours. Similar moves to shorten contract periods are being implemented for secondary and other control reserve categories, and for wholesale power trading. They demonstrate the European region’s goal of reducing power costs by improving power trading.

Germany classifies control reserve into three product types according to the responsiveness required of each.

2.2 Balancing Market and Regulations to Start in 2021 in Japan

While the demonstration project covered by this article took place in Germany, trends in Japan are described here for reference. Balancing power supply and demand was previously the responsibility of the former general power providers in Japan. The country is now seeking to reform its electricity systems by pursuing a policy of separating power generation from power transmission. Control reserve is procured by annual public offerings under this policy. Further improvements will be made in the future, and a gradual switch from procurement by public offerings to procurement by balancing market is planned to start in 2021. The balancing market product categories are currently being reviewed through discussions led by the Ministry of Economy, Trade and Industry (METI). They will be updated starting from the next public offering, and multiple product categories classified by responsiveness and objective are expected. Table 2 shows the product categories and requirements currently released. What should be noted is that, as in Germany, control reserve is classified by primary, secondary, and tertiary categories and there are numerous similarities in requirements. These similarities mean that the results demonstrated in Germany should also be applicable to Japan. But differences are also expected to arise. For example, the 5-minute continuous time period for primary control reserve is shorter than the German requirement, and the operation response time of 10 seconds is more demanding.

Japan will classify control reserve into five product categories according to the required responsiveness and objective of each.

The demonstration system is a hybrid system of lithium-ion batteries and sodium-sulfur batteries, with Hitachi Power Solutions’ power grid information and battery control system used for operation management of both battery types. Power trading is made possible by connection to a power trading system and VPP control system.

In response to the conditions above, Hitachi Power Solutions has taken part in a demonstration project in the German state of Lower Saxony to examine the important control reserve role played by a power storage system in a power grid incorporating renewable energy on a mass scale. Lower Saxony-based power provider EWE Netz GmbH puts the region’s share of power generation from renewables at over 80% of the region’s demand. So, even by German standards, the region could be considered a leader in renewable energy power sources.

Figure 1 shows the overall configuration of the demonstration system. To reduce system installation costs, the demonstration uses a hybrid system of high-output lithium-ion batteries (LiBs) made by Hitachi Chemical Company, Ltd. and high-capacity sodium-sulfur batteries (NAS*1 batteries) made by NGK Insulators, Ltd. The primary control reserve requires enough capacity (MWh) to enable continuous supply over the contract period, with output (MW) set to match the grid frequency and support for temporarily high surges. Although their benefits may vary according to regulations, hybrid power storage systems offering the benefits of high output and large capacity may be suited for use as power sources for primary control reserve.

The charging and discharging of both storage battery types is controlled by a power grid information and battery control system developed by Hitachi Power Solutions. The power grid information and battery control system enables power trading in the balancing market and wholesale power market through a virtual power plant (VPP) control system and power trading system provided by German demonstration partner EWE Group Pty Ltd. The demonstration system is categorized as an EWE Group VPP, and the demonstrated operation has verified its ability to function as one power source within a VPP. Power grid reactive power control and power generation control during grid congestion are also handled using commands from a grid management system of the power distribution provider.

*1
NAS is a registered trademark of NGK Insulators, Ltd.

While there is currently no trading market, reactive power supply designed to improve the power factor of the local power grid can be provided while using functions (1) to (4) above. Primary control reserve supply is currently the most profitable of these operation functions, so it will be given bidding priority. When bids for primary control reserve are not successful, revenue can be provided by switching to other operation functions.

*2
Operation designed to gain a profit margin by discharging the storage batteries when the wholesale power market trading price is high, and charging them when low. The trading volume is set and traded by the EWE Group’s system.

Fig. 2—Demonstrated Operation Results for Primary Control reserve Contract of Up to 7 MW

Shown here are a graph of the correlation between frequency and output for a primary control reserve contract of up to 7 MW (top-right), a state in which output is delayed by several seconds relative to frequency (bottom-right), and a state enabling the remaining storage battery capacity (SOC) to be kept continually safe during continuous one-week operation (bottom-left).

After undergoing primary control reserve certification testing by a power transmission provider, the demonstration system received an operation permit in October 2018. It has continued to operate for over a year since then, making actual bids in the market. The demonstration project is the only project in Germany involving primary control reserve supply using a hybrid power storage system of LiB and NAS batteries. It was able to obtain operation permission by holding repeated discussions with the transmission provider in advance to explain the demonstrated system’s control particulars and supply reliability.

Figure 2 shows the demonstration system’s operation results. The required output values for primary control reserve tended to decrease (charging) when the grid frequency was higher than the reference value (50 Hz), and tended to increase (discharging) when the grid frequency was below the reference value. The output values also varied in proportion to the deviation from the reference value. The demonstrated system provided operation that satisfied regulations related to areas such as output precision and response speed. The issue of whether the system could always allocate remaining storage battery capacity to continue supplying power for a contract period spanning days or weeks was also a very important point for operation. The system addressed this issue by providing continuous supply using remaining capacity balancing methods such as procuring power from the wholesale power market and power balancing functions between LiB and NAS batteries. Hitachi Power Solutions’ power grid information and battery control system has played an important role in these output/remaining capacity control methods.

Since simultaneous operation results in higher output than when operating from only the primary control reserve, managing the remaining storage battery capacity is more difficult. But the power grid information and battery control system used in the demonstration project has enabled continuous long-term supply while keeping the remaining capacity constant.

5. Approach and Outlook for Future Demonstrations

Hitachi Power Solutions is planning to draw on its track record of flexibly controlling storage batteries in these cutting-edge markets in conformance with multiple operation modes. It is aiming to release power storage systems in Germany as well as Japan and several other countries that are planning to set up balancing markets.

Germany’s power system structure is undergoing reform. The demonstration project has encountered and responded to several changes in operation regulations over the demonstration period. In addition to requiring technical responses, these changes altered the market environment and lowered future long-term business transparency. Since the situation may be similar in other countries and regions, it will require technologies and strategies that enable changing worldwide trends to be monitored and predicted, and can flexibly and rapidly handle the changes. Hitachi Power Solutions will continue working to monitor power market trends and develop technologies, seeking to grow its energy solutions business areas such as the storage battery project covered in this article.

The demonstration project carried out in the German state of Lower Saxony as described in this article was assisted by the New Energy and Industrial Technology Development Organization (NEDO), Hitachi Chemical Company, Ltd., NGK Insulators, Ltd., the state of Lower Saxony, and the EWE Group Pty Ltd. The authors would like to express their heartfelt appreciation.