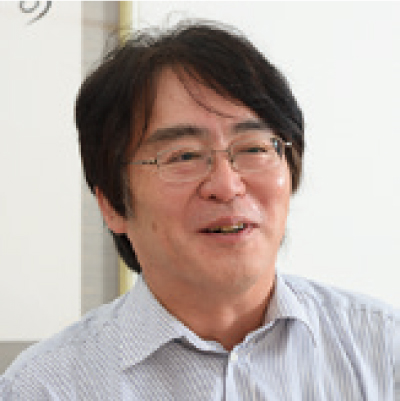 A Historical Perspective on Social Innovation

Companies these days are subject to rising expectations regarding their role in helping overcome the challenges that face society. In broad terms, this trend can be seen as a manifestation of how a dualistic society made up of separate public and private realms (as exemplified by distinctions such as between the market and the state, between companies and the government, or between individuals and organizations) is reaching its limits. In the past, companies and individuals have pursued profit maximization in the marketplace, on the one hand, and government has taken on the task of dealing with the inequities, poverty, and environmental damage that has resulted from that pursuit. However, this arrangement has broken down as society has matured, leading to strong calls for fairness and social responsibility to be embedded in the very principles of the behavior of markets and companies.

When this public/private relationship is viewed from a historical perspective, this change is part of the progress of modern society, representing two sides of the same reality, a reflection of the times in which we live. At the beginning of the 17th century, when capitalism was first arising as a serious force, and one year after the establishment of the East India Company in 1600, the Poor Relief Act (commonly known as the Elizabethan Poor Law) was enacted by Queen Elizabeth. This law made after-the-fact provisions for the poverty arising from the expansion of the market economy. Following that, in the 19th century, as the industrial revolution unfolded, poverty and inequality only worsened with greater industrialization and this led to the introduction of the world's first social insurance scheme by Bismarck in Germany. Subsequently, the 20th century saw the beginnings of the Great Depression in 1929, with consequences that included mass unemployment. While the socialist nations advocated state-planned economies as a means of overcoming the downturn, it was Keynes who emerged as the savior of capitalism, declaring that governments can themselves generate employment and demand using public works and social welfare. This ushered in a “golden age of capitalism” in the latter half of the 20th century as the Keynesian welfare state became the default in the western world. In the early 21st century, however, the world was shaken by the Global Financial Crisis. Although conditions subsequently recovered, this has been accompanied by secular stagnation in the global economy and has seen concerns being raised by many about rising economic disparity.

Looking back at these broad trends in capitalism, while the concept of markets and governments has continued to serve as a base, with governments or other arms of the state at times intervening more forcefully in markets with objectives such as economic growth or addressing inequality, there has also been a rising sense that this dualistic framework is itself coming up against some fundamental limits.

When these historic transitions are taken into consideration, rather than an arrangement whereby companies target profit maximization and leave it to the government to tidy up afterwards the problems that arise out of the resulting market growth, it will become increasingly important in the future for features other than profit maximization to become an integral part of corporate activity. Put another way, this will lead to the opposing ideas of public and private being augmented by that of community, both in the geographical sense and in the sense of groups of like-minded people. In past agricultural societies, “agriculture” was synonymous with the farming communities that engaged in this activity and this idea of “community” played a pivotal role in society. This became a pursuit of growth in which there was a distinction between the public and private sectors, or between markets and the government, and the future will see an overlap between the three spheres of public, private, and community.

Looked at from a different angle, this can also be thought of as a fusion of capitalism, socialism, and environmentalism. The two ideologies that existed in opposition through the 20th century – capitalism, with its never-ending pursuit of growth, and socialism, with its advocacy of state control of the economy as a means of resolving societal problems – have both failed to consider the natural world, namely the global environment and the finite nature of resources. Economic anthropologist, Karl Paul Polanyi, once defined economic activity in terms of three elements, exchange, redistribution, and reciprocity. While, in broad terms, exchange can be equated with the market, redistribution with the role of government, and reciprocity with groups, regional communities, or environmental considerations, these will likely overlap in the future and this will have consequences for the companies that are driving social innovation.

What should Technology be Used for?

While the resources built up by companies, such as organizations, people, and capital, are beyond counting, it is on the accumulation of technology alone that our hopes are placed when it comes to social innovation. Furthermore, the question we come back to today is to ask what purposes this technology is to be used for.

To date, technology has served primarily as a driver of economic growth. In particular, the period since the industrialization of the latter half of the 19th century has seen large amounts of state-led investment in research, an outcome of which has been a dramatic enrichment of our way of life and of society. Economic growth has long been something that society has sought to bring about, with technology having progressed and developed in ways that respond to this demand.

However, along with confronting climate change and other global environmental problems, a feature of developed nations has been the trend toward secular stagnation, with growth slowing due to poor demand. Furthermore, Japan has already entered a phase in which its population is shrinking, and the majority of the nations of the world are also facing the not-too-distant prospect of a new era characterized by aging and depopulation. As society matures and people's attitudes and values undergo major changes, there is a need, first of all, to fundamentally reappraise what technology is to be used for.

One hint as to how to proceed can be found in social innovation that is grounded in people's values in terms of groups and regional communities, the environment, and reciprocity. While the question of how to make effective use of technology to achieve this presents itself as a new issue to be dealt with, I believe that we can call on strengths that are distinctively Japanese to do this.

Japan was among the first nations in Asia to make a success of modernization, with the rapid growth of the post-war period leading to talk of “Japan as number one” in the 1980s. This was followed by several lost decades and the onset of rapid aging and depopulation in advance of other parts of the world. As well as putting Japan, for better or for worse, in the position of being a pioneering and tightly focused exemplar of global changes, Japan is also in a position, in geopolitical terms, that links East to West and North to South, and that can serve as an intermediary between cultures.

When I look at today's students, although it certainly does not apply to all of them, I am struck by the increasing number of these and other young people who are concerned about contributing to society. This has also been accompanied by a rise in the number of young people with an interest in local and other community matters, with instances emerging of small-scale social innovations that address such matters. As we move into an era of shrinking populations, it is my hope that the potential for new forms of creativity to come about exists in a certain “looseness” among the younger generation that clearly demarcates them from the former period of rapid economic growth.

Now that I think about it, the origins of the Japanese style of management can be seen in Eiichi Shibusawa's “Rongo to Soroban” (the Analects of Confucius and the abacus). Going back to the Edo Period, Sontoku Ninomiya, who served as a consultant for regional revitalization, advocated the reconciliation of economics with morality. While the Japanese style of management recognized this link between economics and ethics, the two have become separated since the 1980s amid the increasing pace of trends such as that toward financial capitalism. Recently, however, signs have emerged of economics and ethics once more being brought together, and in fact the words of these Japanese managers of the past are now echoed in the principles expressed by the young people engaged in social businesses. Social innovation is not something that is new to Japan. Nevertheless, rather than a simplistic return to the past, there is no doubt that what we should be aiming for is a “nostalgic future” brought about by making the best use of new technology. (Interview)