How to Make the Most of AI, Robots, and the IoT 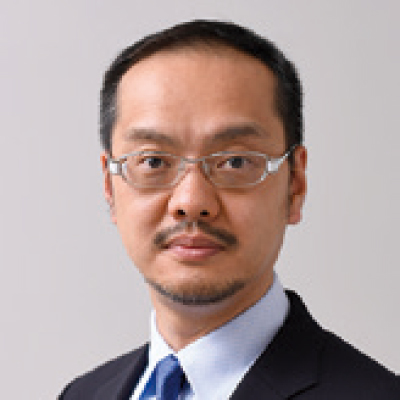 How to Address Conflicting Values?

The AI & Society Laboratory launched in 2016 brings together a diverse group of experts from academia and elsewhere under the same roof to engage in wide-ranging discussions about the practical introduction of such digital technologies as artificial intelligence (AI) and robotics. This is neither a traditional type of research limited to a specific field, nor a simple coming together of the arts and sciences. Rather, it is quite literally “all-encompassing” research that is both inter-disciplinary and tightly coordinated, bringing together people from such different disciplines as technology, management, economics, public policy, law, ethics, and design.

While initiatives like this are no easy matter, one of the factors in its success is the free and open atmosphere at Keio University's Shonan Fujisawa Campus (SFC), which is accepting of diversity rather than exclusionary of difference. My own laboratory includes a number of entrepreneurs and provides an environment where young people with fresh ideas can take an active part, including not only venture businesses, but also creative work such as app development or music and games. There is, for example, an incubation center to support such people that provides funding to get projects past the “valley of death,” a patent attorney for managing intellectual property, and other legal advisors. This creates a virtuous circle in which new starters can draw enthusiasm and encouragement from the success of those who have gone before them.

On the other hand, many of the students of today are remarkably sensible, looking to the future, but always having a level-headed awareness of how things currently stand, and only taking on challenges after having first acquired the basics of how to do things properly. They see themselves as belonging to the “satori generation” (being of a more philosophical disposition) rather than being from the “yutori generation” (those who enjoyed a less pressured education), and there is no doubt that they lack the youthfulness and boisterousness of university students of the past.

Naturally, the things that interest students are also changing. Cars provide a representative example. Whereas those of us who grew up amid the economic bubble aspired to purchase our own vehicle, the current generation of students lacks much interest in cars. While this can be seen as indicative of a lack of interest in ownership or of the weakness of their attachment to objects, it doesn't mean they have no interest in using cars as a means to travel. Rather, it represents a shift in values away from tangibles and toward intangibles.

Being at a university allows you to experience first-hand this generational shift in values. Daily contact with these young people who live by values that are completely different from my own helps me feel optimistic about the future of digital society. The benefits that upcoming digital technologies will bring, which include convenience, rationalization, optimization, and efficiency gains, are exactly those that suit the values of this generation.

While it was SFC students who gained doctoral degrees at graduate school who served as catalysts to my becoming involved in the research of the legal issues around AI and robotics, what I believe is now most important of all is the question, in certain respects a highly abstract one, of what to make of the new reality represented by these differences in values.

To date, the basic thinking underlying the work of lawyers has been to adopt the primary assumption of “foreseeable possibilities,” meaning that the majority of events can be foreseen, and then to consider how to deal with the risk of deviations from this assumption. AIs, however, have the potential to make unanticipated decisions that cannot be foreseen by people. What sort of value judgements should be made when encountering a problem with no right answer, such as the famous trolley problem*? In the case of a person, they would be expected ultimately to choose the outcome they consider preferable after weighing up values against one another from a variety of perspectives. For example, there are no explicit written rules or laws about how to use mobile phones. The reason why this does not usually cause a problem is thanks to the entrenching of socially acceptable behaviors upon which the consensus is that one should not make a nuisance of oneself to others. With AIs, in contrast, nobody knows what decisions they will make and on what basis, and there is no guarantee at all that they will come to the same conclusions as a person would. It is quite possible that the value judgements of people and AIs will be different. To a lawyer, this situation has the appearance of a risk.

Despite this, the number of lawyers who have seriously addressed this risk remains small. The mainstream thinking on the subject is that, regardless of how an unexpected situation may occur, no new problems should arise if such matters are dealt with after they occur in ways that are consistent with existing legal practice and within existing legal interpretations. The point can certainly be made that, for now, all AIs do is provide the results of analyzing data within the bounds of specific applications and that it is a human being who makes the final call within this scope. It is likely to be the case, however, that once AIs that analyze data and make decisions become tightly coupled with the Internet of Things (IoT) (which collects data) and robots (which use this as feedback to the real world), these AIs will start to make important decisions and act on them without human intervention. To learn from large amounts of data and make decisions that are unconstrained by people's standards of value is what AIs are expected to do, and the fact that feedback based on this will then be applied to the real world can only be described as a paradigm shift. Just as it is said that nobody foresaw the security risks posed by networks back in the early stages of the Internet when it was only just starting to spread in popularity, to anticipate the new risks that will emerge through the interaction of AI, robots, and the IoT is likewise difficult. What is certain, however, is our coexistence with new entities that make value judgements different from our own, and talk is starting about the establishment of a new type of electronic legal entity, or what could be called an “electronic person.”

*
The trolley problem is a thought experiment involving a moral dilemma that asks whether it is acceptable to sacrifice one person in order to save someone else.

How to Take the Lead in International Rule-making

That the current AI boom has led to widespread awareness of this problem is something to be welcomed. Rule-making in fields like AI and robotics is picking up pace around the world, with examples including the Asilomar AI Principles published in February 2017 by the Future of Life Institute (FLI), a U.S. non-profit, and the European Commission's March 2018 statement on “Artificial Intelligence, Robotics and ‘Autonomous' Systems,” with various nations developing laws in preparation for explicit regulation. In advance of these developments, I published my own “Eight New Principles of The Laws of Robot” at the end of 2015 and called for international work on the establishment of rules that are to a certain extent mandatory in nature. The idea behind these eight principles was to address the disincentives that arise from a lack of regulation given the importance Japanese people place on being in compliance with the law. While they were prompted by the view that Japan should take the lead in international rule-making to avoid the stalling of research and development due to a lack of clarity about how technologies like AI and robotics are to be treated under the current legal framework, they did not receive the proper understanding and acceptance, coming at the same time as the exuberance of the AI boom.

Nevertheless, booms always come to an end and I look forward to seeing the beginnings of sober debate. The key from here on in will be the forging of international rules on the handling and protection of data. While there is currently a lot of momentum behind data localization (ring-fencing data within one's own country) for reasons of both economic policy and national security, the free flow of data and appropriate protections will be essential if people everywhere are to enjoy the benefits of a digital society. In particular, the idea of Society 5.0 that is being promoted by the Japanese government is a grand plan for making use of data in overcoming the societal challenges that accompany depopulation and aging. It is also an ideal opportunity for establishing rules based on universal principles such as respect for the individual. Other nations are looking to Japan to use the trust it has built up as a basis for taking the lead in international rule-making, and this is an endeavor in which Japan should once again be able to show its true worth.