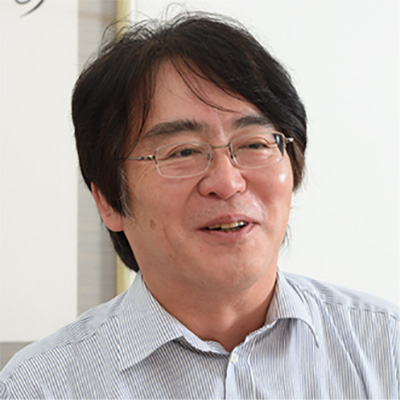 Transcending an Informational View of Life

An understanding of how the underlying concepts of science and technology have evolved over modern times provides important pointers when we think about the true nature of the digital revolution, especially the much-talked-about singularity. The applications of Newtonian physics, which brought about a scientific revolution in the 17th century, are mainly related to physical objects and material substances. Later, in the 19th century, phenomena such as electromagnetism and thermal behavior that could not be fully explained by mechanics became subjects of scientific research, leading to the concept of “energy” and the emergence of heavy industries that utilized oil and electric power. In the 20th century, meanwhile, the concept of “information” came to the fore, a development that arose out of two different underlying factors. The first was the ongoing advance of genetics and life sciences that began with Gregor Mendel. The second was information science, a field that began with Claude Shannon and his establishment of a mathematical theory of communication. Computers and semiconductors became the drivers of economic growth from the mid-20th century, giving rise to technologies such as personal computers, the Internet, and mobile phones, which transformed the way people communicate.

As to whether this information era will continue, “information” in this sense has reached a state of maturity, having already passed through the stages of technological application and widespread public adoption. It is likely that, rather than information, the future will see “life” become the mainstream of science and technology. A new model is emerging in which information is combined in ways that draw on what people have learned about the principles of life.

Viewed in light of the idea from classical Greek philosophy that reality is made up of matter and form, material substances and energy are examples of “matter” whereas information, being the patterns in which matter is arranged, belongs to the category of “form.” Modern science began by looking at natural phenomena from the outside, which is to say, by treating the natural world as something that can be understood as being made up of physical matter and energy. As the scope of science became more sophisticated, expanding to encompass human beings, it became necessary to also take into account the ways in which entities communicate and propagate, thereby bringing the concept of information into the picture. It is very interesting how, while the idea that “Energetik” (everything is energy) nearly entered the mainstream in the 19th century, with the establishment of the concept of information (which is very useful in certain contexts), what happened instead was the emergence of a new paradigm in which everything, including life, could be entirely explained by this idea of information. This is what I call the view of life as information.

This way of thinking is rooted in the view of life as information, which in its extreme form takes in the ideas of the singularity and post-humanism that seek to achieve immortality by uploading all the information in the brain to a computer to create a consciousness that can exist indefinitely. Regenerative medicine, on the other hand, is adopting the approach of manipulating genetic information to control life. This can be thought of as an extreme application of information. My own sense, however, is that we are entering a post-information era that calls for going beyond the concept of information on its own to explore the principles intrinsic to life and nature.

It is important to keep in mind that I am using the term “life” here not in the narrow meaning of the life sciences, but in a broad sense that also encompasses the ideas of lifestyle and the life of individuals, and includes macro-scale biological systems (eco-systems).

Seeking a Shift from Local Considerations to a New Global Ethics

In taking a post-information approach to considering life and nature, we cannot discount our own human existence. In thinking about environmental problems, we should include not only the external aspects of nature that affect the global environment, but also the internal nature that exists inside human beings.

There is growing debate around the world regarding what to do about people's welfare and wellbeing. This current situation can be compared to a time around five centuries Before Christ (BC) that the German philosopher, Karl Jaspers, called “the Axial Age” and Shuntaro Ito, a historian of science, described as a spiritual revolution. It was during this time that the universal religions and universal concepts that would go on to have a major impact on the world emerged simultaneously in different parts of the world, including Buddhism in India, Confucianism and Taoism in China, Judaism in the Middle East, and the philosophy of classical Greece. These developments were the results of people asking, for the first time, what happiness means for people human beings. A major factor behind this is believed to be that the agricultural civilization that first emerged about 10,000 years ago was coming up against resource and environmental constraints. It was also a time of crisis with parallels to our own time, with conflicts between large states over land and resources increasing in both frequency and scale.

Thinking about it like this, the time in which we now live has much similarity to the Axial Age. As our modern industrial civilization comes up against the limits imposed by global environmental problems, we ourselves need to think not only about how to expand our materialistic wealth, but also what happiness and prosperity actually mean.

Ahead of other societies in having to deal with a shrinking population, Japan has reached an important turning point regarding whether to follow the past path of expansionary growth or whether to transform itself into a steady-state society. As this challenge is one that societies will have to face around the world, it presents a good opportunity for Japan to present a model of a mature society that has gone beyond traditional capitalism.

There are three examples from modern times of initiatives aimed at controlling the expansionary growth of the economy and achieving a steady-state society. The first example is what John Stuart Mill wrote about in “Of the Stationary State” during the mid-19th century, when he theorized that human economic activity would come up against the finite supply of land and thereby enter a steady state. In practice, ongoing industrialization and the acquisition of colonies meant that Mill's ideas were forgotten. The second example is “The Limits of Growth,” a report commissioned by the Club of Rome in the 1970s that can be thought of as a first-principles version of Mill's ideas that, in summary, highlighted how resources impose a limit on industrialization at a global level. The third example is taking place in the present day, in the aftermath of the global financial crisis, and involves a global financial economy, in which information has come to play an integral role, entering a period of maturity that is accompanied by widening inequality and poverty as well as rising debate about things like welfare and wellbeing. Studies we undertook in partnership with the Hitachi Kyoto University Laboratory can also be interpreted as the use of AI to think about modern versions of the limits of growth. (Details are available in a news release issued in Japanese about the use of AI to deliver policy proposals for the sustainable future of Japan.)

Looking back at these major trends that have characterized different times, just as a number of different universal religions emerged all at once during the Axial Age of the 5th century BC, we too are entering an era that calls for new ideas and concepts, a phenomenon that I am currently calling “global ethics.”

In this regard, I have also had some involvement in a project called the “Chinju-no-Mori Community Project” (“chinju-no-mori” are groves of trees that grow around village shrines). The project covers 80,000 shrines and temples around Japan and seeks to rediscover the significance of these groves from a global perspective that mediates between the local (community) and the universal. [Details are available on the website of the Chinju-no-Mori (Grove of the Village Shrine) Community Research Institute.] My hope is to search within the spiritual culture of Japan where all the many deities of creation can be found, both to obtain an overview that encompasses the diversity and individuality of different places around the world, and also to find out what might be possible with a global ethics that rediscovers a sensitivity for those things intrinsic to life and nature that are the wellspring of different religions around the world. (Interview)