The Truth about Future Society and Well-being (1) 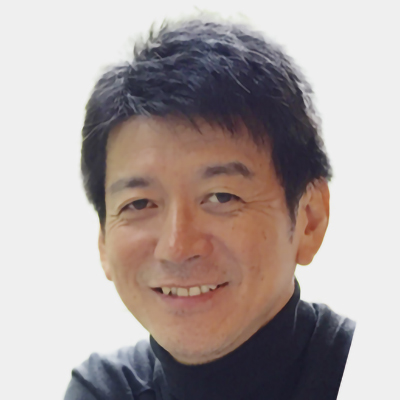 Moving from Standardization and Deployment to Experimentation and Learning

The 20th century was a time of dramatic increases in productivity as Frederick Winslow Taylor and others led the widespread adoption of working practice standardization, a trend that was further boosted by computers and production machinery. By incorporating standardized rules into a program, a computer performs operations at high speed and low cost. This philosophy of standardization and deployment was a good fit with the 20th century, a period that saw large-scale construction of infrastructure in the transportation, energy, telecommunications, home appliance, and other sectors that underpin society.

Major changes have taken place on the back of these productivity gains since we entered the new century. Higher productivity has also resulted in an economic surplus that has given rise to a large number of people who already have their basic living needs satisfied, namely the middle class, leading them to develop higher aspirations. These higher aspirations vary widely from person to person and are subject to changing rapidly, the irony being that this means they can no longer be satisfied through standardization.

This has had two consequences in particular.

The first has involved efforts to respond to this change and diversity by persevering with past practices. Human flexibility has been called on in an attempt to deal with those things that are beyond the scope of standardization, people being more flexible than machines and able to cope with a wider variety of situations. This in turn has given rise to large numbers of service jobs, with the service sector making up a rapidly expanding proportion of developed economies. Examples include the staff of mobile phone shops and convenience stores where the models and products on offer change daily, or the distribution center workers and delivery staff who serve e-commerce. The continual need for flexibility and the difficulty of automating everything makes a reliance on human labor unavoidable. In the hope of achieving economies of scale in this work, it has also led to the expansion of outsourcing companies that handle distribution and back office tasks.

Unfortunately, this approach has major problems. First of all, the added-value of this labor is low. This in turn led to an increasing number of people on low wages and with low social status. It also became one of the reasons behind emerging inequalities in society. In Japan, a reliance on this approach to change saw the nation’s economic position decline relative to the rest of the world, and with this came rising inequality.

The second thing that happened was the use of data and algorithms to respond to change and diversity by means of the Internet and other IT. The main proponents of this new approach were entrepreneurs in USA. For example, search portals provided a way to satisfy people’s need for immediate information via the web, with this information also being used to match service providers with individual consumers. This has resulted in the growth over the past two decades of the huge multinational companies collectively referred to as “GAFA” (Google, Amazon, Facebook, and Apple). While this approach to change began with these matching businesses that are a natural fit with the web, the expectation is that it will expand to encompass businesses that play a more important role in the physical world, including manufacturing, transportation, energy, and healthcare.

The guiding principles behind this approach are experimentation and learning. The only way to discover how best to respond to change and diversity is to try things in practice. In other words, rather than the widespread adoption of standardized rules, what is needed is to be forever trying new things and learning as you go. Obviously, business activities on which customers rely offer only limited scope for experimentation. For this reason, the bulk of this experimentation involves the use of data and takes place on computers where a lot can be learned from small experiments. This is what artificial intelligence (AI) and data are for. Moreover, those businesses and people best able to use data and AI in this experimentation and learning are well rewarded economically and enjoy a high social status. The concern is that this will be a cause of further inequality in the future.

A Society in which Everyone Can Explore the Unknown

In his 1993 book “Post-Capitalist Society,” Peter Ferdinand Drucker proposed that the greatest challenge for society in the future would be new class conflict between, on the one hand, knowledge workers who produce high added value and, on the other, service workers whose added-value is low. He predicted more than 25 years ago that, for the post-capitalist society, boosting the productivity of service workers will be both its greatest economic challenge and its greatest social challenge. The class conflict between capitalists and workers that Karl Marx saw as a historical inevitability was averted by the productivity gains arising out of work by Frederick Winslow Taylor. Despite this, we have now reached a situation in which people are concerned about class conflict breaking out in a new form.

So, what should we be doing to avoid this new class conflict?

The answer lies in boosting the productivity and dignity of service work. This also involves service workers taking their place alongside knowledge workers as proponents of experimentation and learning.

There are two aspects of the utilization of data and information that are important in this context. The first is to avoid mistakes by making correct use of what is already known. I call this “exploitation.” The second is to uncover previously unknown possibilities. I call this “exploration.” The two activities are very different. Much of the debate about the use of AI fails to distinguish between them. While exploitation still has a vital role in this time of change and diversity, it is no longer a means of adding value. It is exploration that creates value.

We set guidelines and determine best practice based on our limited experience. In many cases, we are constraining our own potential. We saw with our own eyes a computer beat a human champion in the game of Go. The computer player made moves that defied standard tactics and common sense, such as placing stones in the middle of the board from the outset. Despite this, it came out on top. By sticking to standard tactics and common sense, we have blinded ourselves to all but a small fraction of the infinity of possibilities. This is a limitation we have placed on ourselves and constitutes a “standardized rule” in the broad sense of the term.

The coming society will be one in which everyone is an explorer of the unknown. Through our work, we will become people who open up previously unknown possibilities, who are respected by society, and who retain our dignity. It will also be a time in which we must avoid creating jobs that involve nothing more than the deployment and execution of standardized knowledge. To do so would be a socially irresponsible act that encourages a new class conflict.

Which is not to say that this will be easy. Nor is it something that can be brought about through the mechanistic application of AI and data. A particular difficulty is that, no matter how far information technology progresses, an individual human being can possess only so much information and knowledge, meaning that different types of people will need to work together to achieve their goals. In other words, it is because this is an era of AI and data that communication will be more important than ever, and will be essential if we are to avoid economic inequality and new class conflict.