Recently, progress is being made on the practical application of technologies for installing high-capacity lithium-ion batteries in rolling stock and using them for traction power. In particular, use of batteries in rolling stock that runs on non-electrified sections of track can save energy, minimize noise, and reduce maintenance requirements compared with conventional diesel railcars. Hitachi has successfully commercialized a battery-powered train that can run on non-electrified sections of track by using energy stored in batteries that are charged from the alternating current overhead lines, and delivered it as the JR Kyushu Series BEC819. For hybrid rolling stock that supply power using a diesel engine and batteries, Hitachi has also developed a function that enables them to operate as electric railcars by fitting them with low-capacity emergency batteries that can be used when the main batteries are unavailable. The hybrid rolling stock have been delivered as the JR East Series HB-E210 and Series HB-E300 trains (fleet expansion trains). In the future, Hitachi will continue to meet a wide range of customer needs by drawing on the experience it has accumulated in battery-based technologies through its work on trains powered by batteries. 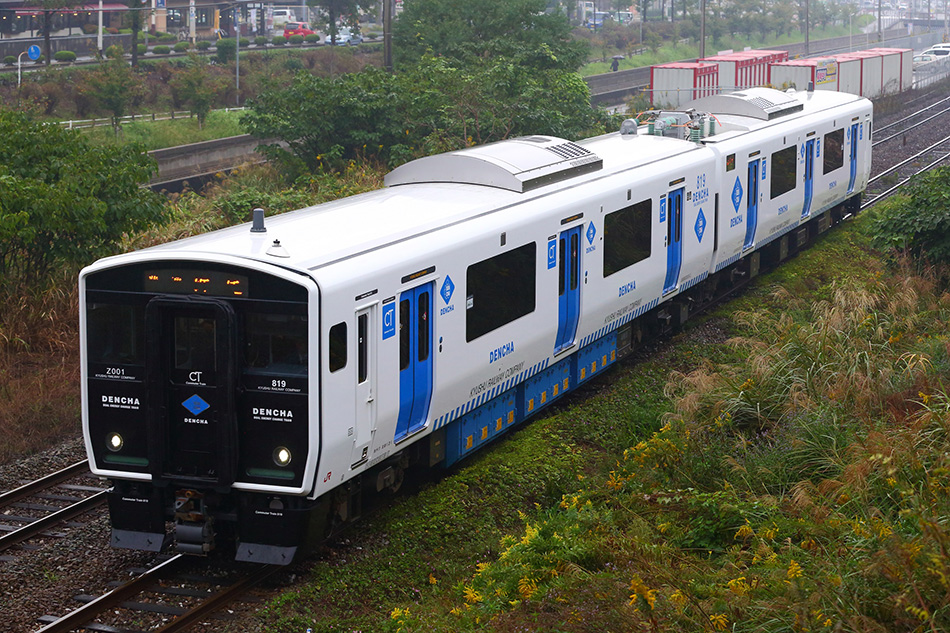 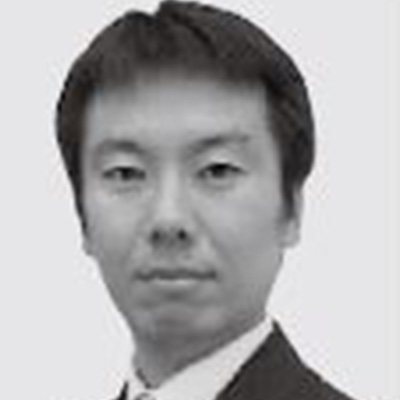 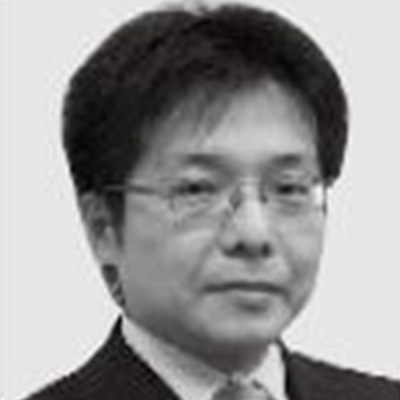 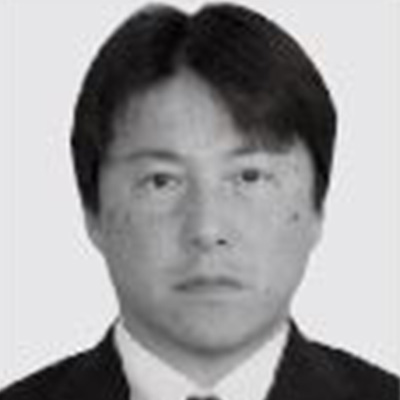 LOOKING for ways to reduce the energy consumption and environmental impact of rolling stock, Hitachi, Ltd. has been working on developing drive systems powered by batteries. Hitachi's first effort in this area started in 2001 when it collaborated with the East Japan Railway Company (JR East) to work on technology for rolling stock that travels on non-electrified lines. It developed a hybrid drive system that combines an engine-generator and batteries(1), commercializing it for the KiHa E200 in 2007(2). Hitachi has also partnered with the Kyushu Railway Company (JR Kyushu) to work on technology that enables travel on non-electrified lines using only batteries. This project resulted in the development of a battery-powered train that can run on non-electrified sections of track by using energy stored in batteries that are charged from the alternating current (AC) overhead lines(3), and was commercialized in the Series BEC819. Hitachi has been able to provide these railcars with highly reliable battery drive systems in a short time by selecting the optimum batteries for each application from among the automotive/industrial-use lithium-ion batteries developed or released by the Hitachi Group.

This article presents an overview of the drive systems used in the battery-powered train charged from AC overhead lines and hybrid rolling stock described above, along with the future outlook for battery-based technologies.

Developed for hybrid vehicles, this battery module features a thin and compact modular design created for onboard use. Each hybrid train has been equipped with 16 of these battery modules to absorb regenerative power.

Developed for industrial use, this battery module provides high storage capacity while ensuring constant charge/discharge output performance. Each battery-powered train with two cars charged from AC overhead lines has been equipped with 216 of these battery modules to ensure stable travel distances.

TABLE 1. Hitachi’s Lineup of Lithium-ion Battery Modules for Rolling Stock Various types of lithium-ion batteries can be selected to create the optimum system for the application.

High-capacity lithium-ion batteries (about 360 kWh output) are installed under the floor of the train.

To provide a battery-powered system using high-capacity batteries in rolling stock, Hitachi collaborated with JR Kyushu to develop a battery-powered train charged from AC overhead lines to support through service between electrified and non-electrified line sections. Without requiring an engine, the train's drive system not only has lower energy consumption and maintenance requirements compared with conventional diesel railcars, it also creates less noise, which improves the comfort of passengers and area residents. The system was installed in Series BEC819 trains, which began service in October 2016. Fig. 1 shows the exterior of the Series BEC819.

Fig. 2 shows the system's main circuit configuration. The main circuit has been configured with the drive system batteries and auxiliary power supply connected to the DC stage of the main converter. When passing through a neutral section at low speed on an electrified line section, conventional AC trains may experience shutdowns of auxiliary equipment (such as onboard fluorescent lights and air-conditioning) due to instantaneous overhead line power interruptions. But this system can use energy from the battery to drive the auxiliary power supply, enabling uninterrupted operation of auxiliary equipment. The system has been configured with the drive system battery and auxiliary power supply connected to the DC stage of the main converter. 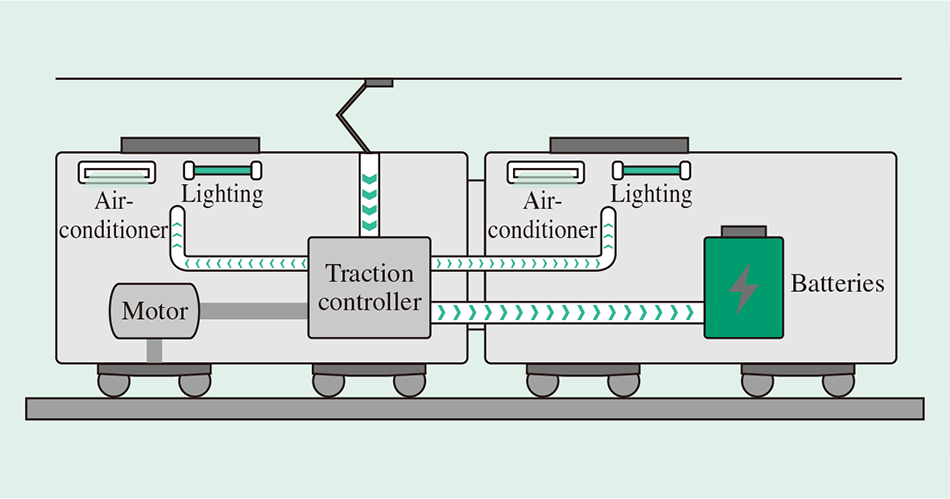 The AC power from the overhead line is converted to DC power by the traction controller, charging the batteries. 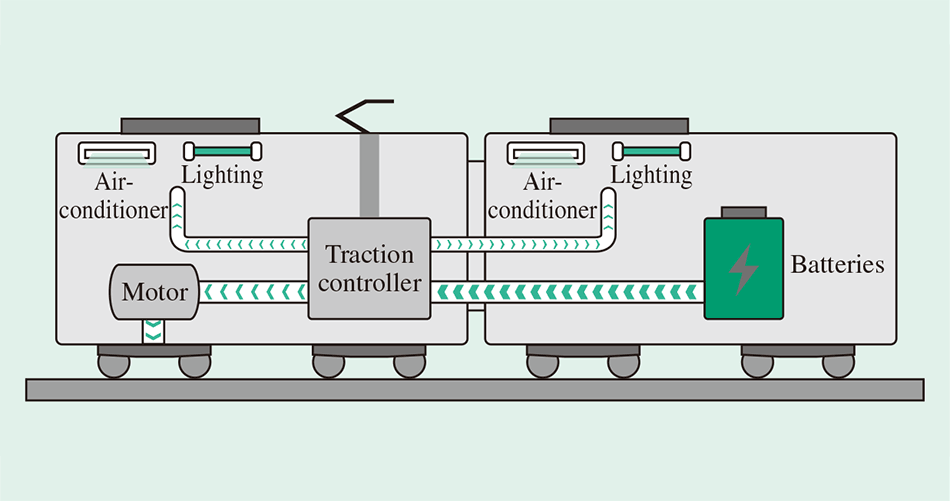 The power discharged from the batteries is converted to AC power by the traction controller, driving the motor.

The motor is operated as a generator to obtain braking force, and the traction controller is used to convert the generated AC (regenerative) power to DC power to charge the batteries.

Use of High Energy-density Battery Modules

This system uses high energy-density battery modules. The module consists of a battery bank containing 72 batteries connected in series with a capacity of about 120 kWh (1,598 V, 75 Ah), and three of these banks are used for a total capacity of about 360 kWh. The installation of high-capacity batteries enables the train to cover distances of 30 km or more on non-electrified line sections without charging. While lithium-ion batteries have the problem that low temperatures cause a rise in the internal resistance and a corresponding decline in output performance, the battery module used in the system greatly mitigates this decline in performance at a temperature of –20°C.

A new series was introduced to enable through services between DC and AC line sections.

As an adjunct to restoration work being done on the entire Senseki Line in Miyagi prefecture, including the section between Takagimachi and Rikuzen-Ono, which was shut down after the Great East Japan Earthquake, a new route called the Senseki-Tohoku Line was opened on May 30, 2015, to further assist recovery in the area. The Series HB-E210 hybrid train (see Fig. 6) was introduced to enable transfer-free through service between Sendai and Ishinomaki, connecting two lines directly with different types of electrification—the Tohoku Line (with AC electrification) and the Senseki Line (with DC electrification)(4).

Features of the Series HB-E210 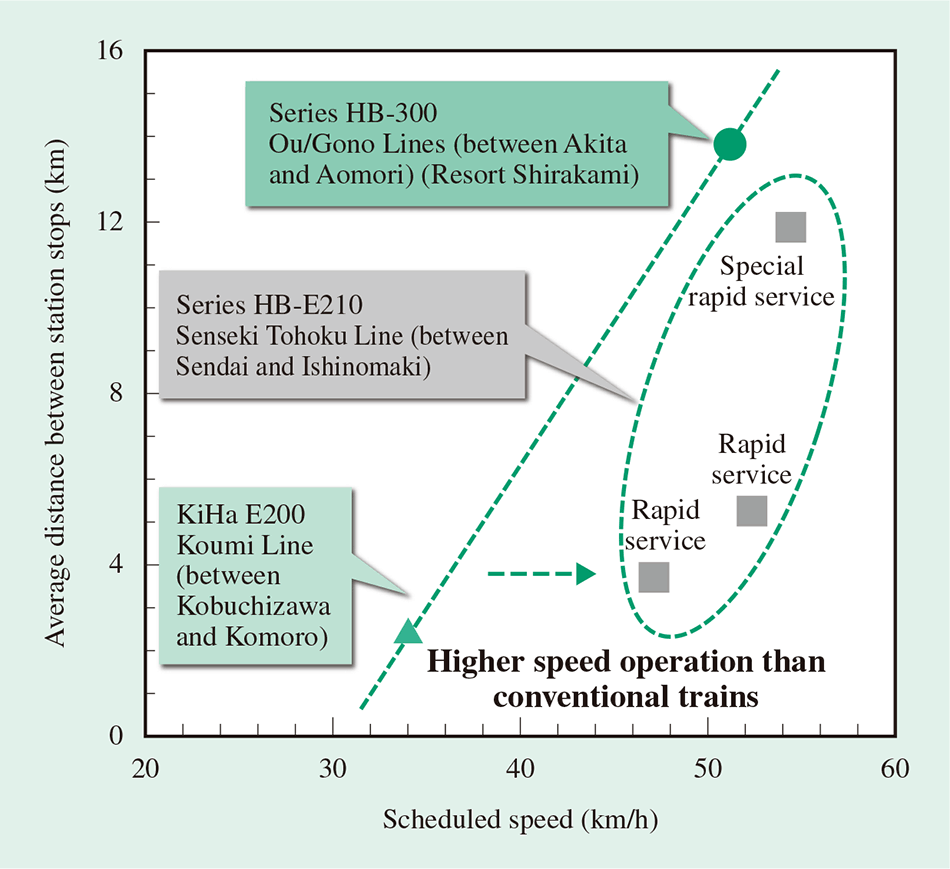 Hybrid trains have average distances between station stops that are equivalent to those of conventional trains, but demand faster operation (high acceleration/deceleration performance). 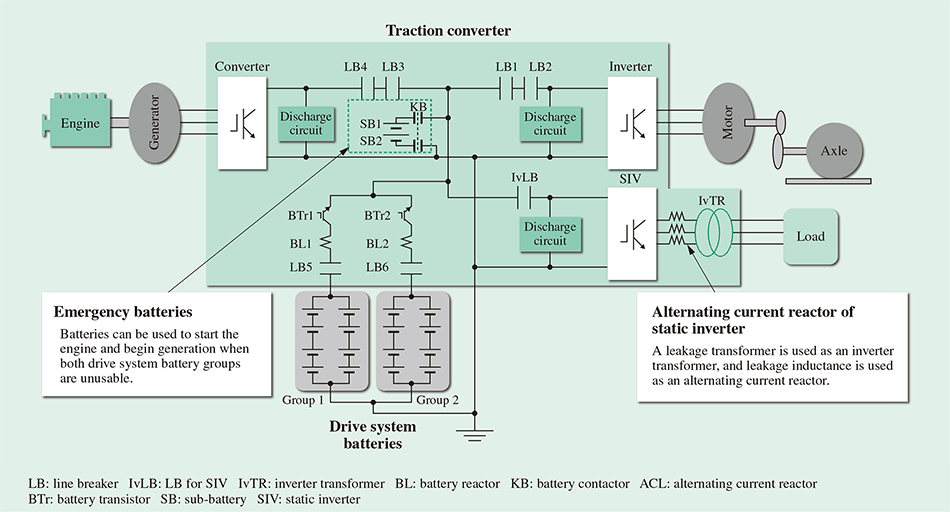 The basic configuration is the same as a conventional hybrid drive system, but emergency batteries have been added to improve redundancy. 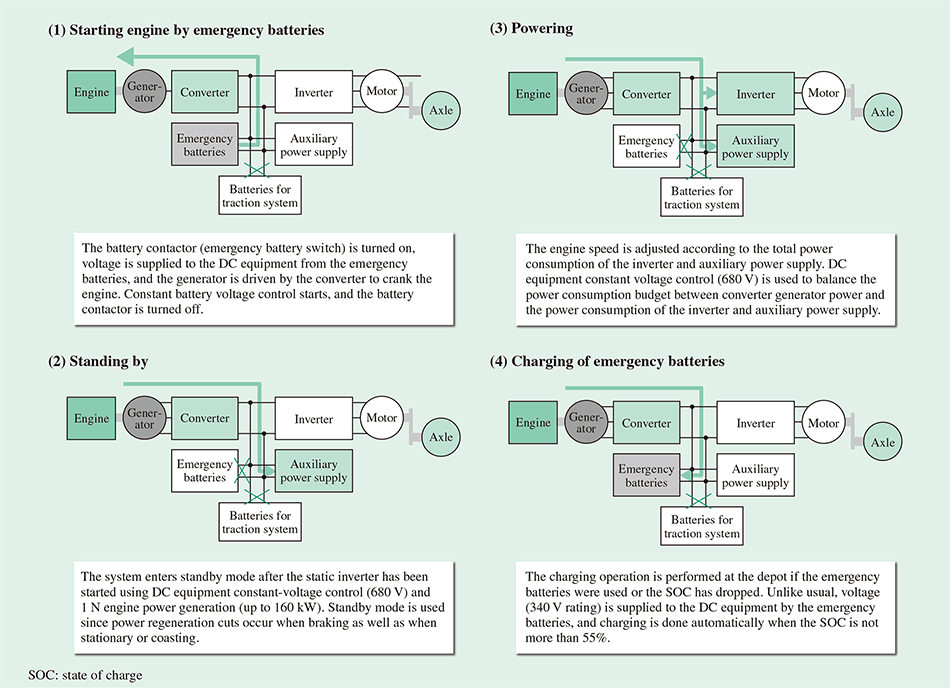 The onboard emergency batteries enable operation as a diesel-electric multiple unit. 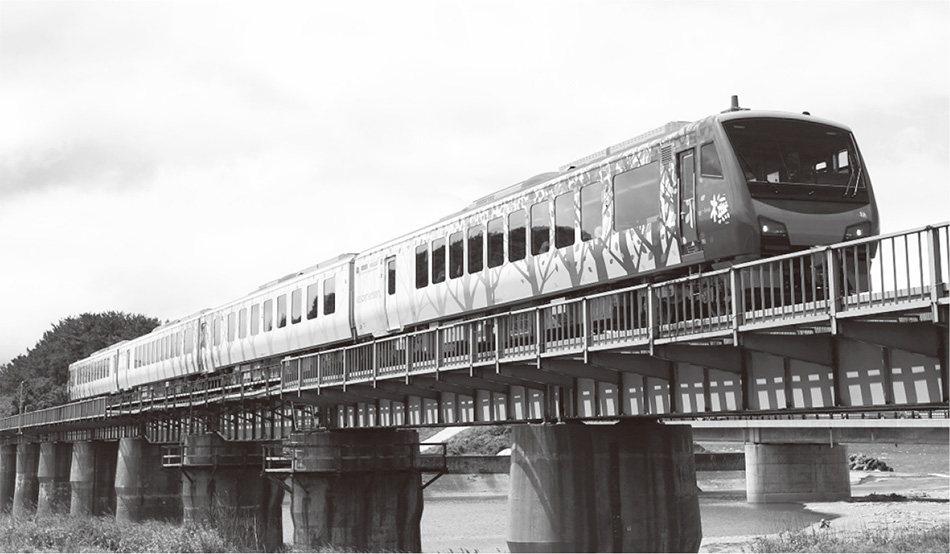 A new fleet expansion train was provided for the Resort Shirakami rapid service. 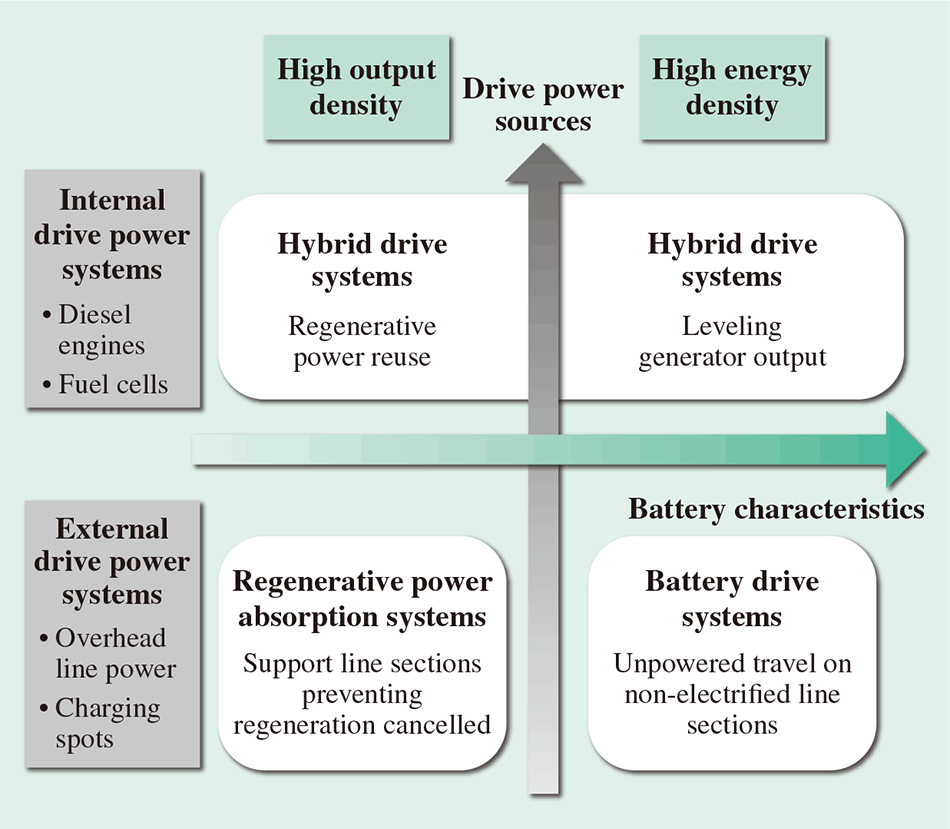 The drive system products proposed and commercialized to date have used high output-density or high energy-density battery-powered drive systems, as the application required(5), (6).

In addition to the Series HB-E210 presented in the previous chapter, Hitachi has also commercialized the Series KiHa E200 and Series HB-E300. High output-density batteries with rapid charge and discharge capabilities are crucial for achieving regenerative power absorption when braking as well as the idling stop and start features of these systems. But for equipment that prioritizes efficient generator output, such as fuel cell systems, another approach is to configure the drive system to level the generator output, for example by relying on high energy-density batteries to bear the driving force as the rolling stock.

After first developing a test train with JR Kyushu starting in 2011, Series BEC819 trains equipped with the drive system presented above went into service in October 2016. As the first battery-powered train charged from AC overhead lines in Japan, the series operated on local line sections of track tens of kilometers long (connected to electrified main lines), verifying that they can provide continuous operation even without an overhead line. The product offers the performance of a high energy-density battery, and should be in high demand for service on the many line sections around the world that have the same characteristics.

The products described in this article have enabled Hitachi to demonstrate the range of applications supported based on the characteristics of battery-powered systems, and to refine technologies for mastering batteries and equipment lifespan management technologies.

The authors received support and assistance from members of JR Kyushu and JR East with traction power supply systems including everything from finalizing specifications to design, production, and evaluation. Support and assistance was also received from the Railway Technical Research Institute during Series BEC819 evaluation testing. The authors express their heartfelt appreciation.