Next-generation Energy Solutions Aimed at Symbiosis with the Global Environment

Next-generation Energy Solutions Aimed at Symbiosis with the Global Environment

The power and energy infrastructure market is on the verge of major changes. The power supply mix is being reviewed around the world in response to societal changes such as global greenhouse gas emission reductions, changes in markets for resources such as crude oil and natural gas, growing introduction of renewable energies, and power system reforms in Japan. 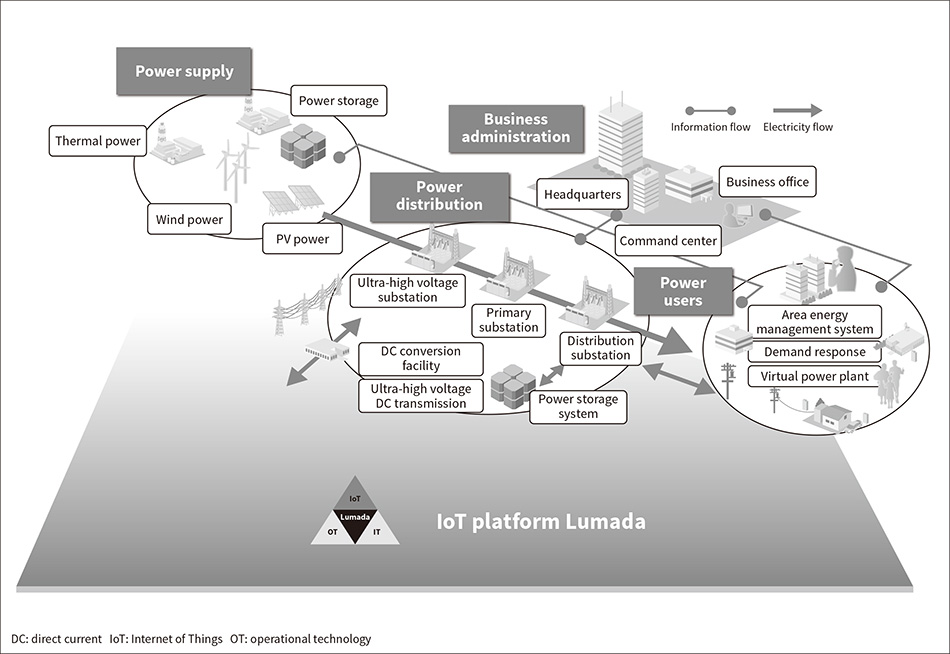 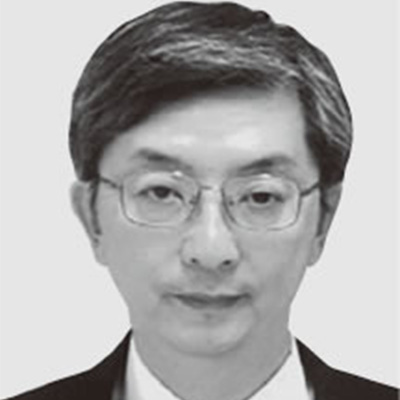 The power and energy infrastructure market is on the verge of major changes. The power supply mix is being reviewed around the world in response to societal changes such as global greenhouse gas emission reductions, changes in markets for resources such as crude oil and natural gas, growing introduction of renewable energies, and power system reforms in Japan.

At the same time, demands for power and energy infrastructure are becoming increasingly diverse among different regions and countries. In the USA, preventing major power blackouts caused by aging power distribution infrastructure and natural disasters, and power system stabilization in response to the greater introduction of renewable energies are urgent challenges. Emerging economies need to create energy infrastructure such as decentralized power supply systems for non-electrified regions. In Japan, the full liberalization of the retail power market in April 2016 has enabled the entry of many new power providers. Managing supply and demand to establish planned power balancing is another major challenge facing the country in the run-up to the 2020 unbundling of the transmission and distribution sectors. So, finely tuned responses are needed to the different situations facing different countries and regions, along with work that is grounded in an awareness of future sustainability.

Hitachi has provided many products, components, and systems to the power and energy infrastructure market over the years, and it is working on providing solutions to help solve customer problems by drawing on these strengths. This article looks at the challenges that are arising out of the societal changes now taking place in the energy industry, the responses they require, and the next-generation energy solutions that Hitachi is working on.

The Paris Agreement adopted at the Twenty-first Conference of Parties of the United Nations Framework Convention on Climate Change in December 2015 took effect in November 2016. The agreement calls for the signatory countries to reduce their greenhouse gas emissions to zero by the latter half of the century.

But global power output is growing, with renewable energy output expected to reach double the 2014 level by 2030 (see Figure 1)(1).

With renewable energies accounting for a growing share of power generation, there is a need for highly balanced power system of supply and demand.

Although a world leader in power market liberalization, the USA is experiencing frequent grid instability and power flow congestion from the increasing introduction of renewable energies, creating an observable trend toward non-wire solutions (solutions not involving power transmission line construction) to eliminate congestion(2). The cost of generating renewable energy has fallen 60% for wind power and 80% for photovoltaic (PV) power over the past 6 years, and the microgrid market is expected to reach 3.6 trillion yen by 2022 (a 10.9% annual growth rate)(3).

In Japan, the 2011 Great East Japan Earthquake manifested two challenges for the country’s power systems—inadequate supply caused by shutdowns of major centralized power sources, and planned blackouts or other forms of uniform checks on demand. The government responded in April 2013 by setting forth a power system reform policy outlining a three-phase set of reforms: (1) expanding wide-area grid operation, (2) fully liberalizing the retail power market and power generation, and (3) ensuring greater neutrality in the transmission and distribution sectors through legal unbundling. The Long-term Energy Supply and Demand Outlook by Ministry of Economy, Trade and Industry was also drafted in July 2015 in response to rapidly rising levels of CO2 originating from energy generation. An increase in the share of renewable energies to between 22% and 24% of all generated power by 2030 has been targeted*1.

Virtual power plants (VPPs) are a technology designed to efficiently optimize the balance of supply and demand by comprehensively controlling geographically widespread facilities such as small-scale renewable energy plants, storage batteries, and fuel cells, along with networks and systems that manage power demand. Other infrastructure attracting interest includes IT-driven digital substation systems designed to provide a stable supply of power while increasing energy usage efficiency, and cyber-physical systems that load real-space physical data into cyberspace, use it in various simulations, and feed back the results to the real space to control it.

The use of the Internet of Things (IoT) is growing worldwide as power systems come under review. The rise of the Internet and smart devices is enabling highly precise control of power demand, and big data and artificial intelligence are increasingly being used to improve the reliability of power grids(4). Key infrastructure facilities are also being protected from cyber-attacks in the USA through greater efforts to share cybersecurity information and to create partnerships among industry, academia, and the government(5). 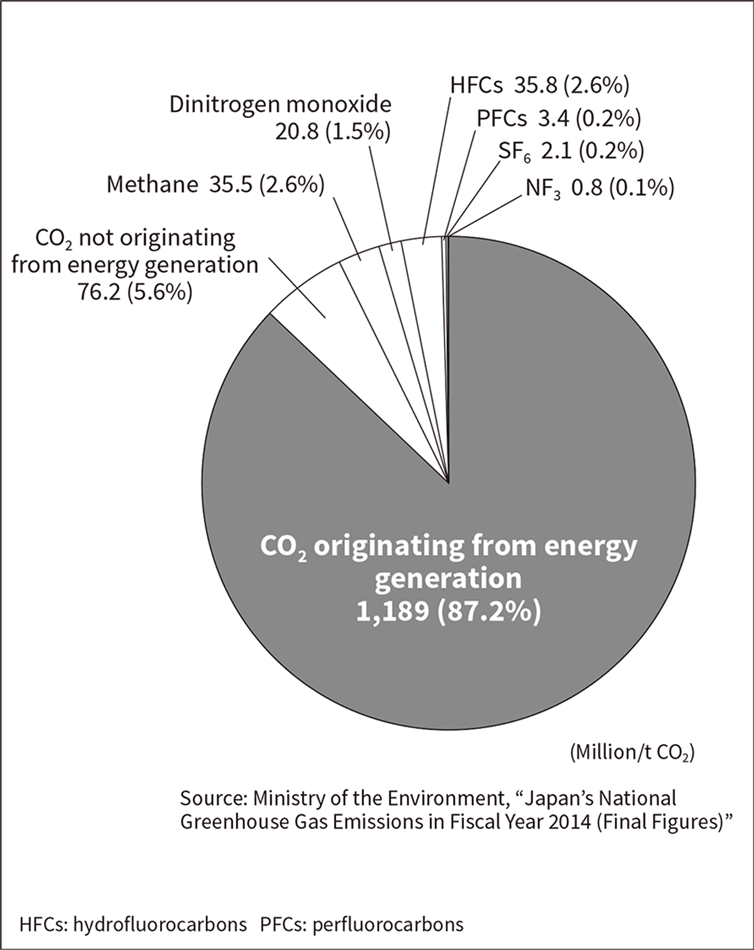 Japan will need a suitable mix of energy sources to achieve its CO2 emissions reduction targets.

As described above, measures to combat global warming are being undertaken through international collaboration. In 2014, Japan emitted 1.189 billion t CO2 originating from energy generation, representing 87.2% of the country’s total greenhouse gas emissions (see Figure 2)(6). So, increasing the introduction of renewable energies such as wind power generation and PV power generation will be a key measure for achieving the country’s CO2 reduction target. There will also be a need to consider efforts to ensure stable base load power sources along with the increasing use of renewable energies that fluctuate widely.

Technologies for high-precision supply and demand management and for combining decentralized power supply systems with centralized power supply systems will be used to implement grid stabilization and planned power balancing to handle the increasing introduction of renewable energies. These technologies could also be used overseas to replace aging infrastructure in developed economies, and to provide energy infrastructure in emerging economies.

Up to now, Hitachi has been focused on products and systems (hardware infrastructure) designed for objectives such as reducing the energy consumption of power system component devices, or increasing the efficiency of power plants. Going forward from here, it is planning initiatives that focus more on services and solutions (software infrastructure). Through collaborative creation with customers, Hitachi will combine its operational technology (OT), and that of its customers, with IT and the products and systems in which it excels, to create total solutions driven by digital technology (see Figure 3).

Drawing on the power and energy expertise and digitalization technologies it has accumulated throughout its history, Hitachi will continue to provide optimal solutions through collaborative creation with customers.

3.1 Renewable Energies that will Help Achieve a Low-carbon Society 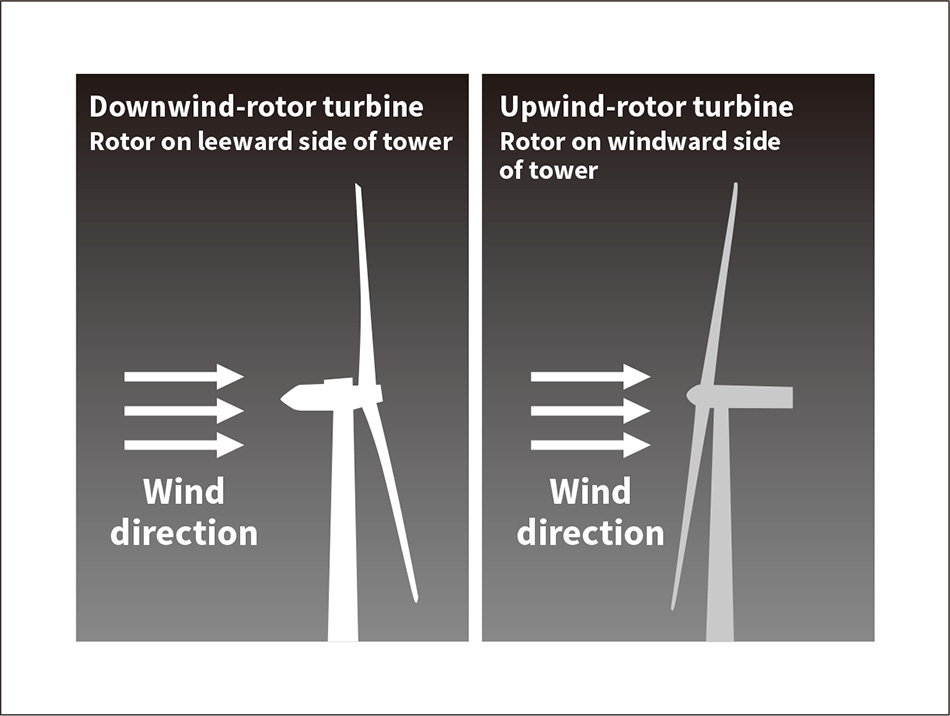 Downwind turbines have a rotor blade on the leeward side of the tower, enabling highly efficient, stable power generation output even in mountainous or hilly areas.

Focusing on the latest control technologies, this issue reports on the development and demonstration of Hitachi’s 5-MW turbines for offshore use, and the development of floating structures. 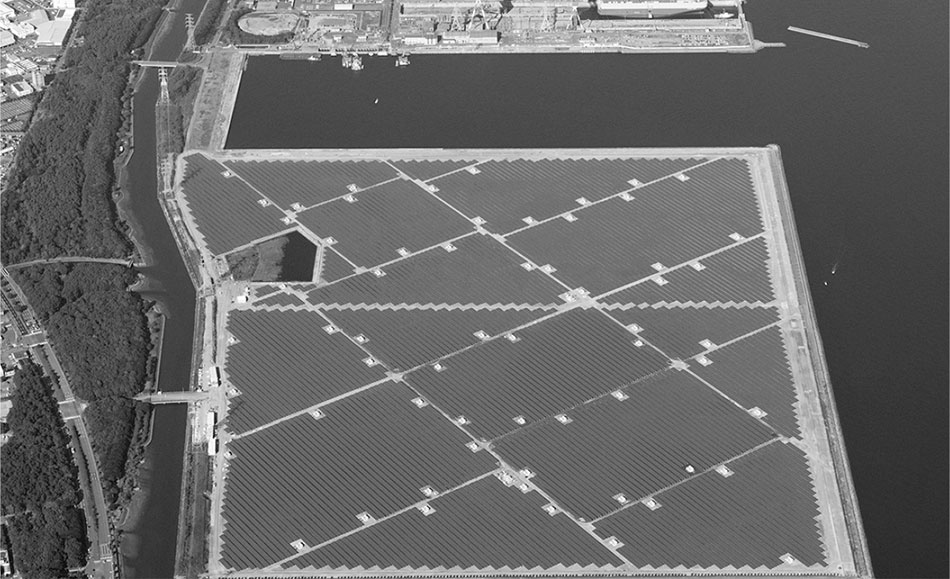 The generator is in the center, surrounded by the sea and a river. The site is about 1-km square, with nearly the entire surface area covered in photovoltaic modules.

In 2012, Hitachi won an order from Oita Solar Power Corporation, which is a subsidiary of Marubeni Corporation, to create an 82-MW megasolar power plant, which became one of the largest PV power plants in Japan. The plant commenced operation in March 2014, and is now in stable operation (see Figure 5).

*2
A set of about 15 photovoltaic modules connected in series to increase output voltage.

Amid the increasing introduction of renewable energy, which fluctuates widely, nuclear power generation plays an important role as a base load power source that can provide a stable supply of large amounts of power.

Hitachi acquired shares of the UK nuclear power developer Horizon Nuclear Power Limited in November 2012, and committed to constructing nuclear power generation plants at two sites in the UK. Hitachi’s first project with Horizon, the nuclear power station at Wylfa Newydd, is scheduled to start operation by the early 2020s. It has also applied for technical certification for an advanced boiling water reactor, which set to become the UK’s first. The process has advanced to the final step (Step 4) of the Generic Design Assessment procedure mandated by the UK’s Office for Nuclear Regulation, and Hitachi expects to receive the certification by the end of 2017.

Hitachi provides a variety of energy solutions based on the technologies and expertise it has built up over its history. Examples include transformers, substations, and grid systems, and management services for consumers. It has also recently begun constructing and operating systems adapted for the full liberalization of the retail power market.

Examples of Hitachi’s work in Japan include the development of the Kashiwa-no-ha Area Energy Management System (AEMS), a core technology for environmental symbiosis. The Kashiwa-no-ha AEMS was created as part of Kashiwa-no-ha Smart City, a joint project created by a partnership of industry, academia, and government organizations, and opened in 2014. Hitachi developed the Kashiwa-no-ha AEMS to help optimize regional energy use in facilities for creating, saving, or storing energy. Examples of its work overseas include participation in a demonstration project for a power smart grid in Hawaii, and development of technologies for excess energy storage and stabilization driven by large storage batteries and electric vehicle storage batteries.

This issue provides reports on demonstration projects for Hitachi’s energy management technologies and storage battery-driven technologies for energy-conservation and grid stabilization. It also reports on demand response and VPP technology-driven solutions, along with new work on microgrids in North America.

Finally, Hitachi has also been working on creating more advanced maintenance services. Hitachi’s predictive diagnostics system was developed for detecting warning signs of changes from normal states. The system works by combining advanced analysis technology with data mining technology that extracts significant information from big data provided by large numbers of products and systems. Hitachi has also agreed to develop an edge-computing environment in partnership with Eurotech S.p.A. This system enables information processing using client machinery and equipment. It can perform a set range of information processing without allowing any information outside of the system, feeding back the results to the client.

This issue presents some example applications of digital solutions driven by those systems, and reports on future concepts of predictive diagnostics services.

Hitachi has OT, IT, product, and system expertise in a wide range of business areas. Drawing on this expertise, it will continue working with customers to collaboratively create new value delivered via its IoT platform Lumada and will continue combining big data obtained from commercial power devices and systems, with deep data obtained from stored operations. Hitachi will also work with customers to devise energy solutions designed to solve various customer issues.