Air compressors produce compressed air and have a wide variety of industrial uses, including as power sources in factories. Hitachi first began manufacturing air compressors in 1911, and since then its air compressors have evolved with the passing decades to meet various needs. In recent years, Hitachi has been working in particular on energy saving and high efficiency. Hitachi oil-free scroll compressors, which produce clean compressed air that does not contain oil, are also equipped with an inverter, which reduces power consumption. Furthermore, the new Hitachi screw compressor series is equipped with an “air use point pressure prediction control” function that saves energy by reducing waste pressure. This control technology is installed standard in the 22- to 100-kW models of the Hitachi oil-flooded rotary screw compressor series and in the 15- to 120-kW models of the Hitachi oil-free rotary screw compressor series. Moving forward into the future, Hitachi will contribute to reducing CO2 emissions and preventing global warming while responding rapidly to customer needs through the manufacture, sale, and servicing of air compressors. 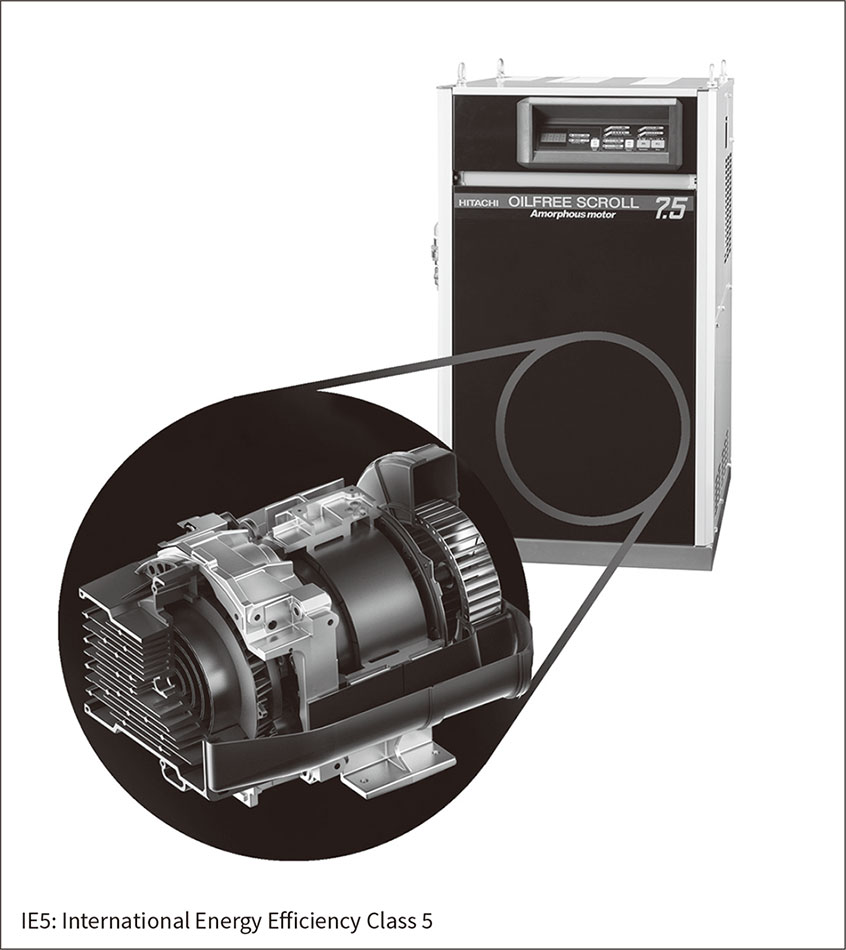 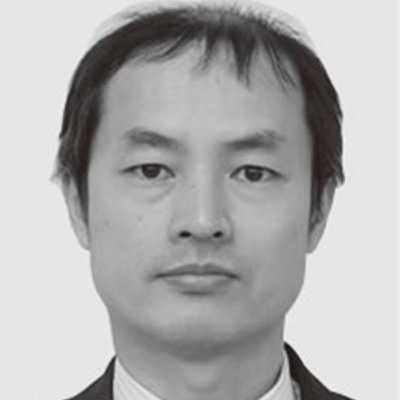 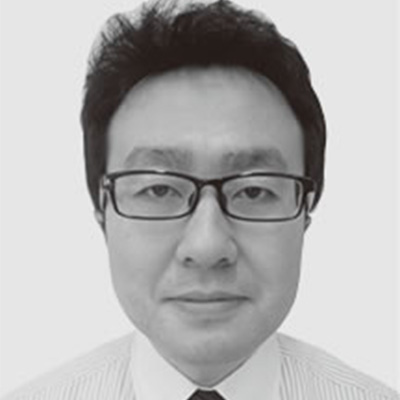 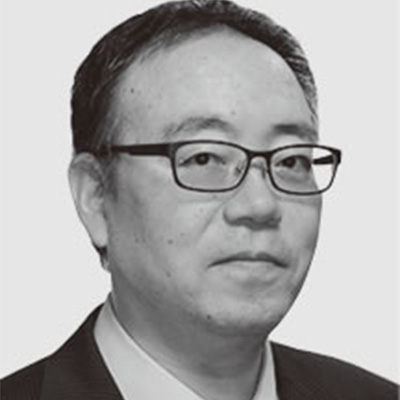 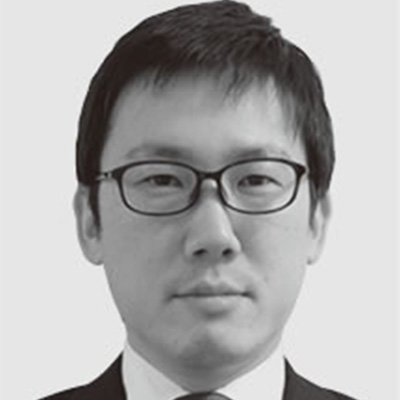 Air compressors are an essential air source used in facilities such as factories, and the power consumption of air compressors accounts for the majority of the total power consumed in factories. Therefore, with the growing awareness of the environment and energy conservation in recent years, demand has also been growing for products with high energy-saving performance, including for air compressors.

The use of inverters is a widely known method for increasing the energy savings of air compressors.

Accordingly, this paper begins by describing oil-free scroll compressors equipped with an inverter.

Oil-free scroll compressors offer the advantages of clean air and low noise, and various other benefits, including energy savings, can be obtained by equipping them with an inverter.

On the other hand, Hitachi screw compressors have previously delivered energy savings and high efficiency through a variety of mechanisms and control technologies. In particular, the new Hitachi screw compressor series are equipped with “air use point pressure prediction control” which automatically reduces the operating pressure on the upstream compressor side while maintaining the minimum air use point pressure in the compressed air pipe system by predicting the pressure loss in the piping to increase energy savings even further over previous models. This paper gives an overview of this air use point pressure prediction control and introduces its effectiveness.

This air compressor is manufactured by Hitachi Industrial Equipment Systems Co., Ltd., which began selling it in 2017. Energy-saving performance has been increased by using an inverter to drive the amorphous motor, which has efficiency equivalent to IE5. Furthermore, the volume of the product has been greatly reduced by combining the amorphous motor and compressor into a single unit.

To increase the energy savings of air compressors, it is important (1) to perform operation that matches the level of air consumption (optimal volume), and (2) to avoid operation at a compression level higher than needed (optimal pressure). This product delivers both of the above items simultaneously by controlling the rotational speed of the compressor using an inverter. The energy-saving performance has also been improved by installing a motor equivalent to International Energy Efficiency Class 5 (IE5), which is being developed as the highest level of international efficiency standards.

This product can maintain a constant pressure even when the amount of air consumption by the user changes. This is accomplished by controlling the rotational speed of the motor through installation of an inverter, delivering a high energy-saving effect by not operating the compressor at a compression level higher than needed (see Figure 3). 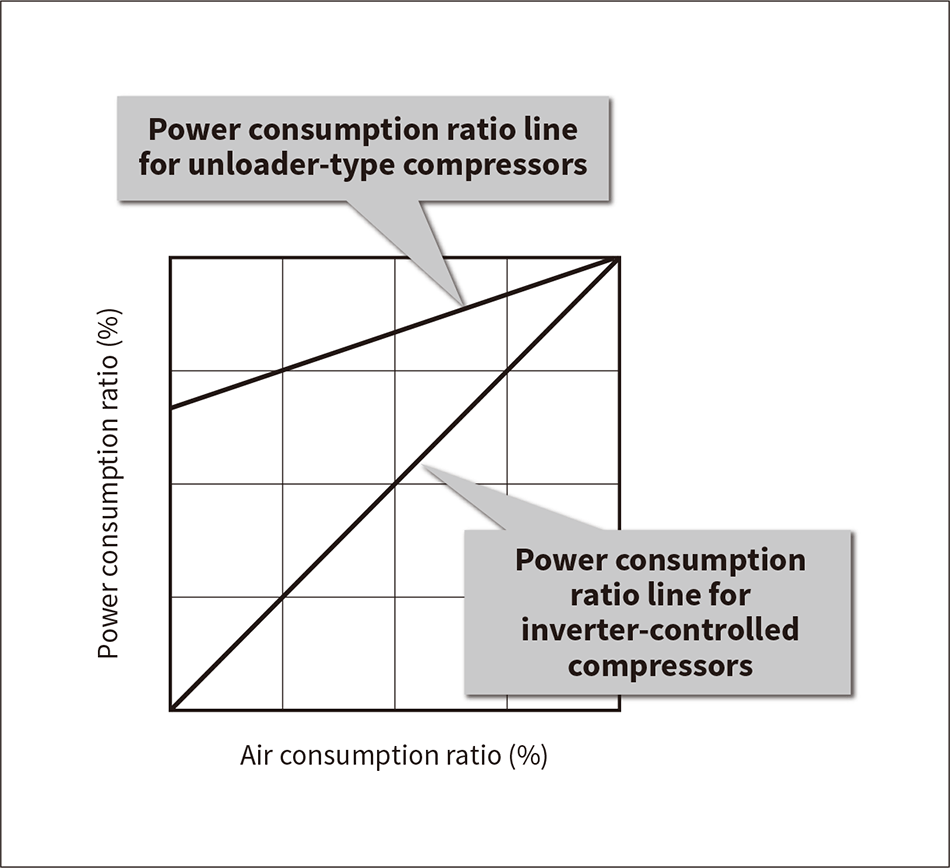 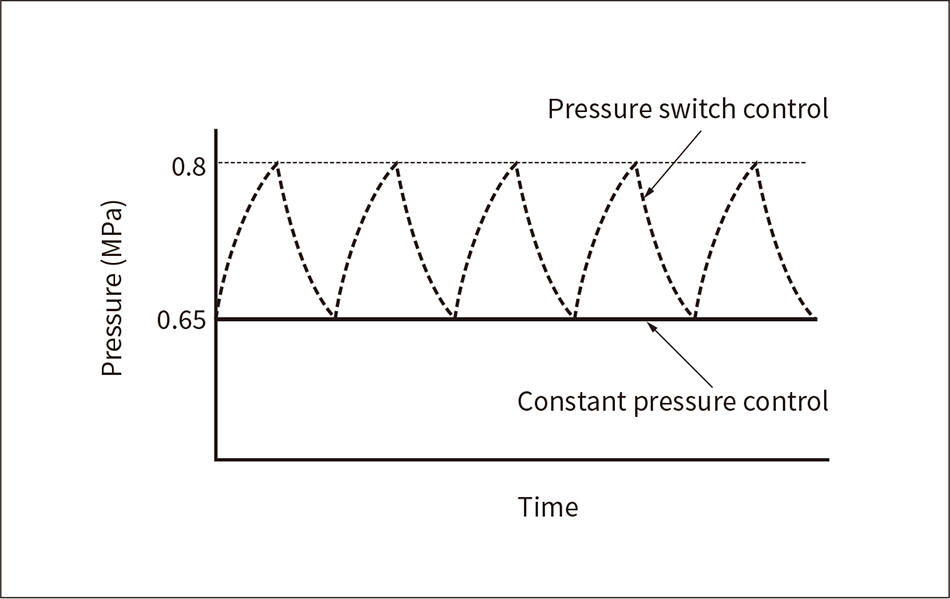 2.2 Expanding the Range of Discharge Air Flow and Pressure 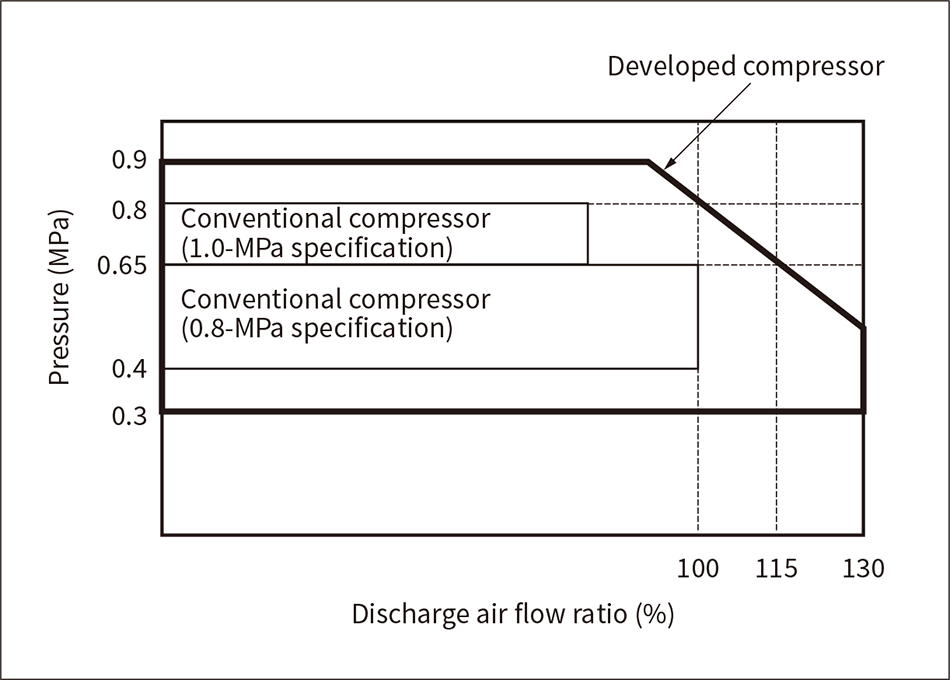 This graph shows the range of pressures and discharge air flow ratios that the developed air compressor can handle. A single model can cover a range that would require two models of conventional compressors.

Three other features are listed below (see Table 1).

This table shows a comparison of specifications between conventional compressors and the developed compressor.

In the compressed air pipe system running from the air compressor to the use points where the air is used, pressure loss occurs that increases as the pipes become longer and narrower and as the number of bends increases. The pressure loss also increases as the amount of compressed air that is used (pipe flow rate) becomes larger. However, if the operating pressure of an air compressor is reduced by 0.1 MPa, then theoretically the power can be reduced by approximately 8.4% in a one-stage compressor or by approximately 7.4% in a two-stage compressor. 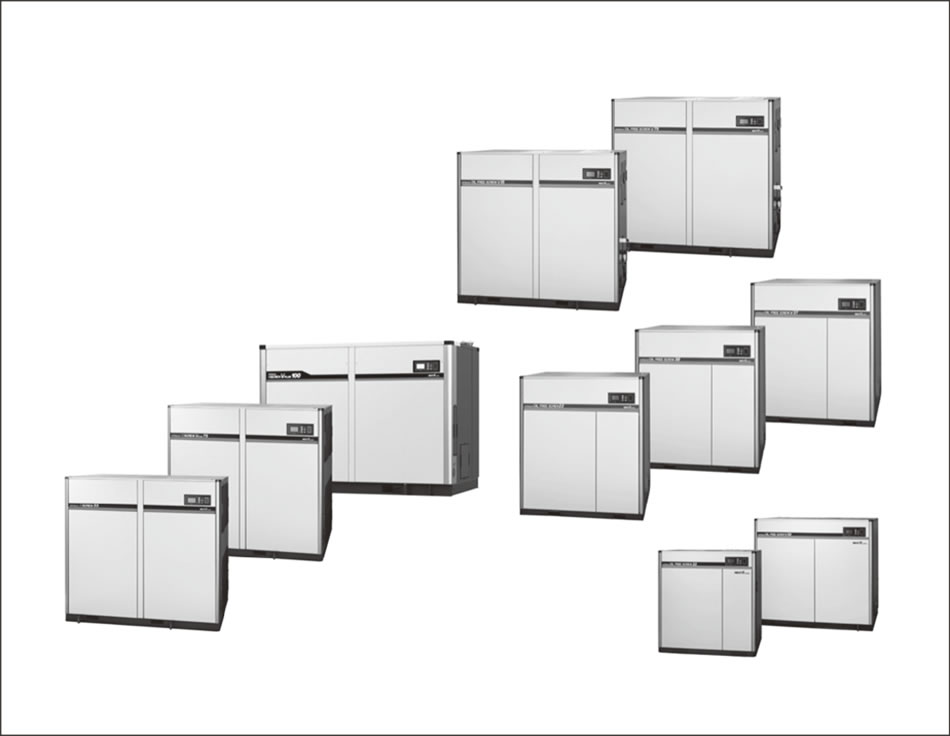 The energy-saving effect when the pressure loss in the compressed air pipe system is 0.15 MPa and the air consumption ratio is 60% during use of the air use point pressure prediction control function is 7.5% for the model OSP-37VAN2 oil-flooded compressor and 7.2% for the DSP-37VATN2 oil-free two-stage compressor (see Figure 8).

This paper has described the installation of inverters in oil-free compressors and air use point pressure prediction control that reduces operating pressure.

An oil-free scroll compressor directly driven by an amorphous motor introduced in this work successfully obtained even higher energy savings by installation of inverter control in a press switch-type air compressor that already offered excellent energy-saving performance. Hitachi Industrial Equipment Systems performs in-house manufacturing, sales, and servicing of inverters and motors installed in air compressors, and will continue to contribute to reducing CO2 emissions and preventing global warming by quickly proposing and applying these components.