Toward an Era that Draws People and Technology Together

Toward an Era that Draws People and Technology Together

Measures to strengthen various scientific technologies are underway for realizing the super smart society that Society 5.0 aims for. For its part in these efforts, Hitachi is promoting projects for illuminating issues that are expected to arise in the process of transformation to a super smart society and for illuminating the future vision needed to solve them. A method called “vision design” is applied in order to provide insights as to how technology can contribute to the form that society should take in the future. Here, key members working on the frontline of this project discuss the meaning, characteristics, significance of transmission, and other aspects of such a future vision. 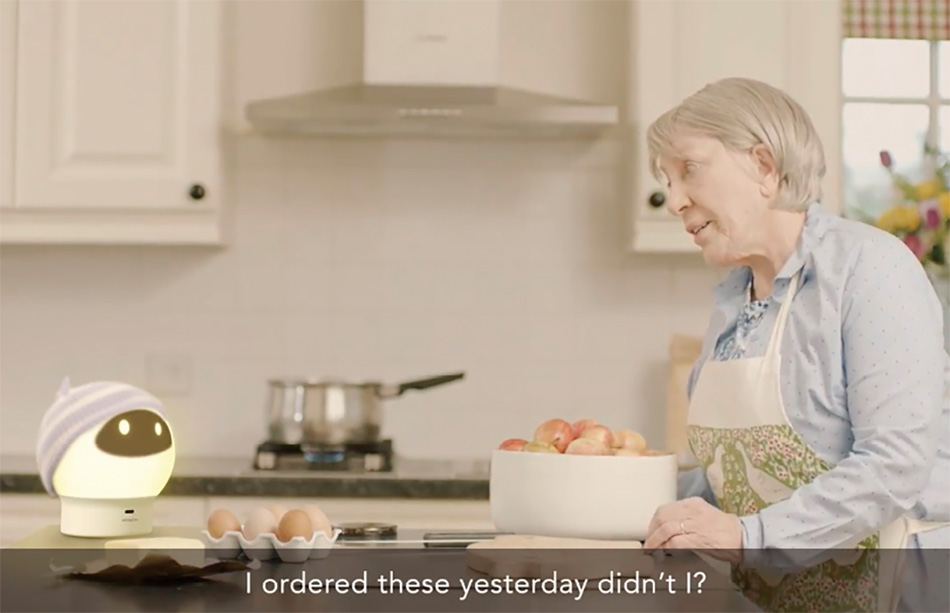 The Meaning of Illustrating a Future Vision 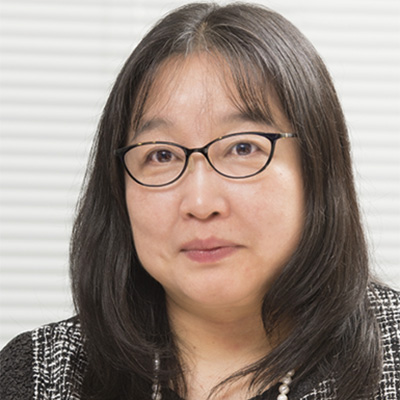 Figure 1Method for Vision Sharing in Collaborative Creation with Partners 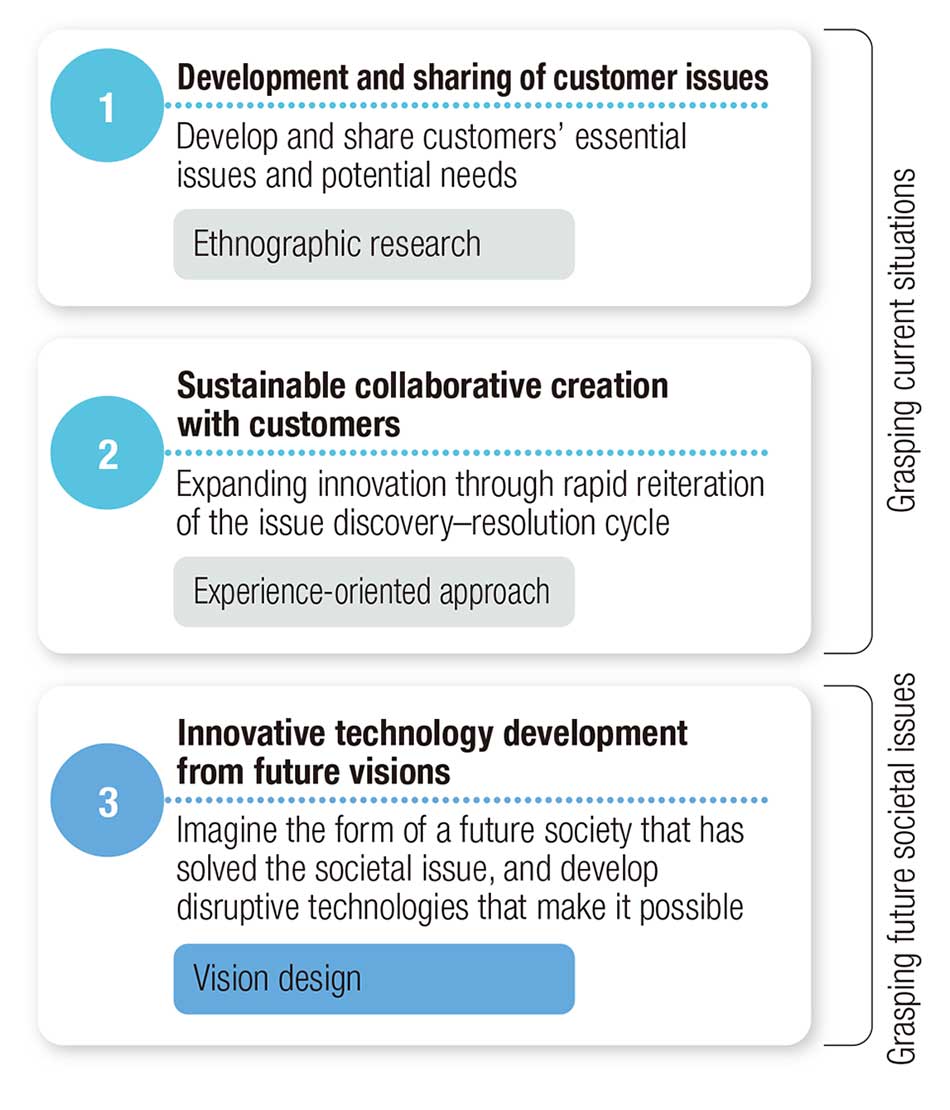 While other research approaches are used to grasp current situations, vision design is notably different in that it is applied to grasping future societal issues.

Hitachi has been applying various research approaches to advance collaborative creation with customers. One approach is “vision design” for illustrating a vision of society in the future (see Figure 1). This is a method of grasping future trends (kizashi) first, and then illustrating the image of society from the people's perspective to solve the issues described in those trends. Hitachi views challenges facing the world as trends shaping the future and seeks opportunities to create innovation in this regard. Societal issues are therefore considered not as negative factors, but rather as driving forces for creating new value.

In the Social Innovation Business that Hitachi promotes, it is not uncommon for solutions and services to take five years or even a decade before actual implementation. In this respect, the necessity of vision design is explained as follows by Kaori Kashimura (Robot & AI Project Leader, Future Investment Division), who has been engaged in research on the usability of products and services and exploration of various design technologies.

“It is, of course, no simple task to develop a vision of the future. First of all, nobody knows what the future holds, and thinking about it on our own tends to lead to biased perspectives. Even if we can find issues that will become important in the future, leaving the issues as they are found often ends with vague discussion. I would therefore like to show concrete ideas for addressing challenges, starting with obtaining opinions from various people from the level of their likes and dislikes, and developing those opinions into opportunities to discuss larger issues.” 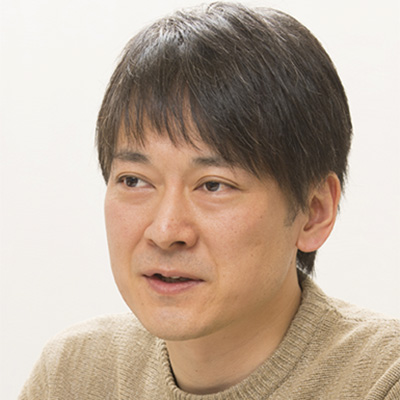 One feature of Hitachi's future vision is its consciousness of points of interest related to challenges and the appeal of approaches toward solving them in order to vitalize discussions. A more fundamental feature is that its approaches are established from people's perspectives.

Yoshitaka Shibata (Unit Leader, Vision Design Project, Global Center for Social Innovation – Tokyo, Research & Development Group), who has been engaged in vision design activities, responds to Society 5.0 as presented in the 5th Science and Technology Basic Plan of the Cabinet Office as follows.

“I think that the focus on ‘society,' rather than on industry or the economy, is consistent with our viewpoint in that we are thinking about a new human-centric image of society. Yet, I think it's difficult to obtain a concrete image of Society 5.0 as a super smart society where everyone can live a comfortable, vigorous life. What will happen after smart technologies have worked their way into people's lives? To deepen such discussions, I would like to present specific ideas that capture realistic issues that people can recognize, and we are creating a future vision to that end.”

One example is the smart technology of autonomous driving. Mr. Shibata emphasizes that, when considering the social value of autonomous driving, it is necessary to grasp not only the viewpoint of improved efficiency in mobility, but also a more comprehensive image of social workings that includes human psychology and organizations. The originality of Hitachi's future vision lies in the fact that it also considers compelling human issues that cannot be solved through smart technologies alone, and attempts to demonstrate ideas for solutions that lie beyond just being smart.

Toward Technologies Closer to People

Hitachi began its future vision initiative in 2010. To illustrate the form that society should take in the future, issues were summarized that people in the society of 2025 will face as 25 Future Signs*. Based on the vision design activities that started there, Hitachi has accumulated a number of achievements, such as the Kashiwa-no-ha Smart City concept in Japan and proposed healthcare services in the UK. Since establishing its Global Centers for Social Innovation in 2015 to bring together designers and researchers, Hitachi has been promoting activities more openly (see Figure 2). 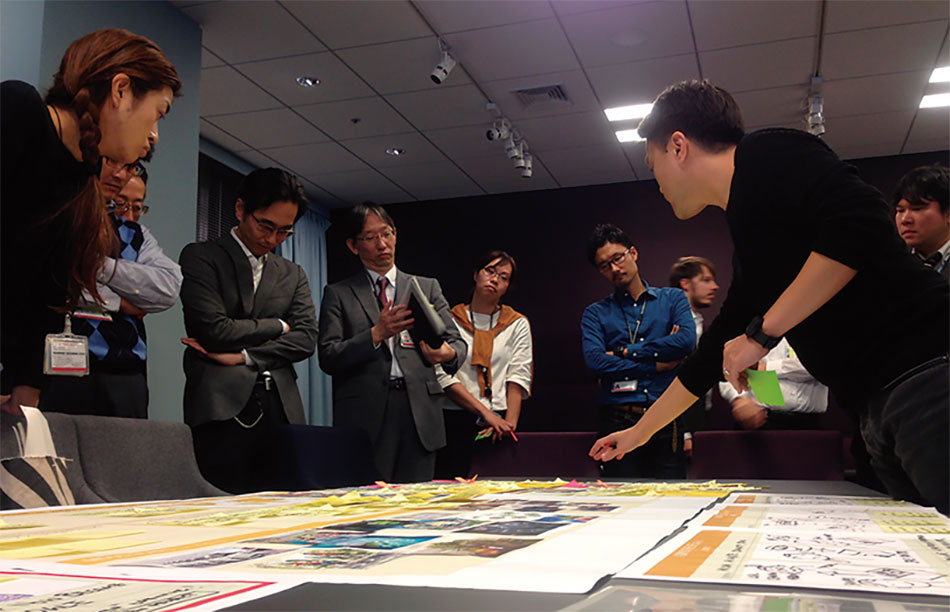 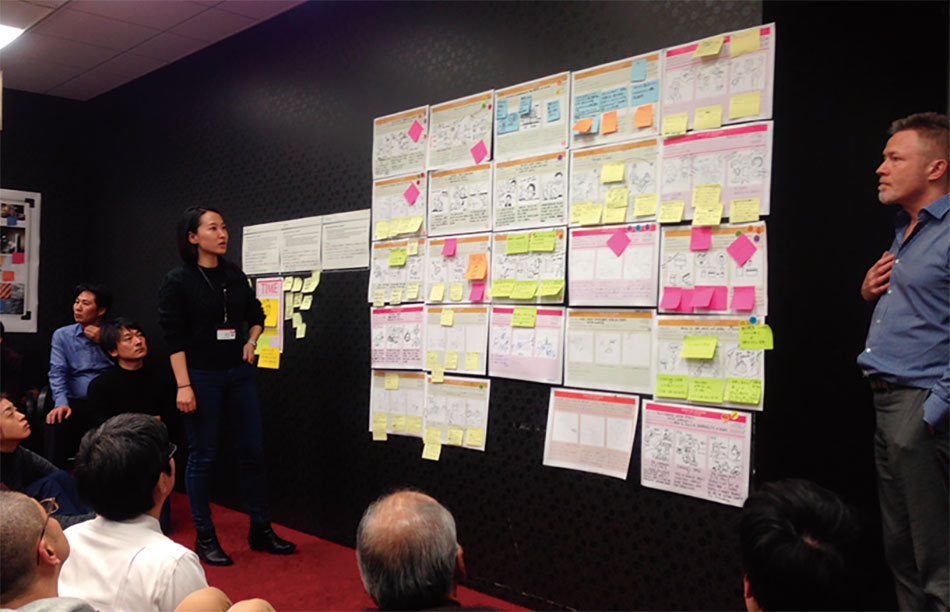 Based on future signs, which indicate future changes in consumer values, a future vision is drawn up through repeated consideration at workshops.

Specifically, Hitachi is studying solution scenarios that will provide answers to various future signs in fields such as energy, manufacturing, autonomous driving, and connected home appliances. For example, in response to the signs “free exchange of people and goods,” “changes in family models,” and “connectivity everywhere,” the following questions were posed and their future visions were illustrated:

Takuya Akashi (Senior Designer, Vision Design Project, Global Center for Social Innovation – Tokyo, Research & Development Group), Director of 25 Future Signs for 2025, reports that this project has reached the stage of concrete proposals for solution services. Some of those results were presented at CeBIT 2017, an international information and communications technology trade show held in Germany in March 2017 (see Figure 3).

Figure 3The Hitachi Booth at CeBIT 2017 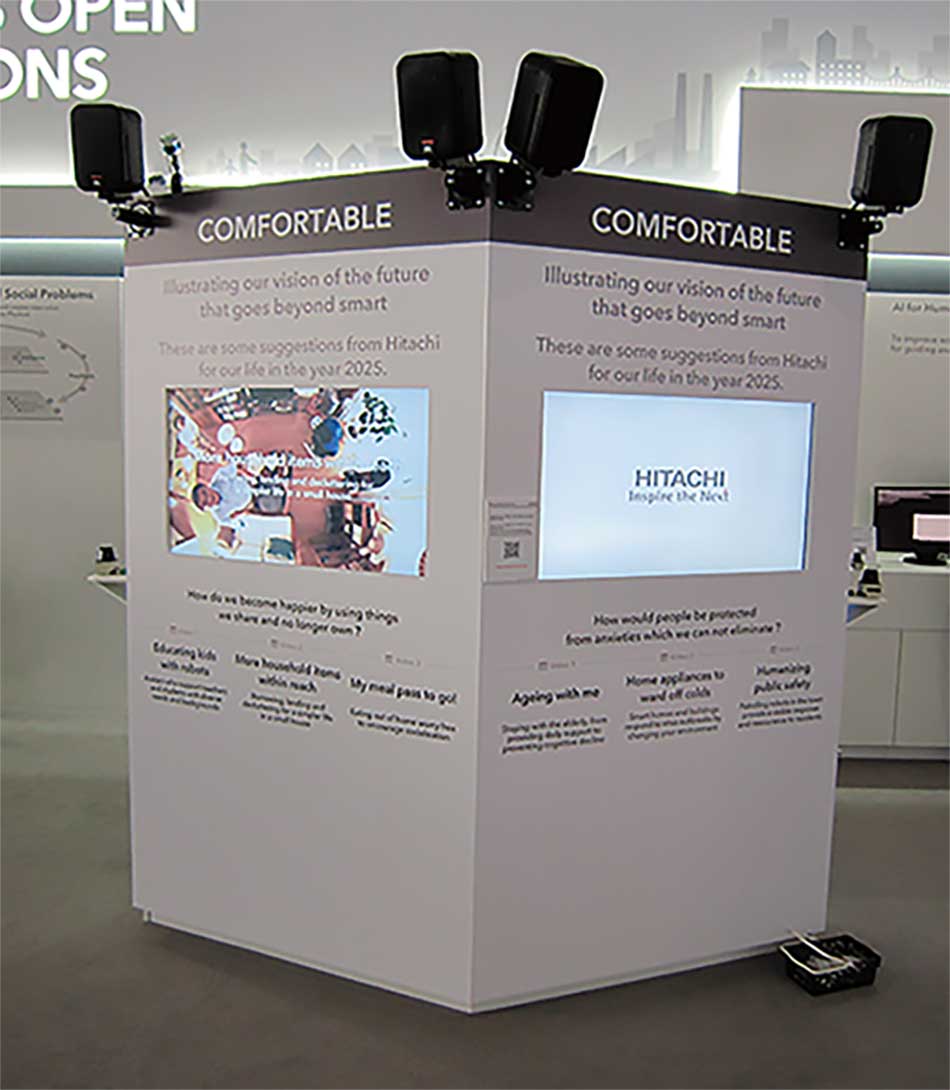 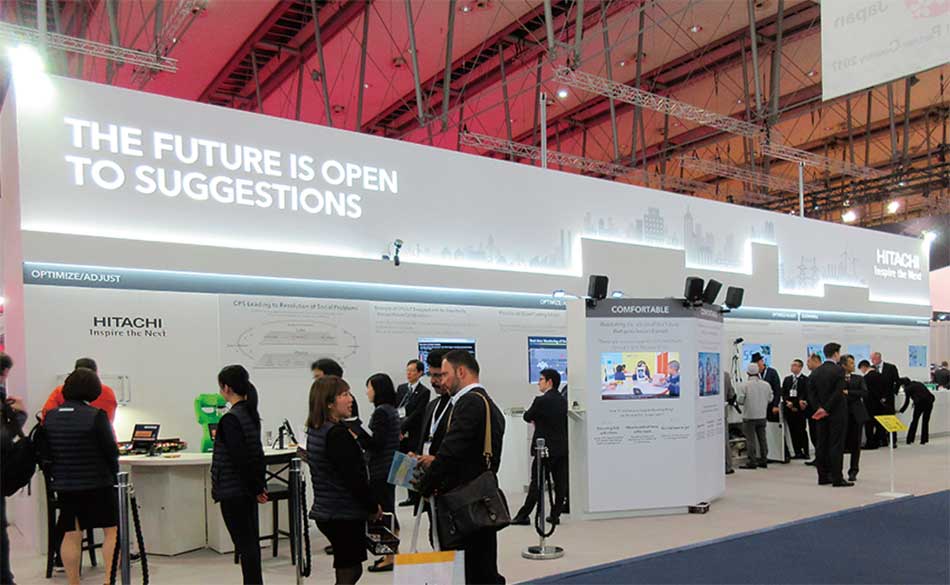 Some of the results of the Vision Design Project were presented as scenario videos at CeBIT 2017, an international trade show for information and communication technology held in Hannover, Germany.

“In the project,” Akashi says, “I started by imagining what kind of compelling issues would arise from using ‘future signs' to resolve current societal issues from a human perspective. The result was two future visions with the different directions of ‘Free exchange of people and goods / The liberation of not owning possessions' and ‘Eliminating anxiety from communities by watching out for residents.' At CeBIT, videos were presented showing related use scenarios for connected home appliances and a support robot for humans.”

Six proposed use scenarios were presented, three each for home appliances and for robots. The “Ageing with me” use scenarios, related to the “eliminating anxiety from communities by watching out for residents” future vision, investigates what robots can do to help (see Figure 4). The main character in this video is an elderly woman who lives alone and is experiencing cognitive decline. Her son gives her a service robot, who learns the woman's personality and interests through conversation. The ever-present robot provides lifestyle support, for example, by ordering on request the ingredients for the woman, who is good at making apple pies. When the robot notices subtle signs of cognitive decline, it changes roles. It asks questions to promote memory recall, such as “What kind of pie did you make last year?” and “What do you want me to buy?” to help prevent dementia.

Figure 4Use Scenario Video “Ageing with me”

A story in which a robot named Magnus helps to prevent dementia in an elderly woman through natural conversations.

“Of particular note,” Akashi says, “is that we are not trying to supplement cognitive functions with technology. This is instead a scenario in which the robot provides support in a natural way to prevent functional decline for those concerned about dementia. We suggested this as an example of getting closer to people in a way that is unique to technology. An important goal of the project is showing that a much different world is possible and knowing to what extent we provoke a response that considers such a world to be a better one.”

The “Educating kids with robots” robot use scenario related to “free exchange of people and goods / the liberation of not owning possessions” (see Figure 5) and others shown at CeBIT are available on a video sharing service.

A story set in a future where children can transcend national borders, illustrating how robots can support teachers and students with diverse cultural backgrounds and places of learning.

Next Steps toward Collaborative Creation of the Future 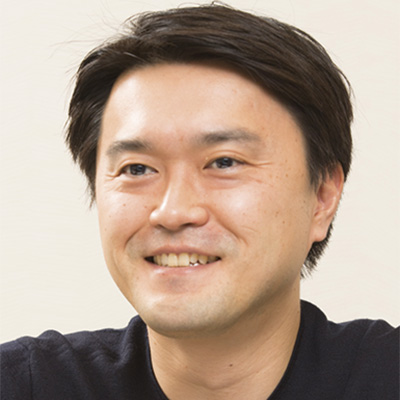 Furthermore, Hitachi is currently working on creating future visions that focus on payment as a point of contact between service providers and service users. This is related to awareness of the issue that the meanings of value and price are less likely to be conveyed to consumers as service designs becomes increasingly complicated.

Focus was placed on the expiration dates that must be applied to fresh foods. Assuming the prices are the same, most people will try to get food that is furthest from expiring. This is said to be a contributor to increases in food loss. This prompted the question of what would happen if, for example, the price was lowered each day as the expiration date approaches. Would this alter consumer buying habits, for example, making them willing to purchase soon-to-expire milk if they intended to drink it soon?

“In other words,” Akashi says, “this is a proposal for promoting value judgments by consumers themselves, by more precisely linking the price and value of goods, thereby also reducing food loss. People's awareness does not greatly change even with the increased convenience of payment methods. So, we're considering payments from the viewpoint of how to change people's feelings, and how to change social structures. Future visions based on a lifestyle perspective should lead to discovery of new markets.”

“We would like to increase opportunities for discussion with partners outside Hitachi, via websites and events and the like. The realization of the future visions we've illustrated is also important. When trying to realize them, we need to ask what kinds of technologies can be embedded, what kinds of business models will they form, and with what kinds of partners will we engage in collaborative creation. It's a vision that includes all these things.”

In April 2017, Hitachi established its “Future Investment Division” to consider trends for next-generation technologies and worldwide changes, and to study fields that are strengthening in the medium to long term. Ms. Kashimura, who is in charge of establishing new business in this division, describes the future prospects as follows.

“Japan has the world's longest average life expectancy, and while a long life is generally considered a wonderful thing, it is accompanied by a rapid progression of population aging and the decline of birthrates, so we can likely say that this is causing significant unease. Our vision of ‘eliminating anxiety from communities by watching out for residents' is geared toward this challenge, which Japan is facing as a world pioneer. We are looking for ways unique to technology of coming closer to people. My projects in the Future Investment Division are aimed at possibilities for how robots and artificial intelligence can make people happier, through discussions with various people outside the company and the realization of this as new business.”

Through collaborative creation with customers and partners, Hitachi will develop the next stage of its future vision that will make a super smart society comfortable for everyone.