Okinawa Urban Monorail, Inc. has ordered an additional six trainsets for use on the Urasoe Extension (which runs for 4.1 km from Shuri Station). The new trainsets have the same basic design as the existing 1000 series rolling stock but with upgraded safety and service performance.

Internally, the space in front of the longitudinal seats has been enlarged from 1,300 mm to 1,480 mm, and space has been provided next to the doors to make the interior more spacious, allowing for easier entry and exit when crowded. To accompany this more spacious interior, the rolling stock has been equipped with a safety function for preventing the limits on axle loads from being exceeded when at maximum passenger capacity. This function detects when the axle load limit is exceeded and interlocks this with the door close mechanism.

The route display has been upgraded by changing the format from a map to a liquid crystal display (LCD). In addition to enhancing accessibility by being able to display four different languages in six different character sets (Japanese kanji and kana, English, simplified and traditional Chinese, and Korean), the display was also designed with the growing number of inbound tourists in mind.

Among the other changes are active measures for better operation and environmental protection, including functional improvements to the monitoring equipment to support single-driver operation, reduced traction motor maintenance requirements, and the adoption of light-emitting diodes (LEDs) for the headlights and interior lighting. 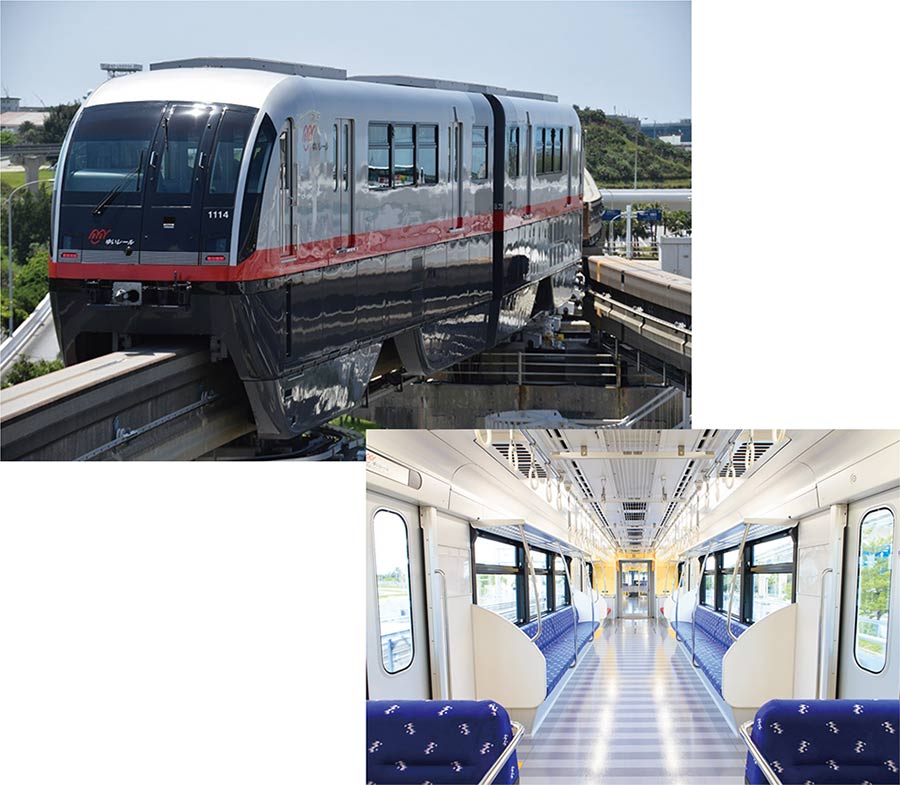 The power supply system supplied to Taiwan's Bureau of High Speed Rail, MOTC commenced operation on March 2, 2017 with the opening of the access line to Taoyuan International Airport, which has 21 stations and runs for 51 km from Taipei Station, via the airport (which is used by approximately 40 million people annually), to suburban residential areas and Zhongli District.

The power supply system is made up of three substations that connect to the 161-kV feeders from Taiwan Power Company, 27 direct current (DC) 750-V substations, and 36 substations for station equipment. Hitachi also supplied 248 high-speed vacuum circuit breakers (HSVCBs) with excellent disaster prevention performance that were being installed for the first time in Taiwan, 187 cubicle-type 22-kV vacuum insulated switchgear (C-VIS) units that met the criteria for reducing carbon dioxide (CO2) emissions because they do not use sulfur hexafluoride (SF6) gas, two regenerative inverters for capturing the regenerative power produced when rolling stock halts or decelerates on the steep gradient in the Linkou District, and one leak current measurement system for measuring, recording, displaying, and analyzing leak currents from the rails. By designing the system based on reliability, availability, maintainability, and safety (RAMS) criteria, Hitachi has succeeded in building a power supply system that is competitive in the market while also satisfying customer needs and reducing the load on the environment. 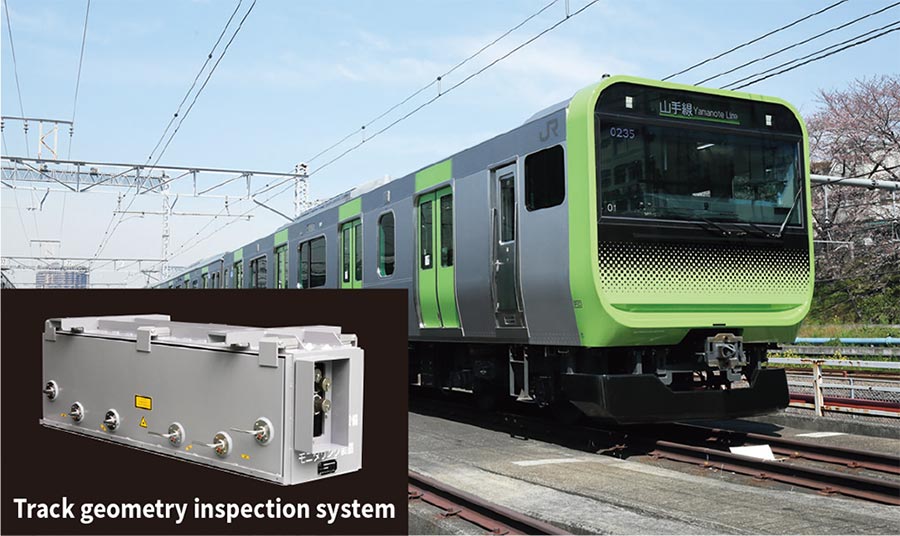 These systems are mounted under the floor of in-service rolling stock and monitor for track displacement with a similar level of accuracy to the East-i, a general inspection vehicle. The monitoring data collected by the systems is sent in real time via public mobile networks to the cloud for storage, where it is utilized for planning maintenance work. As the relevant people are immediately notified of any anomalous data that is suddenly detected during routine operation, the systems also contribute to maintaining the safety of daily operations by enabling emergency maintenance to be performed.

It is anticipated that the systems will prove useful in the future for generating new value through analysis of the big data they collect, and by enabling even safer railway operations and efficient track maintenance. As part of its medium-term management plan, Tokyo Metro Co., Ltd. has undertaken a functional upgrade to its Integrated Control Center to improve the center's performance.

The traffic control system (eight systems covering nine lines) and communication equipment were successfully switched over without major incident and without impact on normal operation by switching over one line at a time on consecutive weekends so as to perform switch over quickly, while also mitigating the associated risks. 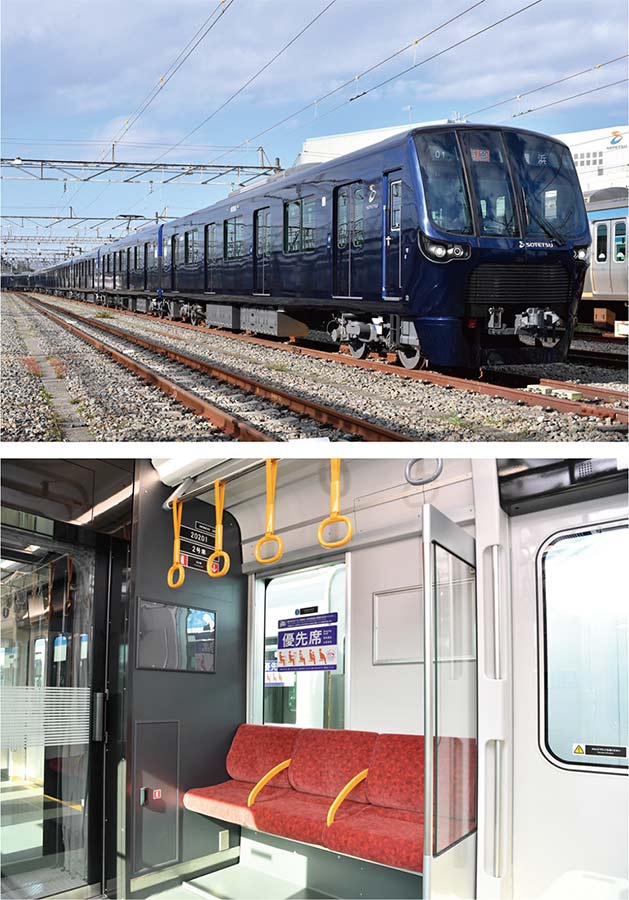 Sagami Railway Co., Ltd., which celebrated its group centenary in FY2017, has built 20000 series rolling stock for use in its commercial services. The design of the rolling stock allowed for the commencement scheduled for 2022 of through-services that run on the lines of both Sagami Railway and Tokyu Corporation. Hitachi was responsible for the manufacture of key components as well as for the carbodies, which are based on its A-train concept of standardized aluminum rolling stock.

Energy efficiency, quietness, and maintenance performance were improved by using the Ethernet-based Synaptra for the trains' information and control equipment, while the traction system uses inverter control with silicon carbide (SiC) switching elements as well as totally enclosed, fan-cooled electric motors. Hitachi also developed and installed integrated safety equipment that is able to adapt flexibly to the safety functions expected to be used for through-train services.

The design of the rolling stock followed the design concept from the design brand upgrade project of the Sotetsu Group, using Yokohama Navy Blue, the new feature color for the Sotetsu Main Line, for the exterior. For the interior, the rolling stock were the first to use universal design seats developed by Hitachi to be easy to get into and out of, these being used for some of the priority seating. Improvements to passenger convenience were also made by mounting large 21.5-inch display screens over doors and in the aisle ceilings to provide information inside the trains. Keio Corporation has built a new set of 5000 series rolling stock fitted with seats that are reconfigurable to suit different types of train operation, with longitudinal seating for normal operation and cross seating on trains that use designated seating. The rolling stock commenced operation on September 29, 2017 on the Keio Line where they are being used for conventional services. Trains with designated seating available for purchase will be introduced in the spring of 2018. Hitachi was responsible for manufacturing the variable voltage variable frequency (VVVF) inverter control unit and traction motors for the rolling stock as well as an onboard electrical storage system that is being commercialized for the first time.

The main components of the onboard electrical storage system are a traction circuit battery pack for energy storage and a step-up/step-down chopper for control battery charging and discharging. The system reduces traction power consumption by storing electric power that cannot be returned to the overhead wires during regenerative braking and then making it available when needed for traction power. This also improves energy efficiency across the entire line by using the B-CHOP onboard regenerative power storage system mode that takes excess power from regenerative braking by other trains when coasting or stopped. By supplying power from the batteries to the VVVF inverter, the rolling stock are also able to operate under their own power when there is a fault on the overhead wires.

The electric power management system of the Sapporo City Transportation Bureau manages 20 substations, 53 electrical rooms, and one interface terminal site, performing monitoring and control of the substations and electrical rooms for three subway lines (the Tozai, Namboku, and Toho Lines).

The project upgraded the central system and equipment at five substations and 12 electrical rooms on the Tozai Line and also included training equipment for the central system that is intended to provide more extensive training capabilities for control staff. Operation commenced in February 2017. The upgrades will improve the ability of control staff to respond to accidents or faults and help achieve a rapid recovery after accidents. 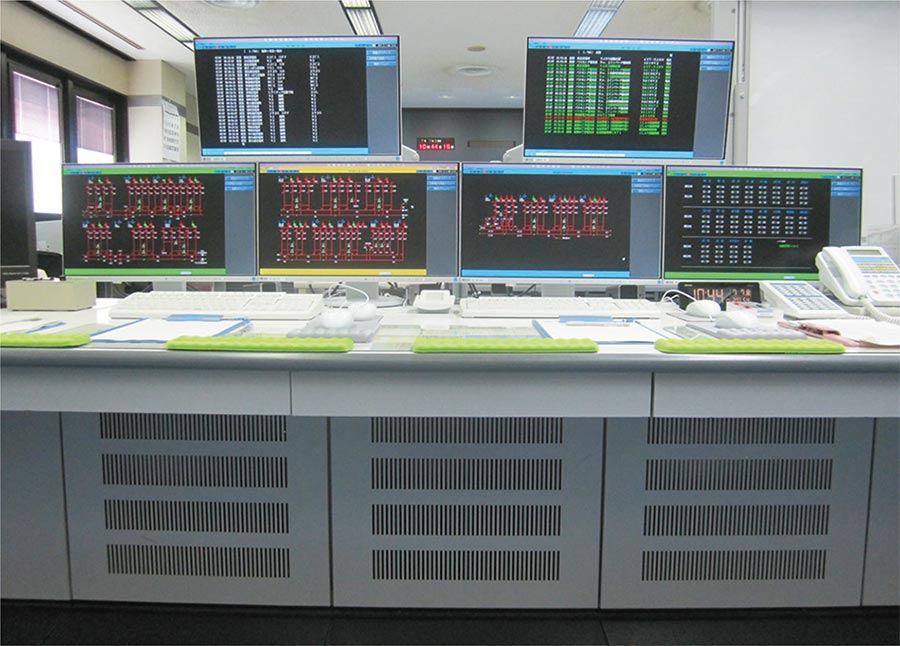 Four trains carried passengers for the first time along the Great Western route, connecting London to major cities, including Reading, Bristol, Bath and Cardiff. The inaugural passenger journey took place between Bristol and London, with senior dignitaries such as the Secretary of State for Transport on-board. Despite some initial problems on the first day of running, the four trains successfully completed over 5,000 miles in their first week of service.

Hitachi's Intercity Express Trains will improve travel along an increasingly popular route. The number of passengers, both commuter and tourist, will continue to rise-year-on-year. The new trains are designed to give passengers more space, such as increased legroom and luggage areas, and crucially, 24% more seats. Passengers will also enjoy the benefits of modern trains with faster Wi-Fi*, digital seat reservation screens, and plug sockets at every seat.

Thanks to its innovative bi-mode technology, Hitachi has managed to deliver the benefits of new trains to passengers sooner. The Great Western route is still being electrified, with infrastructure upgrades, such as installation of overhead wires, currently taking place. At the moment, trains can only run on electric power for a short part of the journey. To combat this issue, Hitachi has designed a train that can run on both electric and diesel power. The trains switch seamlessly between electric and diesel mid-journey, without passengers being able to notice. This is a first for UK passengers, and means even whilst the route is being upgraded, new trains can be introduced.

The first passenger service marked a historic day for the UK rail industry. The new fleet will replace trains which are over 40 years old, on a railway line first built in 1838. The pioneering Intercity Express Train is the symbol for a new era in UK rail travel, as the country welcomes a wave of investment in new trains.

The first passenger service was the culmination of nine years of hard work by Hitachi teams across the globe. The trains are part of the UK Government's £5.7bn Intercity Express Programme (IEP), where Hitachi will build and maintain 122 intercity trains. 57 trains will run on the Great Western main line while next year sees the remaining 65 beginning to enter service on the East Coast main line (London to Scotland).

Hitachi first started bidding for IEP back in 2008 and eventually signed the contract in 2012. Since then, Hitachi's rail presence the in UK has expanded dramatically, including new offices, depots and even a manufacturing site.

The trains epitomise Hitachi's global approach to delivering projects. The bodyshells are made in Kasado, before being shipped to Newton Aycliffe where the manufacturing process is completed. Teams in Japan and the UK have worked closely since the contract was signed to ensure the delivery of this major landmark project is on time. This includes teams from Kasado training the new UK train manufacturing site, as well as project support from colleagues in Mito and Tokyo.

As part of the contract, Hitachi will be maintaining the new trains for the next 27 ½ years. To do so, Hitachi has invested over £250m building modern depots across the country. For the Great Western, new depots at Bristol, Wales, and West London have already begun maintaining the new trains. Our new teams will service and clean the trains every day, ensuring they are in top condition for passengers. The new depots are clean, light, and packed full of modern technology to carry out this job to the highest standard.

Through these depots, Hitachi is embedding itself in local communities and forging new relationships with stakeholders and passengers along the route.

Hitachi will soon be known in the UK for making journeys better for millions of people, thanks to modern trains and a dedicated maintenance team.

8.1. IEP train arriving at a platform 8.2. Train interior (top) and IEP train passing through the outskirts of London (bottom)