Growth in Potential of Service Robots through Collaborative Creation

Growth in Potential of Service Robots through Collaborative Creation

Haneda Airport embarked on PoC testing of service robots with a view to replacing some of the future shortfall of people in the workforce with robots. Hitachi also participated in this testing. This article describes the background and objectives of the testing and how it will develop in the future. 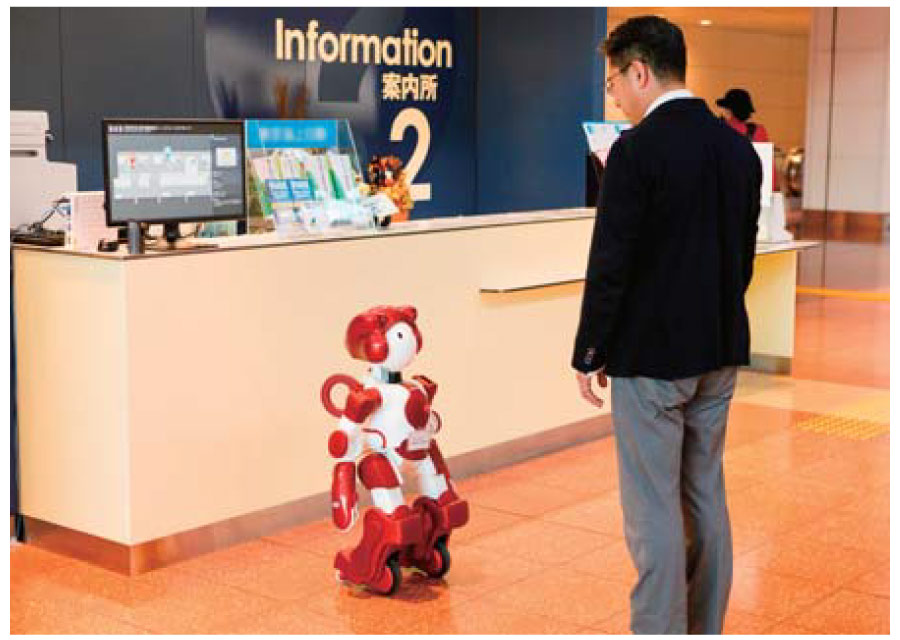 Yamamoto:Hitachi operates a variety of solution businesses in the social infrastructure sector. Airports form part of this social infrastructure, being a public facility with which many people are familiar. Please tell us about the immediate issues being grappled with by Japan Airport Terminal, which is involved in running an actual airport, and the initiatives you are looking to embark on in the future.

Shimizu:With increasing numbers of inbound visitors to Japan, I see the question of how to maintain and further improve service levels while also dealing with diversity as a major challenge. While about 50,000 people currently work at Tokyo International Airport (Haneda Airport), with Japan's productive workforce now in decline, I anticipate it will be difficult in the future to continue with our past practice of increasing the number of staff in line with increases in the number of airport users, both in terms of being able to recruit the people required and in terms of the quality of service. It was with this in mind that we established Haneda Robotics Lab in 2016 and embarked on the demonstration project with a view to replacing some of the future shortfall in the workforce with robots or other advanced technology.

Yamamoto:Hitachi has been involved in the project since its first stage, and I understand that its target date has been set as 2020.

Shimizu:2020 represents the first step. However, as labor shortages will continue to be a challenge for society after that, the project is looking further into the future.

Yamamoto:Specifically, then, in what areas do you anticipate using robots and other advanced technology?

Shimizu:When it started in 2016, the project undertook trials covering three realms. Along with the provision of information, a realm in which there is a close engagement between people and robots, the other two were cleaning and mobility support. The former was chosen because of the challenges associated with keeping such a large area as an airport clean, while mobility support was chosen in recognition of the difficulties that users have in moving around an airport that stretches for around 800 m in the north-south direction.

The second stage in 2017 involves trials for use as guards to improve security, translators that provide multi-lingual services, and logistics in anticipation of increasing volumes of people and goods. A total of 24 companies participated, 17 in the first stage and seven in the second. The companies worked on developing robots able to withstand the rigors of practical use while we took on the role of helping provide the environment and framework to accelerate these efforts.

Yamamoto:So the idea was to start with the provision of information and utilize robots able to assist people in a variety of ways. What points did you focus on in your use of Hitachi’s EMIEW3 as an information delivery robot in the first stage?

Shimizu:Our operations associated with providing information to people at the airport include both over-the-counter assistance and having concierges move around the terminal to offer advice. We believed that service levels could be improved if we could delegate the provision of directions or other simple forms of information to the EMIEW3 at times such as when the information counter gets busy.

Moreover, while other information delivery robots include fixed-type models such as those based on digital signage, we saw the potential for using a number of these robots working in tandem to provide an information service. And with the help of EMIEW3 and its cute body design, we also wanted to go further, and give customers a new and valuable experience.

Future as envisaged by Haneda Robotics Lab, and project framework and process for getting it up and running 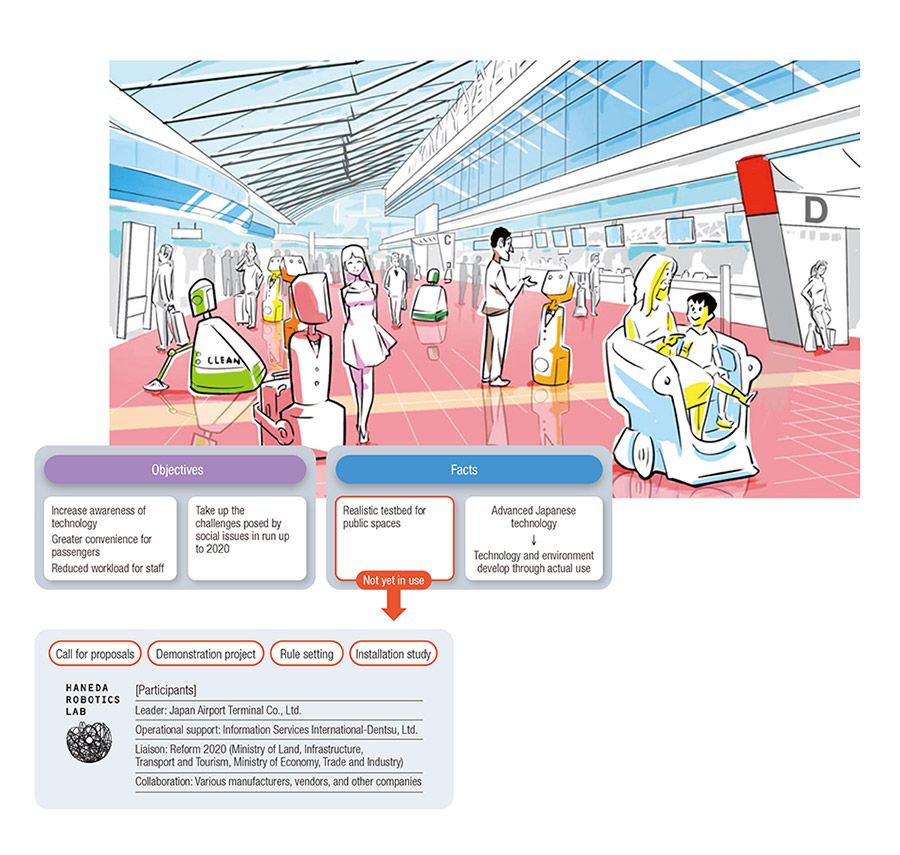 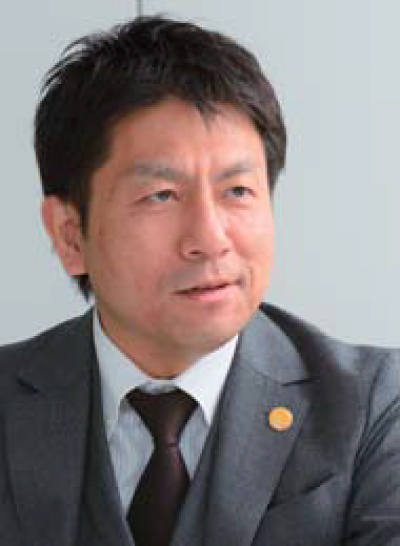 Yamamoto:The actual conditions encountered by the demonstration project were more difficult than anticipated, including public announcements, light coming in through large glass windows, and the bustle of people moving around. Furthermore, even in the case of simple verbal advice, the nature of the service changes depending on whether it is being provided in the departure lobby, the arrivals lobby, or some other venue. People go about their work in flexible ways. In terms of things like generating interaction scenarios, this was something we had not properly considered beforehand, and the developers, too, became aware of this during the actual trials.

There was also a gap in our understanding of robots as a product. In contrast to inflated expectations that the adoption of robots could immediately resolve all sorts of different problems, the potential for delegation and the degree of suitability (matching) between robots and various tasks is not straight forward. Rather, it takes a lot of work to get things properly aligned. Furthermore, because airports are public spaces, a high level of safety is also needed. This means that we need to establish a model of airport operations in which the use of service robots satisfies all of the criteria, including the scope of tasks that can be delegated, the order in which this is done, and ensuring safety through each of these steps.

Yamamoto:That is why we chose to go back to basics and do a stock-take of what is involved in providing people with information at airports. What this meant in practice was the use of ethnography research to determine what activities you are actually engaged in by studying the work performed by staff as they respond to the situations presented to them in different places or at different times of the day, and investigating where the earliest opportunities lie for having these done by a robot.

Meanwhile, we also upgraded the EMIEW3, making improvements to the voice recognition functions in particular so that it could engage in conversation with people in the difficult environment of an airport. Based on this ethnography research, we undertook about three rounds of testing that included voice recognition and the provision of directions before commencing a trial of unattended operation in October 2017. As this succeeded in provide services that included over-the-counter advice and directions without major problems, we feel that we have produced something that will work in practice.

Shimizu:That’s right. Doing a fresh stock-take of the work, including the ethnography research, proved very useful when considering models for people and robots working together. What we realized was that, unless you make the effort to consider the circumstances in each case and identify which information is best provided by people, where people and robots should work together, and what should be delegated entirely to robots, you cannot come up with something that will work in practice in the true sense of the word. 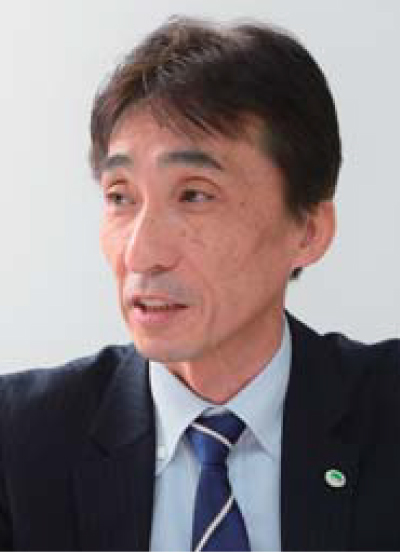 Shimizu:Also, the two years of work made us painfully aware of the importance of the network environment supporting the autonomous robots. Hitachi provided itself networking for the EMIEW3, and this was indispensable for having a number of service robots working together to provide services to users in various situations. Recognizing that the establishment of an integrated platform would be essential to achieving a certain level of practical implementation during the first step in 2020, we embarked on the building of a common platform as part of the three-year plan from 2017.

Yamamoto:As overcoming the labor shortage is one of the major reasons for using robots, we understand that we cannot overlook the problems of the people who handle the back-office management.

Shimizu:That’s right. It defeats the purpose unless the operation can be set up in such a way that things like the location and movements of the robots in the airport terminal, and whether they are experiencing any problems, can be checked automatically, or that they can be administered with a minimum of human resources.

Yamamoto:Certainly the challenges include how to manage each robot in the back office and how to link these robots together. If you have a platform that connects security robots, then it makes sense to also connect the information delivery robots. So even if there is only a single surveillance platform, it is likely to involve a variety of different people doing the monitoring and this also poses a problem.

Shimizu:It may turn out that the different categories of service robot will merge before too long. Instead of single functions such as providing information, security, or translation, it is possible that services will emerge that combine information delivery and security, for example. This will be an important topic of investigation in future trials.

Yamamoto:While I expect it will lead to the merging of categories, we can also look forward to a variety of benefits arising from interoperation between robots.

Shimizu:That’s right. Keeping in mind that the current project involves a public facility, namely an airport, and because collaboration has been achieved across different vendors, I am hopeful that we may be able to create new robot services through Japan Airport Terminal and the other companies contributing their ideas. One possibility might be for a robot that provides information about airport restaurants to hand on customers to an EMIEW3 that then escorts them to the location, making a reservation for them before they even reach the restaurant. Another might be interoperation with delivery robots that allows people to go from check in to the departure gate without having to carry anything. In any case, multi-faceted services are likely to be needed in the future. As we go about the work, I want us to give due thought to the sorts of environments we can create that will delight users.

Yamamoto:The EMIEW3 was developed with use in public places in mind, and I hope that through our work with Haneda Robotics Lab we have contributed to a higher quality of airport services, including collaboration with other companies.

Naturally, by further developing the EMIEW3 itself as well as by taking advantage of Hitachi’s ability to supply a full range of solutions for social infrastructure, I also hope that we will be able to provide comprehensive assistance with management in ways that do not impose additional work on our customers, not least through the back-office management of robots, including those of other vendors.

Shimizu:As a company that operates infrastructure businesses, I hope Hitachi will provide us with appropriate advice, such as on how to link together platforms that include infrastructure and service robots.

Along with reducing the workload of staff and lifting work efficiency, the ongoing delivery of high-quality services that are safe, secure, and convenient for users is a major aim of Haneda Robotics Lab, as is the publicizing of information in Japan and elsewhere by using Haneda Airport to demonstrate how it is possible to create such a world using Japanese robotics technology. Haneda Airport is used by nearly 80 million people each year and we want to make it a showcase for robotics and other advanced Japanese technology. While there are numerous challenges to overcome, we intend to continue being in the vanguard, taking on the initiatives that can help resolve social issues in Japan.

Yamamoto:At Hitachi, we too want to draw on the capabilities of Haneda Airport and to work through a variety of collaborative creation activities to create new services that are needed by society. I look forward to your continued assistance. Thank you for your time today. 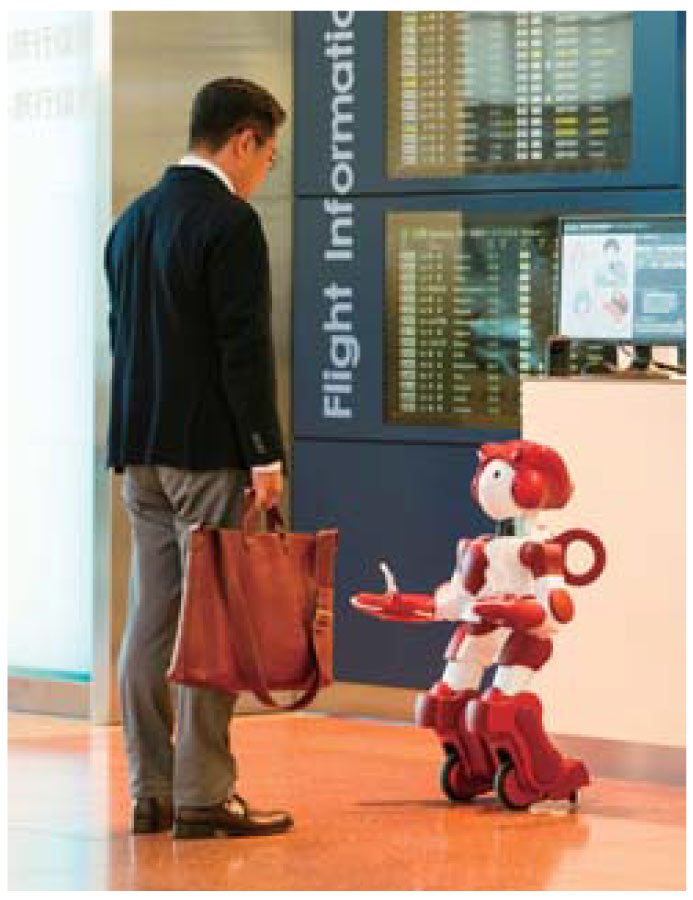