Urbanization in Malaysia and Potential of Social Innovation Business

Urbanization in Malaysia and Potential of Social Innovation Business

Recognized within ASEAN as a country with both political and economic stability, Malaysia is experiencing growth in urbanization and the sophistication of its industry. Using Iskandar Malaysia and Sunway City as examples, Hitachi Review reports on the state of urbanization in Malaysia and the activities of Hitachi. 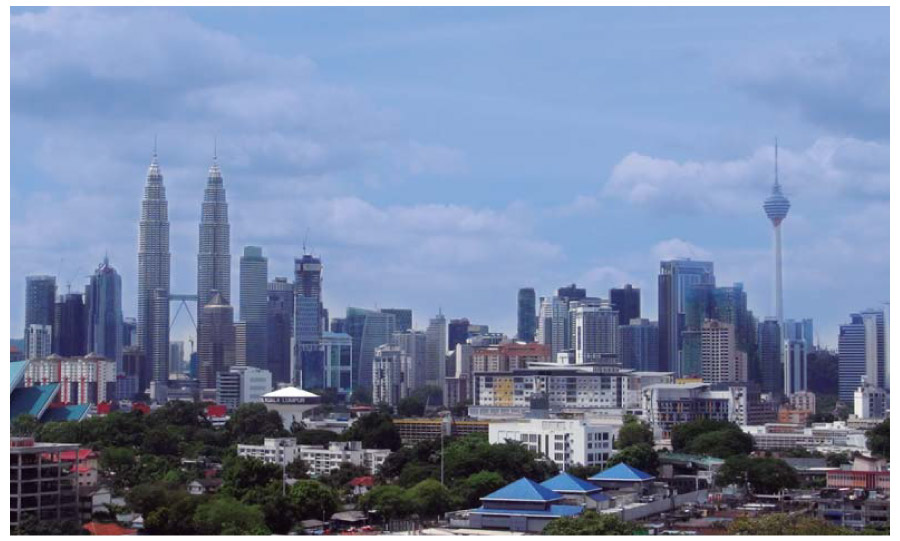 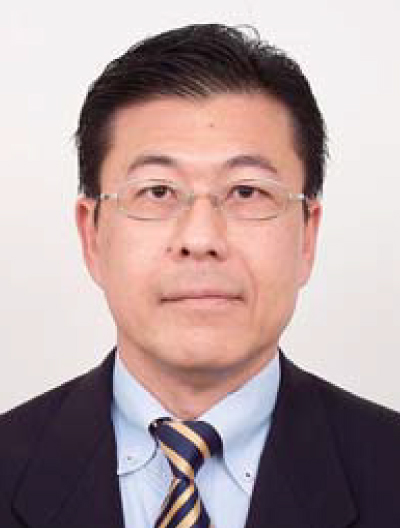 Among the Association of Southeast Asian Nations (ASEAN), Malaysia has been recognized as a country with both political and economic stability. It is also notable for being ranked the No. 1 country outside Japan where Japanese people would like to live for 11 years running (since 2006). It has a land area of about 330,000 km2 (approximately 0.9 times the size of Japan) and is a multi-ethnic country, with a population of about 31 million people consisting of three major ethnic groups (Malay, Chinese, and Indian). Although the rate of growth of the Malaysian economy slowed to 4.2% in 2016, it is estimated to have made a significant recovery to 5.4% in 2017, with further growth expected.

Industry in Malaysia is growing in sophistication and urbanization, with the government having set a target of achieving a per capita national income of $US15,000 by 2020, high enough to be considered a developed country. Of particular note in this regard is that the national development policy includes the development of a master plan for improving the competitiveness of the four major cities (Kuala Lumpur, Johor Bahru, Kuching, and Kota Kinabalu). This plan is based on the recognition that cities play an important role in national growth, with increasingly intense competition between them for investment and talent.

Urban areas occupy an area of about 4,600 km2, a figure that has grown at a rate of just 1.5% over 10 years, below the average of 2.4% for the ASEAN region. Nevertheless, Malaysia’s urban population has been increasing at an average annual rate of 4%, now accounting for 75% of the total population, with a national population density of 94.21 people/km2 (according to 2016 statistics) (see Figure 1). This has led to the emergence of a variety of problems associated with urbanization. 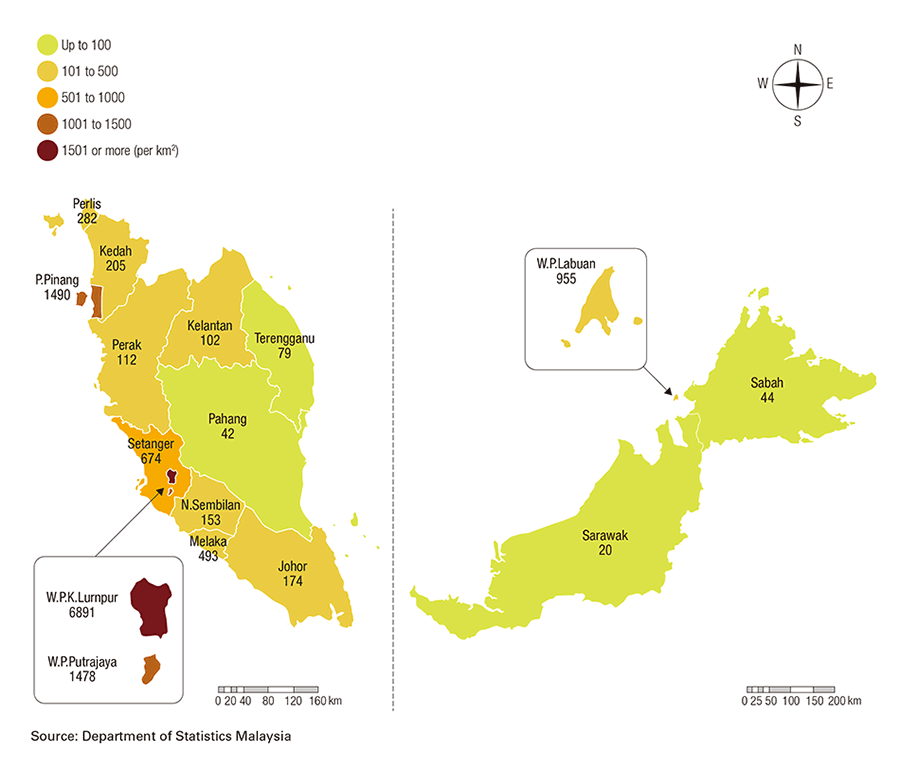 Characteristics of Urbanization in Malaysia

Large-scale government-led developments are undertaken in accordance with the country’s national vision and national plan. Along with funding from the Malaysian government, these urban developments seek to attract a wide variety of companies, including overseas investors, with large investments from China being a notable feature. The following provides a summarized overview of Iskandar Malaysia, a typical example of an economic zone (district) development.

Shown in Figure 2, Iskandar Malaysia is a development region of approximately 2,300 km2 in the southern part of Johor at the southern tip of the Malay Peninsula, an area roughly three times that of Singapore. Located in the heart of Southeast Asia, and with nearby distribution hubs, including Senai International Airport, the Port of Tanjung Pelepas, and Johor Port, Iskandar Malaysia is ideally located to serve as a hub for east-west trade. The region is actively seeking to attract investment, with its proximity to Singapore being another attraction.

The vision for Iskandar Malaysia is to be a robust and sustainable metropolis worthy of international recognition, with the aim of creating an international city while putting infrastructure in place with strong support from the government. Government investment in infrastructure in the region during the period from 2006 to 2015 totaled 9.3 billion ringgits (approximately 2.4 billion USD).

Development of the region is led by the Iskandar Regional Development Authority (IRDA), established in 2007. The IRDA is a government entity that is structured as an organization and has a board that is chaired by the Prime Minister of Malaysia and the Chief Minister of Johor.

Iskandar Malaysia is unusual internationally for being a large multi-purpose development region. It is made up of zones focusing on five sectors: education and healthcare, commerce and history, industry and trade, and the petrochemical industry and distribution hubs. In recent years, it has been actively seeking to attract the food industry, including plans to encourage new industries such as the halal food (food that is permitted under the precepts of Islam) industry.

The top four sources of investment in Iskandar Malaysia are, respectively, China, Singapore, USA, and Japan, which speaks to the considerable influence that China has in the region. The same trend also can be found in other development in Malaysia. In the case of the large Bandar Malaysia development area planned for Kuala Lumpur, for example, which includes the construction of a railway terminal for high-speed services, there has been much talk about plans for involving Chinese investment.

Another feature of Iskandar Malaysia is the inclusion of initiatives aimed at creating a low-carbon society (with a target of reducing greenhouse gas emissions by 50% by 2025). Specific examples include measures for improving life for residents and for increasing the proportion of energy derived from renewable sources. 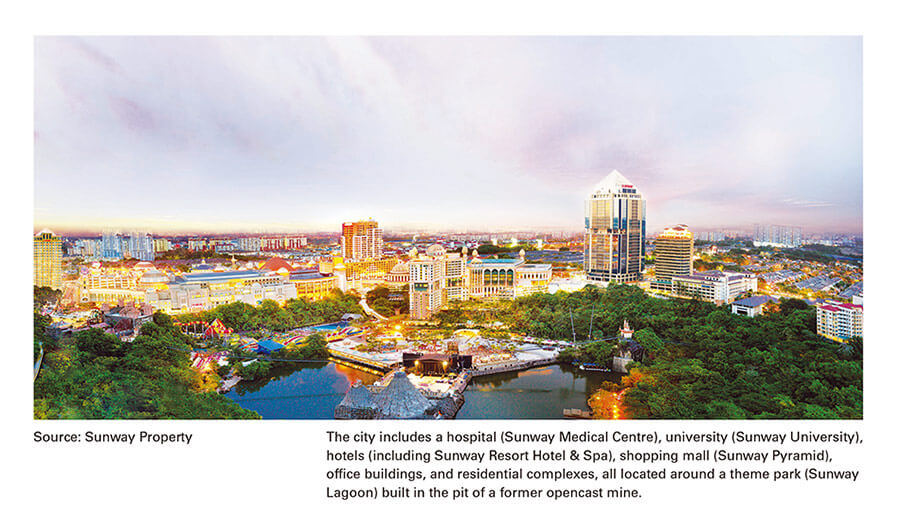 With competition between developers becoming more intense, rather than individual buildings, there is a strong trend toward multi-purpose developments that include residential, commercial, educational, healthcare, and leisure facilities as companies seek to increase the value added in the residential or commercial facilities they have developed. The aim is to increase the value of the properties they own by undertaking township developments themselves.

The following section describes the development of Sunway City by Sunway Group, one such developer.

Sunway Group embarked on an urban development that utilizes the site of a former tin mine, building its own township in an area of approximately 2 km2 over a period of 40 years, developing a hospital, universities, hotels, shopping mall, offices, a theme park (see Figure 3) with 25,000 trees transplanted here, and an on-site eco-system. Through a public-private partnership, Sunway Group also built Malaysia’s first elevated Bus Rapid Transit system (BRT- Sunway Line) served by a fleet of electric eco-friendly buses connecting the township to other parts of the city. The township was developed entirely under the leadership of Tan Sri Jeffrey Cheah, AO, the founder and current chairman of Sunway Group, with no investment by the government. The realization of a fully integrated development through the leadership and vision of a corporate founder is a feature of many such private-sector-led developments in Malaysia.

With a population of 200,000, Sunway City is also Malaysia’s first example of a self-contained township that incorporates the seven components of residential facilities, commercial facilities, education, healthcare, hospitality, retail, and leisure. Another feature that can be attributed to Sunway Group is that it is advocating sustainable development in recent years, including participation in work on the Sustainable Development Goals (SDGs) in partnership with the United Nations.

The preceding sections have considered urban development in Malaysia in terms of two types of developments. Something that can be said of both is that, within the concept of urbanization, these developments are not limited just to activities intended to improve convenience and comfort, but also seek to work towards sustainable development and smart cities that take the environment and society into account. It is anticipated that this approach will spread more widely throughout Malaysia.

While urban development is progressing, the harmful effects of urbanization experienced by other countries are also occurring in Malaysia. As the country seeks to make its cities more competitive, there is an awareness in both the public and private sectors of the need for ways to deal with energy efficiency, economic efficiency, the environment, and safety (3E+S) issues in order to reach a stage at which there is a transition to quality and a focus on efficiency, and a stage that pursues a better quality of life. There is an evident trend towards developers taking account of environmental measures in their planning of urban developments. Hitachi’s solutions for urbanization, such as those for energy efficiency and for smart facilities and asset management, are in step with the potential market. However, while Malaysia is an easy market to enter with low barriers to entry for technology and investment from overseas, competition is intense. Accordingly, rather than pursuing a “product out” approach to business based on the sale of products, Hitachi Asia (Malaysia) Sdn. Bhd. has sought to enter the market through a “market in” approach. The company has developed a Social Innovation Business that deals with the marketing of services and solutions by building partnerships with customers based on a set of concepts, namely “customer concentric,” “collaborative creation,” and “co-business.”

Sunway Group, referred to above, which has its own large township, has been actively engaged in sustainable urban development through environmental measures and improvements in energy efficiency. Rather than standalone projects, Hitachi Asia (Malaysia) has proposed a comprehensive plan for adopting energy management over the medium term that covers all of the key infrastructure in Sunway City from the standpoint and perspective of the owner, using Hitachi’s excellent energy efficiency technologies as a base (see Figure 4). This will start with the building of trust through small projects (Step 1), then move on to winning orders based on the proposed technologies (Step 2). The aim is to adopt a business model in which the partners grow together, proceeding with collaborative creation projects involving technical assistance (Step 3), and also covering technical collaboration and joint business (Step 4). This comprehensive medium-term to long-term collaborative creation planning activity has been well received by Sunway Group.

Working as “One Hitachi”

As collaborative creation with Sunway Group called for package proposals that combine a number of different technologies and products, there was a limit to how well it could be handled by a single business unit or group company on its own. Accordingly, Hitachi met the customer’s needs by devising solution packages and business models that draw on its comprehensive capabilities based on the “One Hitachi” concept. 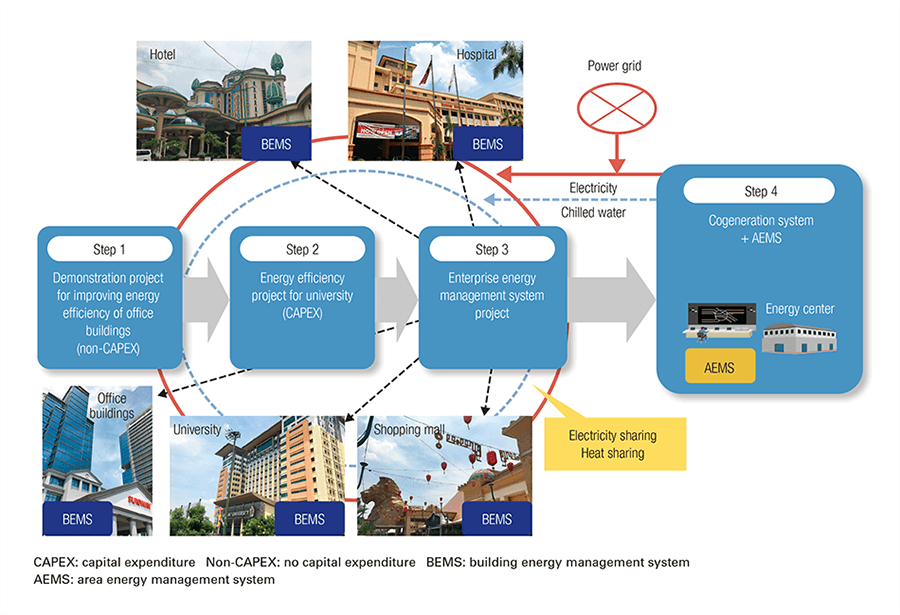 While urbanization in Malaysia is reaching an advanced phase in which there is a strong demand to take into account the environment, economic efficiency, and quality of life, the country has the knowledge and experience of companies from developed countries readily available. In particular, public and private sector experience and know-how from Japan, which has itself gone through rapid urbanization, can be expected to be highly valuable for business development. Nevertheless, competition is becoming increasingly intense with the involvement of global corporations from Europe, the USA, and China, as well as the rise of strong local companies.

In this highly competitive environment, Hitachi intends to contribute to social progress in Malaysia by identifying the changing market needs that are emerging from the process of urbanization in that country, and by drawing on its comprehensive capabilities and using business models based on collaborative creation to supply the right solutions to the challenges customers face.