Recent years have seen growing interest in initiatives aimed at reducing facility management costs and improving employee productivity that involve the installation of IoT sensors in offices and the analysis of how facilities are used and the behaviors of office staff. This article describes the ideas behind a project in which the headquarters building of Hitachi Solutions, Ltd. and Hitachi’s @Terrace innovation room were equipped with IoT sensors designed for such facilities, and also work aimed at the future optimization of corporate real estate. 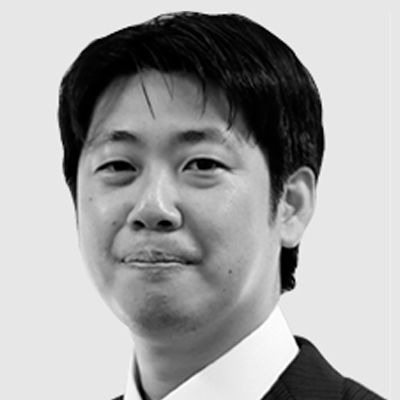 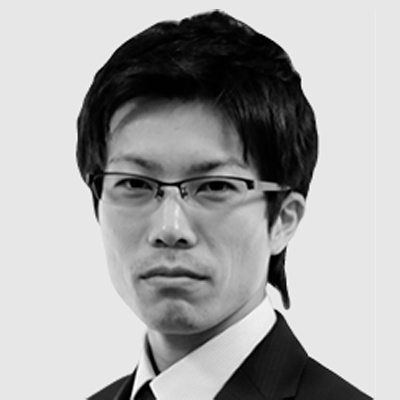 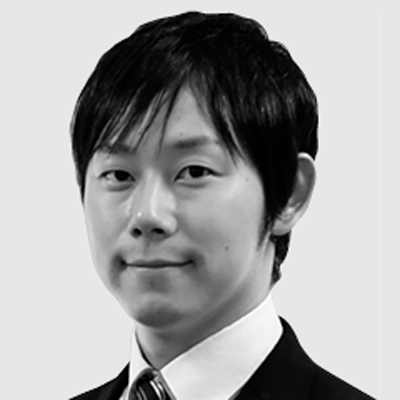 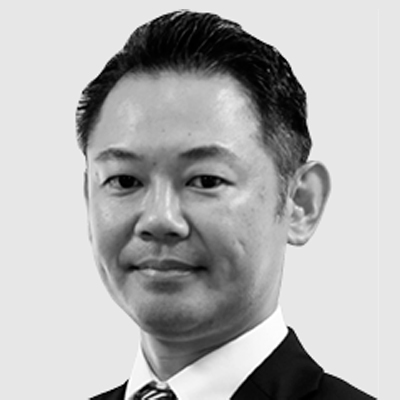 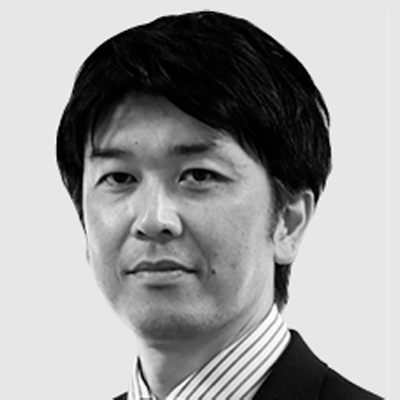 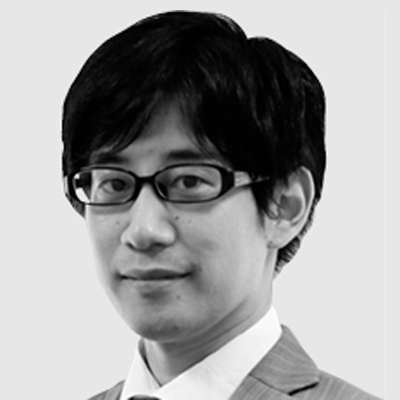 The usual routine for office workers in the past was to arrive at work at the designated time, work at their designated desk, and attend meetings at designated locations. Now, however, the spread of flexible working practices means that the way staff spend their time in the office has become more diverse, with people able to choose for themselves when and where to work.

This greater diversity in how staff spend their time at the office brings with it new challenges. These can be broadly split into two issues.

The first relates to office space. To cater for a variety of different working practices, action is needed to transform office spaces with fixed uses into spaces that can change purpose dynamically. Examples include adopting free-addressing in place of the past practice of each employee having their own desk, and the provision of places where people can gather informally for meetings. The challenge that comes with making dynamic use of space, however, is that management and administration become more complex than when spaces had fixed uses.

The other issue relates to staff management and support. Among the new challenges are how to support better communication and how to handle attendance management for employees with flexible working practices.

One approach to resolving these issues that has attracted attention is to use Internet of Things (IoT) sensors to collect information on things like how facilities are used and how staff behave in the office, and to utilize it in various solutions.

The method used to monitor how office facilities are used and the behaviors of office staff was an IoT sensor solution from the US company Enlighted, Inc. that is already used at more than 200 building or other facilities across 11 different countries.

The IoT sensor solution is made up of the sensors for acquiring information and a cloud service that provides visualization of that information (see Figure 1).

The feature of the IoT sensor used is that the same device can collect data on temperature, humidity, and whether people are present (using infrared), with data transfer by Bluetooth Low Energy (BLE), a low-power communication mode of the Bluetooth* wireless communication technology. Used in conjunction with BLE beacons, the sensors can identify individuals and objects and track their movements in real time. The positioning accuracy is in the range of 1 to 2 m when installed on the ceiling at 3-m intervals to form a mesh configuration.

The information acquired by the IoT sensors and BLE beacons can be visualized using the cloud service in a variety of forms. One example is to plot the number of detections by the infrared sensors that detect when people are present along a time axis. This produces a heat map indicating the times when people are present and can be used to visualize the paths people follow and their use of facilities. Using BLE beacons to show people's movements not only indicates their location in real time but can also be used to display alerts when they enter particular areas or to track their past movements.

A strength of the solution is that it can consolidate this information across a number of different facilities to provide facility managers with the ability to analyze what is happening over a wider area than ever before.

The ceiling-mounted IoT sensor system sends information about the environment inside a building and the behavior of staff to the cloud. A cloud application provides information about how the facility is being used that is obtained by analyzing this data in a variety of ways. 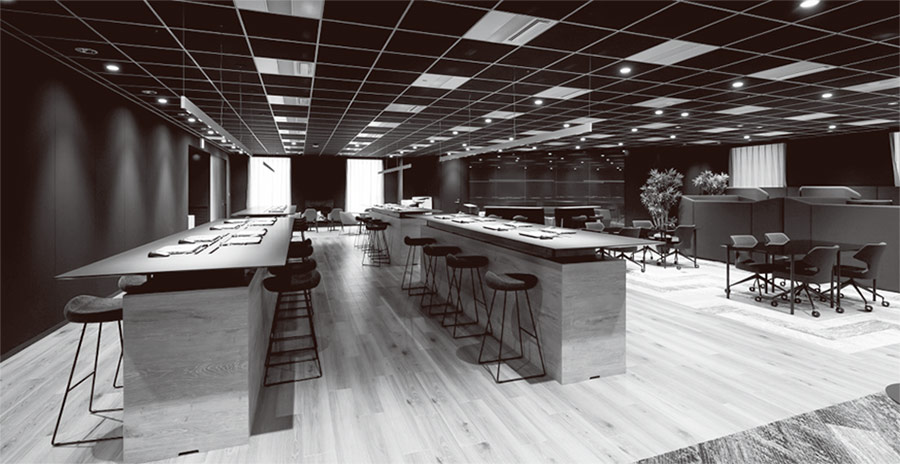 Made up of spaces to suit various different ways of working, @Terrace is a place where users can try out new work styles. 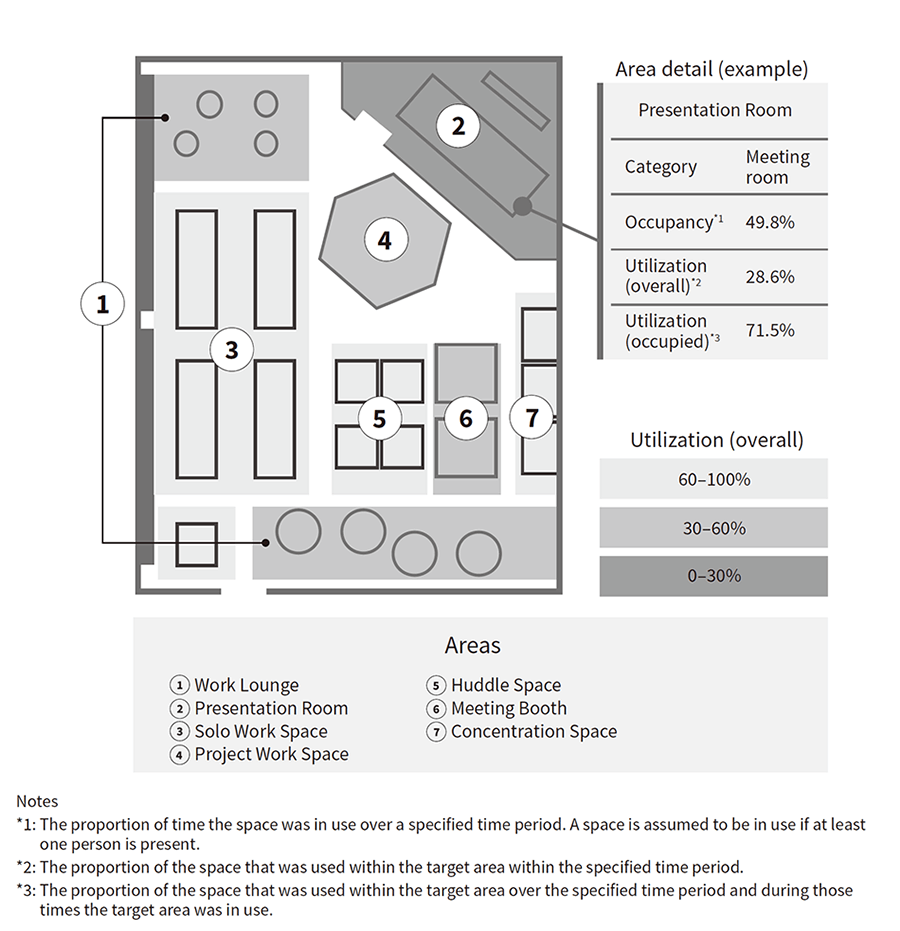 The screen showing the occupancy and utilization of each space provides a breakdown of how each one is being used, indicating that the spaces are being used in the way the building operator envisaged.

Figure 4—Percentage Utilization of @Terrace at Different Times of Day

The graph provides a detailed view of space utilization. This includes using color intensity to indicate times of high use.

Figure 5—Problems with Indicating Extent of Use

A problem that arose when showing how heavily the facility is being used was that people moving about were detected by multiple sensors, resulting in an overestimation. 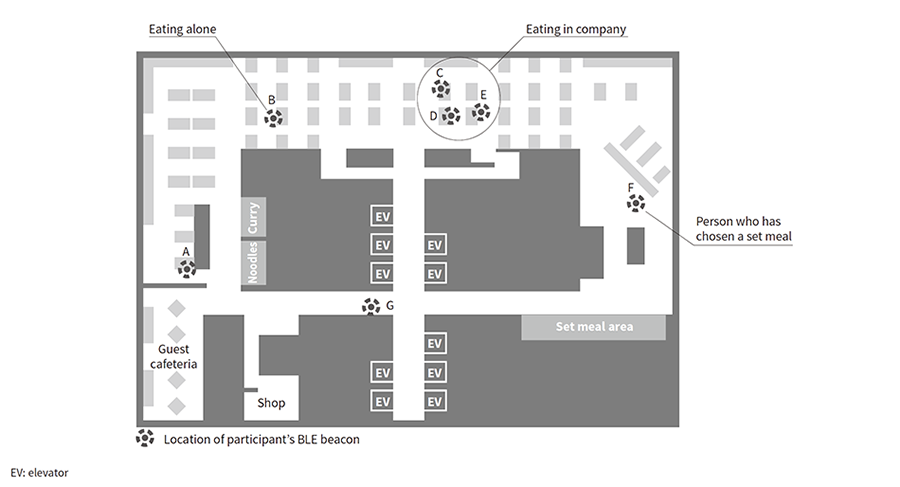 Who staff participating in the trial were eating lunch with and their meal choices were determined by plotting their positions on a map of the cafeteria in real time.

The trial was conducted by installing the Enlighted sensors in the headquarters building of Hitachi Solutions, Ltd. and at the @Terrace innovation room administered by Hitachi Urban Investment, Ltd., the group responsible for corporate real estate strategy at Hitachi, and by conducting various analyses.

W Innovation is a consulting service supplied by Hitachi Urban Investment, Ltd. based on its own experience of implementing “(Work Style × Work Place) Reform.”

The trial described in this article demonstrated that the IoT sensor can be used to determine how a facility is being used and for staff attendance management and behavior analysis.

Hitachi Solutions also plans to collaborate with Hitachi Urban Investment on the development of new solutions using its W Innovation consulting service that combines work style and workplace reform (see Figure 7). Through this solution, Hitachi intends to combine information about workplace and staff obtained by IoT sensors with facilities management applications such as meeting room reservations or air conditioning control and human resource solutions such as attendance management and project management, both to get the best from corporate real estate, including office arrangement and operating costs, and to create more comfortable working environments.