In AC power feeding systems, the sections of track feed by each substation are separated by “dead sections,” with excess regenerative electric power from the rolling stock on each AC feeder section being fed back into the power system. In order to reuse this excess regenerative electric power on other feeder sections, Hitachi has been commercializing the SP-RPC power interchange system for installation at sectioning posts. Long-term monitoring data from installation of the system on conventional railway lines has shown that the amount of electric power transferred has exceeded initial expectations. Accordingly, Hitachi is now extending its deployment to Shinkansen systems also. 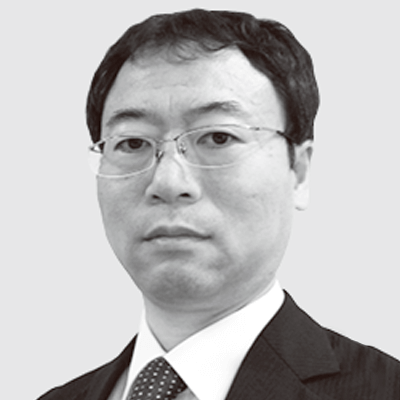 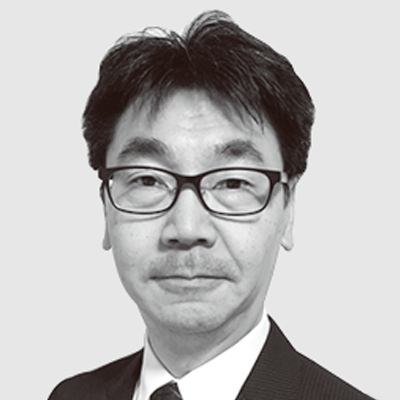 One method proposed for overcoming this problem is a sectioning post - railway power conditioner (SP-RPC) system for reducing total electricity purchases from the grid that works by using RPCs designed for installation at SPs (where power feeding equipment is housed) to supply regenerative electric power generated under regenerative braking by rolling stock on one feeder section to loads on other feeder sections.

It is particularly difficult to reuse generated power on other trains in the case of railway lines on which all rolling stock are fitted with regenerative braking but where there are only a small number of stations in each feeder section and a comparatively low frequency of trains running at the same time. It is hypothesized that SP-RPC systems will be proved useful on railway lines like this that are fed by AC power(1).

2. Overview and Benefits of SP-RPC System

Approximately three years of operational experience has been gained since the first SP-RPC was installed at an SP for a conventional line operating on AC power. This section describes the installation and the benefits of it.

An SP-RPC was manufactured for the 22-kV AC feeder at the Ushiku SP on the Joban Line of East Japan Railway Company. The system commenced operation in 2015. While the substation already had an RPC system for handling imbalances between the main phase and teaser phase of Scott transformers, the SP-RPC for the Ushiku SP on the Joban Line was the first time that an SP-RPC had been used for power transfer on an AC feeder section.

Figure 1 shows a block diagram of the system for the Ushiku SP on the Joban Line, Table 1 lists the SP-RPC specifications, and Figure 2 shows photographs of the equipment.

As shown in Figure 1, the SP-RPC is installed at the Ushiku SP and converters are connected in back-to-back (BTB) configuration across the dead section to supply the single-phase 22-kV feeder systems for the Fujishiro and Tsuchiura substation sides respectively.

The SP-RPC operates to transfer power from the three-phase connection point of the Fujishiro or Tsuchiura substation that has excess regenerative electric power to the feeder system of the other substation.

Because regenerative electric power is repeatedly generated in large amounts over short time periods, the transformer and cooling system capacities have been downsized by giving the system a rated capacity of 1.3 MW and a one-minute overload capacity of 5.3 MW (10-minute interval)(2).

The system is installed in an SP located between substations and works by transferring excess regenerative electric power from one substation to the feeder system of the other substation from the three-phase connection points for the two substations.

The table lists the specification for the SP-RPC supplied to the Ushiku SP of East Japan Railway Company. Communications with adjacent substations is one of the features of the SP-RPC, and this can be performed using metal (wire), optical, or other links depending on the railway operator. The converter, control panel, operation panel, and arithmetic unit are installed indoors while the switchgear and converter transformers used to connect the converters to the power feeding system are located outside.

Table 2 lists measurements of the amount of electric power transferred between feeder systems by the RPC collected over a week-long period from April 19 to 25, 2015. The results show that the SP-RPC transferred a daily average of about 7.9 MWh, meaning that the benefit of using an RPC for reusing regenerative electric power is about 7.9 MWh/day. As this compares to an estimate of 7.3 MWh/day of power transfer arrived for by East Japan Railway Company prior to installation based on measurements of excess electric power, it demonstrates that the benefits of installing the system were enough to satisfy initial expectations(2).

Table 2—Measurements of Power Transfer by RPC over One Week

The figures are actual data for SP-RPC operation at East Japan Railway Company. An average of about 7.9 MWh/day of electric power was transferred.

The following section uses AT power feeding as an example to give an overview of the simulator and describe the results of comparative testing using the measured electric power from an actual railway line. This work was undertaken in September 2016 in collaboration with Kyushu Railway Company and was compared with the data on the supplied power and excess regenerative electric power at the Shin-Tosu and Shin-Gyokuto substations collected to enable a study of actual rolling stock energy use on the Kyushu Shinkansen.

When installing an SP-RPC system, it is important to estimate the current level of excess power by using simulation to analyze the drive and regenerative electric power of the AC power feeding system. For this analysis, Hitachi uses a railway network evaluation system that it developed itself. By supplying information such as speed limits and train schedules as inputs to the simulator along with actual track conditions, power feeding conditions, and rolling stock characteristics, it can analyze electric power under the actual conditions of rolling stock operation (see Figure 3). A comparison was performed of measured data and a simulation based on the train schedule for the corresponding time. Table 3 lists the average values and simulation results for the amounts of supplied power and excess regenerative electric power at each substation. The simulation results had errors of 4.2% and 6.5% for total supplied power and excess regenerative electric power respectively at the Shin-Tosu substation, and 3.7% and 6.2% respectively at the Shin-Gyokuto substation.

Although small errors arise due to factors such as train delays or the timing of out-of-service trains and input data such as train occupancy, the results are roughly equal, indicating the potential for using the simulation to study ways of reducing energy consumption, such as by estimating the benefits of installing an SP-RPC(3).

Table 3—Comparison of Simulated and Measured Amounts of Electric Power

The comparison was performed for the Kyushu Shinkansen. The results indicate that amounts of supplied electric power and excess regenerative electric power can be predicted with an accuracy in the range of errors of 3.7 to 6.5%.

Based on the supplied power measurements and simulator results for the Kyushu Shinkansen described above, Hitachi went on to prepare a detailed design for an SP-RPC to install at the Shin-Miyama SP. As shown in Figure 4, the Shin-Miyama SP is located between the Shin-Tosu and Shin-Gyokuto substations that are mentioned above. It is used to reduce excess regenerative electric power and supplied power by the amounts indicated in Table 3 by monitoring these in the substations and transferring power between them accordingly.

Figure 4—Plan for Installation of SP-RPC for Kyushu Shinkansen

The SP-RPC was installed at the Shin-Miyama SP located between the Shin-Tosu and Shin-Gyokuto substations to reduce excess regenerative electric power at the two substations.

East Japan Railway Company provided advice and assistance with the installation of an SP-RPC at the Ushiku SP on the Joban Line and the supply of measurement data described in this article. Similarly, the measurement data for the Kyushu Shinkansen was obtained through cooperation with Kyushu Railway Company. The authors would like to express their deep gratitude for this.