Creating New Value for a Prosperous Society by Railway Digitalization 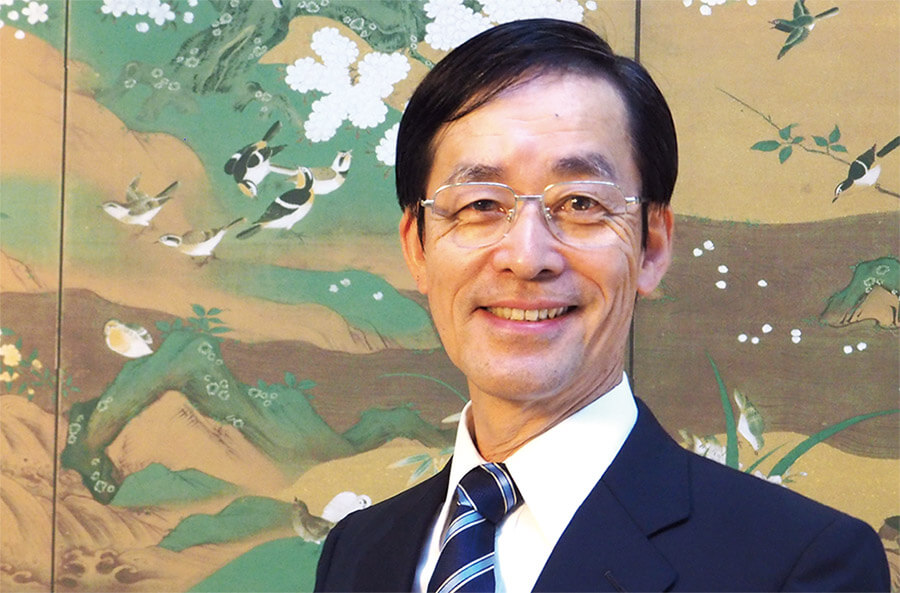 Norimichi Kumagai
President, Railway Technical Research Institute
Doctorate in information science. Graduated in 1976 with a master’s degree in mechanical engineering from the Graduate School of Engineering at Tohoku University. Joined Japanese National Railways. Following appointments that included head of the R&D Promotion Department of the Railway Technical Research Institute, Director (in 2007), and Senior Director (in 2011), he was appointed to his current position in 2013.
His work has included the development of technology for rolling stock, the design of rolling stock, the development of brake control to improve adhesive force and systems for preventing wheel slip, and research into increasing the speed of the Shinkansen. He is currently a research advisor at the Institute of Industrial Science of the University of Tokyo, a member of the Japanese Industrial Standards Committee of the Ministry of Economy, Trade and Industry, a counselor of the Institute of Transportation Economics, and a counselor of the Japan Automobile Research Institute.

People like to move around. The technology of railways emerged in the UK during the latter stages of the industrial revolution in the 19th century. Ever since a commercial passenger service between Manchester and Liverpool commenced operation 188 years ago, railways have brought drastic changes to the movement of people and goods in terms of both time and quantity. Railways have served as a trigger for changes in people's way of life, social structures, and the way the economy functions, with consequences that include an expansion of people's horizons and their freedom of movement for work, travel, and other purposes; the transportation of fresh produce and heavy goods; the rapid dissemination of information in such forms as newspapers or the post; financing the construction of the extensive infrastructure of the railway industry accompanied by the growth of private-sector companies and the establishment of a community of investors; and the birth of the travel industry. It was Peter Drucker who said that innovation is the source of new value in the wider economy and in people's way of life. The emergence of railways was one example of innovation.

Proof that railways are at the forefront of implementing information technology can be found in the MARS*1 system. Japanese National Railways (JNR, the national railway organization at that time) had a research contract with Hitachi. Researchers at JNR's R&D Institute, the predecessor of the Railway Technical Research Institute (RTRI), played a central role in formulating the concepts behind the system and in its logical design. The first generation of MARS was one of the earliest examples of practical computing, commencing operation in 1960 with capacity to handle 3,600 bookings each day. The current MARS system can handle approximately 1.8 million transactions per day and achieves a high level of reliability. Other fruits of information and communication technology (ICT) include computer-aided traffic management systems such as COMTRAC*2, COSMOS*3, and ATOS*4 as well as the digital automatic train control (ATC) for the Shinkansen that is vital to the safe operation of high-frequency train services.

We are living in an era of technical innovation that has been called the information revolution, one that is characterized by the processing of information, a physical quantity that is difficult to define. While information is unique in the volume and speed at which it can be transmitted, vulnerabilities also arise from the inability to obtain a clear indication of the quality of information or the value of what it contains. It would help to have intuitive ways to distinguish good information from bad. Given that information suffers from inevitable uncertainties, I believe that the people who handle information need systems that can verify its reliability and accuracy.

The endpoint of digitalization is the quantification of people's thoughts and actions. It is no exaggeration to describe digitalization as an effort to get closer to people. People's actions are both logical and ambiguous. There is great interest in the study of neuroscience and other aspects of people's physiology and psychology through collaborations between medicine and engineering that utilize such technologies as simulation-based analysis and image processing. We are still only part of the way toward understanding how people function, the full extent of which are astonishing.

One of the threats to the sustainable development of railways is the decrease in Japan's total population and workforce. Automation and other labor-saving measures for train operation and equipment maintenance will be essential, and we will need to adopt measures for comprehensive improvements in work efficiency. The mission for railway engineers is to further enhance the five characteristics that underpin railways, namely safe and reliable operation, high speed, high capacity, punctuality, and energy efficiency. This is why we need to be wholehearted about adopting the latest ICT.

The RTRI launched its ICT Innovation Project to promote digitalization in the railway sector and is engaging in collaborative research and development with railway operators and others in the industry. The project is working in four main areas: improving the safety of train operation, automated maintenance, automated train operation, and technologies for integrating position information from trains and other equipment. The networking of railway technical information in the form of an information sharing platform is also essential. Although on a small scale, the project is targeting the application of ICT to specific objectives, including multi-function measurement and image data analysis for condition-based maintenance (CBM), forward viewing systems for automated operation, communication-based train control, communication between onboard and offboard systems, real-time hazard maps for natural disasters, and the automatic generation of train schedules. In those cases where labor saving is the objective, there will be a need to pursue the incorporation of machine learning and artificial intelligence into ICT systems so that they can perform similar functions to people. The hope is to generate new value through the next generation of railways based on such new technologies as artificial intelligence operating under human supervision.

Technical innovation at this point in time should call for government, academia, and industry engineers to bring a strong sense of conviction to their engagement with the information revolution. Rather than being hasty and being swayed by the immediate outcomes, they should come up with sound and well-grounded technologies. The technologies that arise out of this need to be ones that create a prosperous society while maintaining people's safety and peace of mind.