Since signing a partnership with the Centre for the Fourth Industrial Revolution in April 2018, Hitachi has drawn on its technologies and its experience using them to assist the Centre in its activities in this partnership role. This article describes the activities of the Centre itself as well as what Hitachi is doing there. 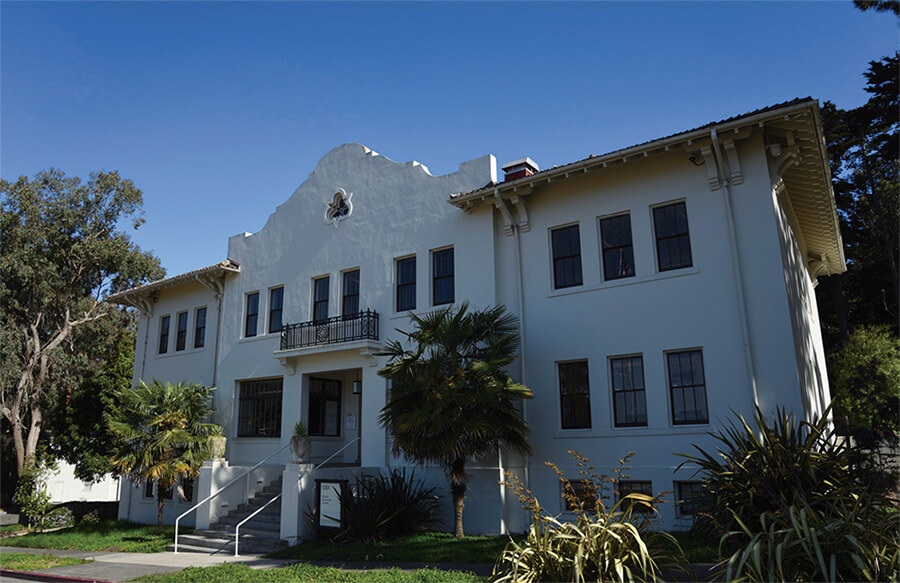 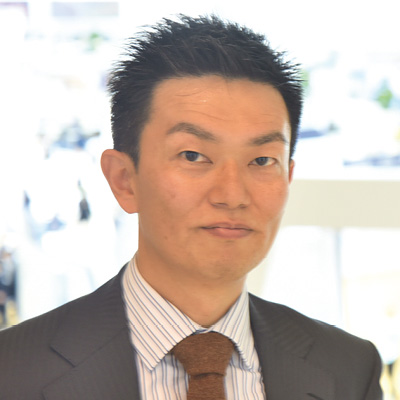 San Francisco Office of the Centre for the Fourth Industrial Revolution

A variety of different fields such as robotics, three-dimensional (3D) printing, and biotech have converged around advances in network, sensing, and analysis over recent years, bringing widespread benefits that extend beyond individual applications. This is one of the features of the fourth industrial revolution, a revolution that is progressing a lot faster than such transformations in the past, with predictions about technologies and their implications becoming more difficult than ever.

The truly dramatic advances being made with these technologies require changes to existing social and economic systems. Unfortunately, past approaches to rule-making are seen as having failed to keep pace with technological progress. The Centre for the Fourth Industrial Revolution (C4IR) Network established by the World Economic Forum (WEF) is an organization devoted to designing approaches to policies and governance that maximize the benefits and minimize the risks of technological innovation, and to implementing them so they can be adopted worldwide.

Since signing a partnership with C4IR in April 2018, Hitachi has drawn on its technologies and its experience using them to assist the Centre in its activities in this partnership role. This article describes the activities of the Centre itself as well as what Hitachi is doing there. That this balance is largely breaking down is one of the issues facing the fourth industrial revolution. In fields like drones, autonomous driving, and cryptocurrencies, it should be clear by now that large gaps have appeared between the pace of technological progress and the speed at which guidelines or the incentives and regulations for dealing with these technologies have been put in place, and that this is happening throughout the world.

Unfortunately, technology is not about to wait. This manifests not only as higher performance, but also as the ongoing convergence and development of new ways of using technology. This means that speedy and agile approaches are needed in the design of mechanisms for technology governance. Through this process, the hope is that innovative technologies and the societies they bring about will be inclusive (meaning benefits are distributed fairly to the many different groups who make up society while also respecting diversity) and with a high level of sustainability, and that these societies and the technologies that underpin them will develop in ways that can be trusted.

In March 2017, the C4IR Network opened its first office in San Francisco to serve as a venue for the co-design of policies for accelerating the uptake of innovative technology.

C4IR's vision is to enhance the humanity of people across wide areas of society by helping to shape the development and use of innovative technologies such as artificial intelligence (AI) and blockchains. Accordingly, their mission is to maximize the benefits and minimize the risks of innovative technology through the co-design and testing of approaches to technology governance and policies, making improvements as they go.

To continue to have an impact on the world and to accelerate social change, C4IR brings people together to work on projects, drawing them from governmental and public institutions including both national and local governments around the world and a wide range of companies from world-leading corporations to startups, and also from community groups, academic institutions, and international agencies. The network also seeks to scale-up the work done by these projects so that it will be adopted not only by policy-makers, legislators, regulators, and other such groups, but also across a greater number of different societies and fields.

To accelerate the full-scale introduction of the polices and governance frameworks it designs, C4IR progressively opened additional Centres in Japan, China, and India during 2018. A media announcement was also made at the Annual Meeting in Davos held in early 2019 to the effect that locally-run affiliate Centres would be opening in the United Arab Emirates, Israel, and Colombia.

It has been two years now since the Centre opened and a number of the projects have already delivered results. Along with remaining at the forefront of this work on policies and governance frameworks, the link between Hitachi's business operations and new ecosystems to be established in the near future is among the reasons for these activities. 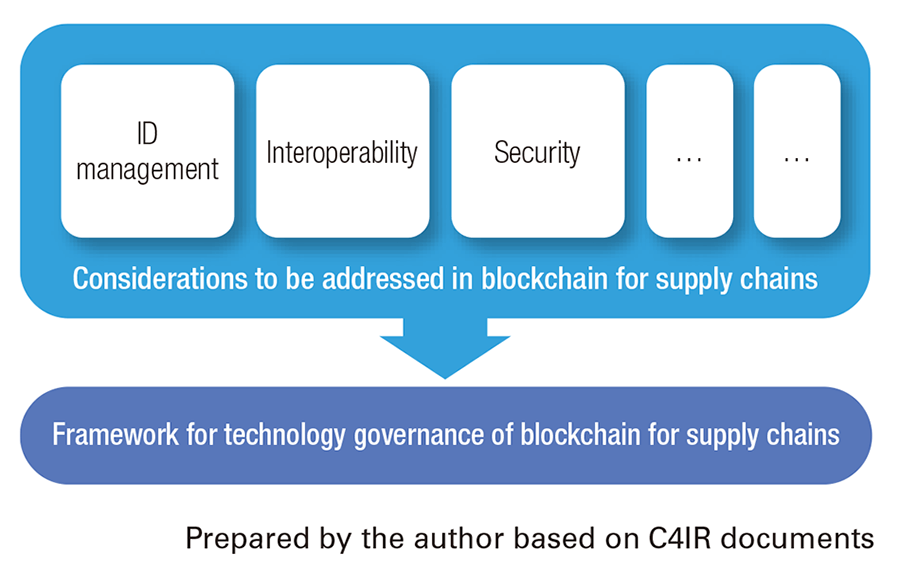 Having entered into a partnership agreement with the Centre, Hitachi and other companies and organizations are able to participate in a number of platforms in accordance with the agreement level. Here, a “platform” can be thought of as a technology field that ties projects together. The Network is currently working across six technology areas: Artificial Intelligence and Machine Learning; Internet of Things, Robotics, and Smart Cities; Blockchain and Distributed Ledger Technology; Data Policy; Autonomous and Urban Mobility; and Drones and Tomorrow's Airspace.

I am participating in a project entitled “Redesigning Trust: Blockchain for Supply Chains” as part of Blockchain and Distributed Ledger Technology Platform. The project is designing frameworks for the application of blockchain technology for logistics, distribution, and supply chains, in other words for technology governance and the associated policy frameworks. Around the world there are a number of trials and actual implementations of solutions that use blockchains for a number of typical use cases. Our Project aims to consider the gaps in technology governance and how these are to be resolved so that these solutions will develop in desirable ways.

Looking briefly at how some of these issues have been viewed to date, one example is the extent of awareness regarding the importance of interoperability. While the role of supply chains in industry clearly means that some will look for solutions that are wide-ranging in terms of their geographical scope and the industries they cover thanks to a high level of interoperability, there are also concerns as to whether the numerous pilot projects and solutions currently underway will in due course be able to interconnect. The definitive advantage of blockchains is that they provide an easy means for large numbers of private and public sector organizations across different industries to deal with each other without the need for a central coordinating agency or other intermediaries.

Meanwhile, another important consideration is that there exist both opportunities for the use in supply chains or other areas of logistics and distribution of “self-sovereign identity,” the new paradigm for identification (ID) management made possible by blockchains, and also cause for concern. The project is exploring ways of dealing with these in the form of designs for technology governance, with the aim being that it will culminate in solutions that are inclusive and highly sustainable as well as the ecosystems that support them.

Work on these activities is being supported by a wide range of experts and leaders. When the draft of a white paper on a particular topic is completed, for example, it is passed to the project's participating experts for review. Their opinions are collated and the draft revised based on their comments, the breadth and diversity of this community of experts being one of the major features of the WEF.

I was for several years involved in the standardization of encryption techniques on a committee of the International Organization for Standardization (ISO) and International Electrotechnical Commission (IEC), serving as an acting editor engaged in consolidating and collating the comments from the participating countries to prepare draft standards. Looking back now on this work, the discussions between the technical experts who shared the common objective of putting together a unified technical specification were generally informed by background knowledge of the technologies concerned and there was clarity in how to go about reviewing the technology and how to bring the discussions to a conclusion. In the case of the discussions of technology governance between the diverse stakeholders at the WEF, on the other hand, the collated comments came from a wide variety of perspectives, each of which was accompanied by its own set of assumptions and values. In fact, I came away feeling that many of the comments were not at all what I could expect. The necessary considerations when addressing technology governance encompass not only the realm of natural science as in the past, but also need to include extensive input from sociology and the humanities. 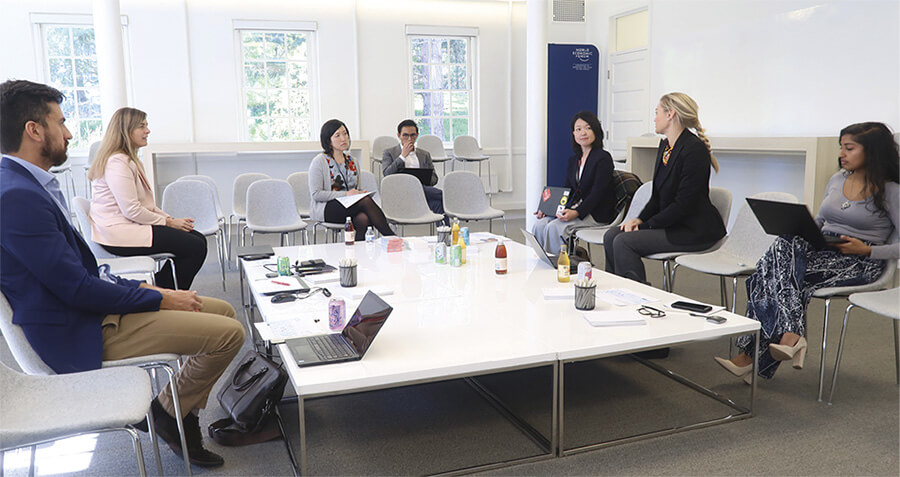 Figure 4—People Involved in the Project While I was exposed to many memorable ways of going about things during my involvement with the Centre, such as prioritizing speed and not being afraid of failure, what I really found distinctive about C4IR – something that was impressed upon me in my daily activities – was the respect for the diversity of opinions and viewpoints, and how they were manifested within the Centre's outputs.

Among the activities that characterize C4IR are the workshops. These covered a wide range of topics. There were workshops on governance design that involved identifying the issues to scope a project and considering what sort of frameworks to design in response to these identified issues, and workshops for generating feedback on prototypes such as toolkits for technology governance and the policy playbooks produced as project outputs.

The extent of the WEF's network, which is one of its strengths, is such that it can invite leaders and experts from a wide range of different fields to participate in its activities. The real strength of this unique forum is that it can achieve such diversity and draw out its characteristics in workshops. Moreover, it fosters a deep understanding of how issues are perceived and facilitates empathy and the discovery of inclusive and sustainable approaches, in the process drawing on knowledge from holding numerous world-level meetings such as the Davos Meeting to obtain input from a wide variety of participants, bringing them together not in collision, but in ways that are mutually stimulating.

These discussions would fail were they nothing more than people with differing opinions irresponsibly pushing their own conclusions. What is crucial, I believe, is to sustain orderly and free debate in which everyone shows unwavering consideration and respect for all involved. It was when this idea struck me that I came to understand why C4IR had chosen to set up here in San Francisco. There is a strong complementarity between the culture of Silicon Valley with its respect for freedom of thought and opinion and the diversity and high-profile location of the WEF headquartered in Switzerland. It is thanks to this wonderful respect for diversity that unique insights emerge from the workshops.

I would like to sum up by recounting something that happened to me recently. A certain well-known ride hailing service uses the Global Positioning System (GPS), and I don't doubt that many readers have experienced its convenience for themselves. When I recently used the service to call for a vehicle, the driver turned out to have a hearing disability. In the absence of GPS, he was clearly someone who would have found it difficult to get a job that requires frequent verbal interaction, such as a taxi driver. And yet, how many jobs are out there that do not depend heavily on the ability to converse? This made me appreciate how the ride hailing service is also of great benefit to someone who has to live under such constraints. You might say that it was through my involvement in this work that I came to this realization.

It may be that technology is making a greater contribution than we realize. It may also be that the people who truly understand the potential for this technology are not the people we might expect. When I think about how hints may be found in this very workplace, I find that in this work, buffeted as it is by the hardships of diversity, I spend every day with a firmer sense of responsibility.