Forecast to overtake China as the world’s most populous nation in 2024, India is not only experiencing water shortages, but also as a society is faced with the challenge of being unable to deliver the water it has to where people need it for their daily lives due to problems such as leaking from aging water pipes. In response, Hitachi has been utilizing its own water leakage management solution to address this challenge, participating in a trial project that demonstrated the potential for significantly reducing the amount of water lost to leaks. The project, which commenced in 2016, was undertaken through co-creation with the water utility for the state of Karnataka. In this article, researchers at the Research & Development Centre of Hitachi India Pvt. Ltd. who worked on the project talk about its aims, the technologies used, and the plan for the future. 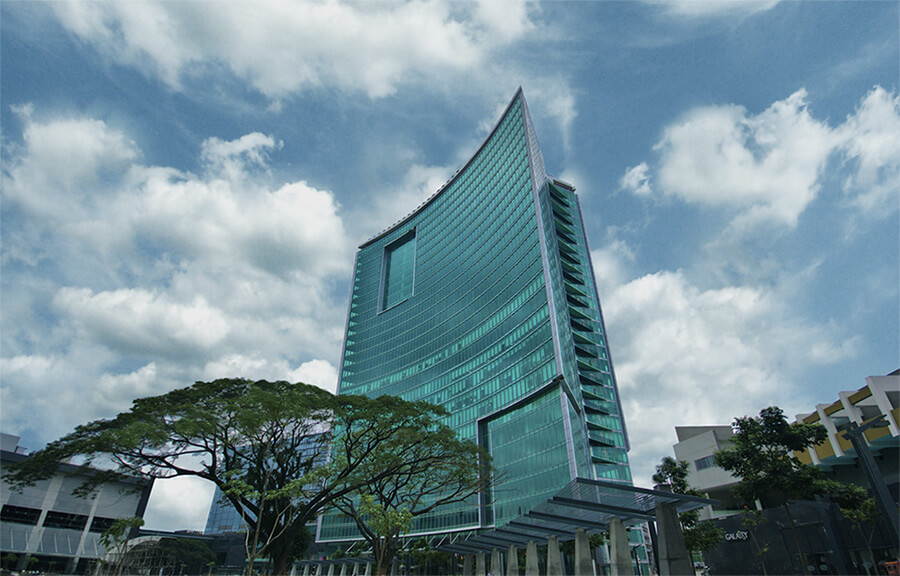 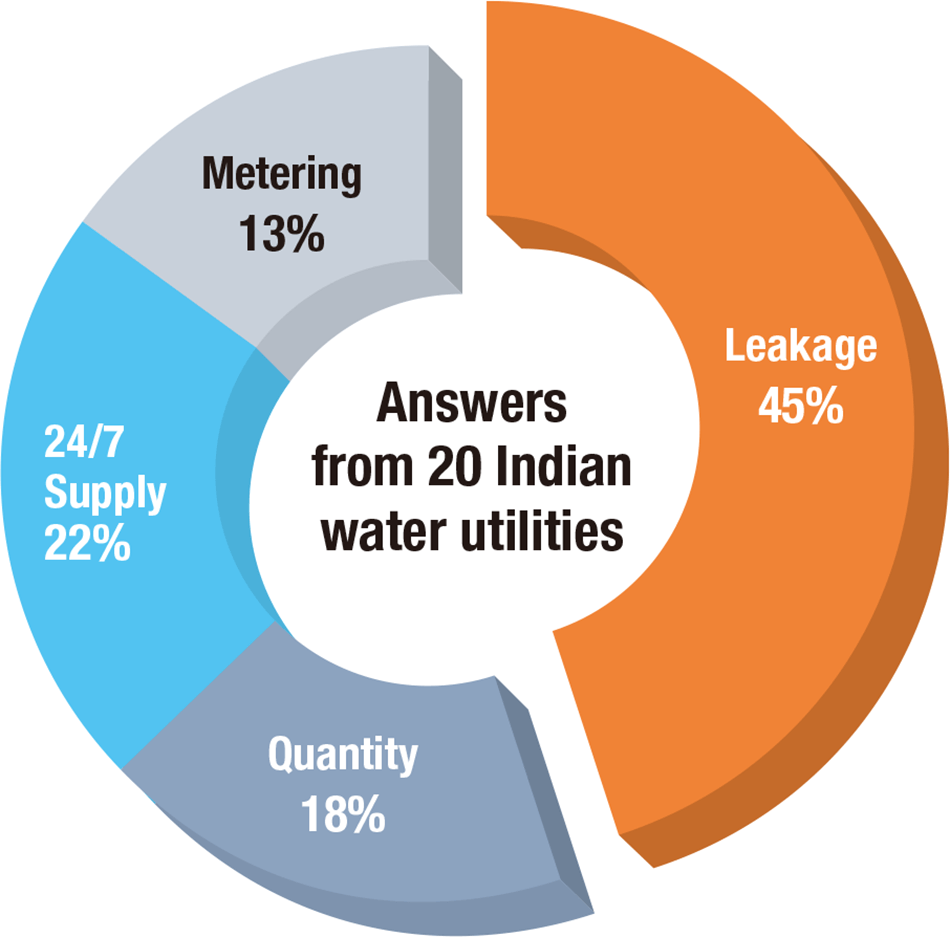 Water problems pose serious challenges for societies in many different countries and regions around the world. The Global Risks Report 2019 published by the World Economic Forum (the organization that hosts the Davos Meetings) listed “water crises” as the fourth of its top risks in terms of global impact. Similarly, recognizing that approximately 900 million people are currently suffering from water shortages, the Sustainable Development Goals (SDGs) adopted at the 2015 United Nations summit listed “Clean water and sanitation” as the sixth of 17 goals.

While water shortages are something that people tend to associate with places like the Middle East or Africa, parts of Asia are also affected. India, in particular, with a population of more than 1.3 billion, suffers from chronic water shortages, such that it has become commonplace for water supplies to be intermittent (meaning that water only flows for certain hours of the day). In 2018, a government think tank published a report stating that the country was facing the “worst water crisis in its history.”

Another major issue is that more than 40% of the water supplied by water treatment plants is “non-revenue water,” meaning it goes unbilled. This is a problem because, the higher the percentage of non-revenue water and the more water is lost from the distribution system, the more difficult it becomes for the water utility to function as a business, inevitably leading to adverse outcomes for users as well.

While non-revenue water has numerous different causes, the main ones are water theft and leakage from water pipes. The situation now, approximately 40 years after water distribution infrastructure was first installed, is that challenges such as how to solve the problem of water leaks, how to obtain sufficient water and maintain 24-hour supply, and how to install water meters all demand urgent attention from society (see Figure 1). 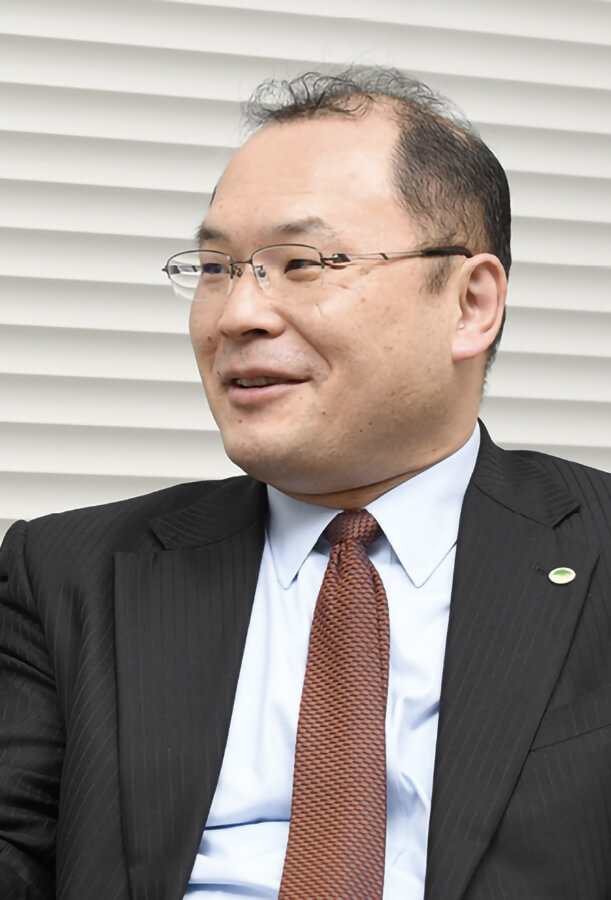 Amid these circumstances, Hitachi, which operates its Social Innovation Business globally, has set out to work in co-creation with customers to resolve India’s water problems.

Involvement between Hitachi and India goes back a long way, to the 1930s. Hitachi has been engaged in businesses such as construction machinery and information and telecommunication systems all the way back to when it opened its first office in Mumbai in 1935. Hitachi India Pvt. Ltd. was established in 1997 and currently focuses on solution businesses that address policies being pursued by the Indian government, including Digital India and Make in India.

The Research & Development Centre of Hitachi India opened in 2011 in the city of Bengaluru with the aims of both developing new businesses and expanding Hitachi’s existing information and telecommunication system and social infrastructure businesses (see Figure 2). Center Chief Technology Officer (CTO), Hisashi Ikeda, describes its current activities as follows.

“The Research & Development Centre currently employs about 40 research staff who are divided into four groups: IT platforms, IT solutions, energy, and industry. In addition to promoting co-creation with customers in the India market, they are working on technology development in cooperation with global research and development teams. In particular, co-creation with customers in India currently focuses on working toward the resolution of societal challenges, including raising people’s standard of living and providing better social infrastructure and more efficient public transportation.”

Work targeting water problems commenced in 2016, prompted by a belief that Hitachi’s IT and operational technology (OT) could be utilized to contribute in some way to overcoming these challenges.

Ikeda comments, “The problems with water in India go beyond the leaks, etc. that result in non-revenue water, the issue of water pollution is also one that cannot be overlooked. Hitachi has the technologies and solutions to overcome these problems and it made a decision to focus initially on the problem of water leaks with a view to expanding its business in India and addressing the severe water problems in this country.”

Co-creation with customers draws on a network of industry-academia connections built up over time. In 2016, a demonstration project involving a water leakage management solution was launched through co-creation with the Karnataka Urban Water Supply and Drainage Board (KUWS&DB). 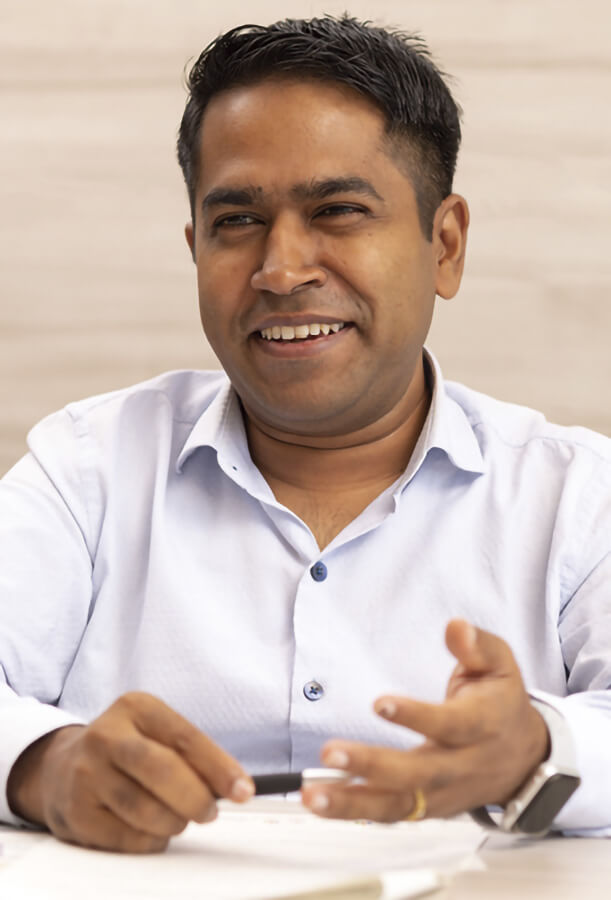 The project started with discussions between Hitachi and KUWS&DB about which townships should be covered by the demonstration project. The criterion was that the townships should be ones from which the appropriate data for Hitachi’s technology could easily be acquired. Based on investigations that commenced in 2016, the townships of Kariappa and Baichanahalli were chosen from among 23 such candidates in Kushalnagar town of the Kodagu district in Karnataka state.

The first step was to estimate how much water was leaking. This required having data on the quantity of water usage that could be compared to the quantity of water supplied. Unfortunately, this information was not available because no water meters were fitted at the point of supply. To overcome this problem, Avi Anthony Cornelio, a Chief Researcher at the Research & Development Centre who worked on the project, came up with the following idea.

“As water is supplied intermittently to each of the households in the townships from header tanks, Hitachi used these tanks to estimate the quantity of water supplied. This was done using a simple water level gauge made by attaching a rope between a float and weight, allowing a rough calculation of how much water was being supplied per each unit of time that could then be multiplied by the length of time for which water was supplied over the course of a day. This provided a means by which the quantity of water supplied over an entire month could be estimated.”

Having used this data to estimate the extent of water leakage, the second step was to develop a hydraulic model of the water system that could be used to calculate parameters such as water flows and pressures. Hitachi’s idea was to change water pressure as a way to reduce leakage, and what was crucial when doing this was to maintain a well-balanced water supply. In practice, when a utility supplies water from large tanks, the amount delivered varies widely depending on factors such as topography. Differences arise in a water distribution network between houses at high and low elevations, for example. Aware of this, Hitachi divided the users supplied by the tanks into three areas and set about developing and optimizing separate base-pressure-dependent demand (PDD) models for the water supplied to the tanks that fed the households in each of these areas (see Figure 3).

The third step was a simulation to determine how much leakage could be reduced. This involved using the newly developed hydraulic models to analyze how the distribution network would work if fitted with flow control valves (FCVs). The Indian government has set a target water supply of 135 liters-per-capita-per-day (lpcd). The analysis found that, compared to the case when no action is taken, installing Hitachi’s solution and using it to balance the over- and under-supply of water would get closer to this target while also reducing the amount of water lost through pressure relief valves (PRVs). The three steps described above were completed by 2017, delivering the conclusion that water leakage could be reduced under the simulated conditions. The problem with this, however, was that the base data on things like population and water pipe diameters collected for estimating the quantity of water leakage in step one included provisional values. Accordingly, to provide more accurate results, Hitachi and KUWS&DB conducted a study based on actual data in 2018. Unfortunately, acquiring this actual data proved difficult. In the absence of water pressure data, for example, it is necessary to uncover water pipes and use a portable device to measure their pressure. The problem was that digging at the locations indicated by the paper records of the pipe network often resulted in no such pipe being found. Accordingly, they worked with the customer, taking the time to steadily accumulate data, then used this as a basis for running simulations of how much water leakage could be reduced in practice. The results showed that water leakage could be reduced by 6% in Kariappa and by 10% in Baichanahalli.

Avi Anthony Cornelio comments, “When Hitachi informed KUWS&DB of these results, they were very grateful for the quantitative information it provided on water leakage. It is apparent that KUWS&DB has gone on to make repairs in places where water was leaking based on the conclusions of Hitachi’s research. Hitachi is currently proposing a further expansion of the area covered by the project in the Kushalnagar district while also pressing ahead with the commercial deployment of the water leakage management solution.”

While the demonstration project for the water leakage management solution had to contend with the difficulty of estimating the amount of non-revenue water (NRW) due to problems like missing or unreliable data, by undertaking analysis-based verification using Hitachi’s hydraulic models, it was successful in determining the extent of water leakage. Along with undertaking further demonstration projects in the future to build knowledge and expertise and develop even better solutions, Hitachi also plans to accelerate its involvement in co-creation with customers to help resolve the water problems in India. 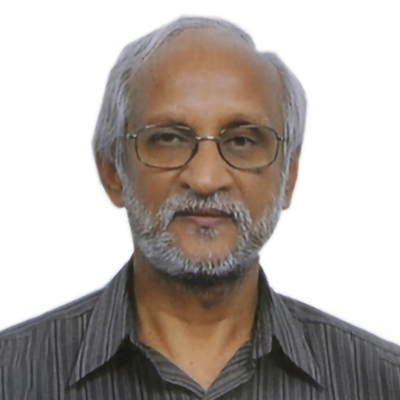 It will be my pleasure to write about the interaction between Hitachi India, Bangalore office and the Indian Institute of Science (IISc) Bangalore. We have collaborated on establishing monitoring and modeling of an intermittent water supply system in parts of Kushalnagara town in Karnataka state. This work has led to understanding of the hydraulic behavior of the system and also measures to reduce the non-revenue water (NRW) with pressure management techniques has been attempted with success in reduction of NRW. In essence, the work could easily be extended to the whole town of Kushalnagara. This type of rigorous analysis both in terms of field monitoring and modeling of a live intermittent system is one of the first works in these regions. This could as well be the forerunner for other activities which are planned/being planned with Hitachi. The Karnataka Urban water Supply and Drainage Board (KUWS&DB), which is responsible for supplying water to this town, is also fully involved in this project and has endorsed the salient results obtained and is looking forward to further interaction. 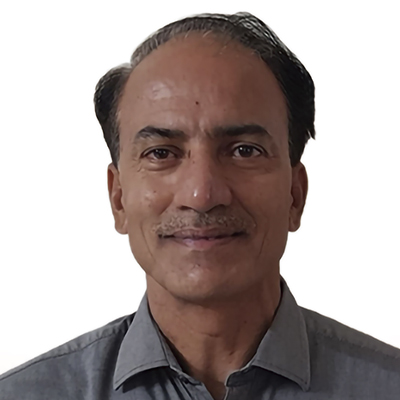 It will be my pleasure to write about the interaction between Hitachi India, Bangalore office and IISc Bangalore for a study on the Kushalnagara Water Supply Scheme. We have collaborated on establishing monitoring and modeling of an intermittent water supply system in parts of Kushalnagara town in Karnataka state. This work has led to understanding of the hydraulic behavior of the system and also measures to reduce the NRW using pressure management techniques have been attempted with success in reducing NRW. This type of analysis both in terms of field monitoring and modeling of a live intermittent system is rarely done in these regions. With this successful study, the work could easily be extended to the whole town of Kushalnagara and then to the entire state of Karnataka where high NRW is a common feature in majority of towns and cities. With the responsibility for water supply to this town, we are fully involved in this project and have endorsed the salient results obtained and look forward to further interaction.