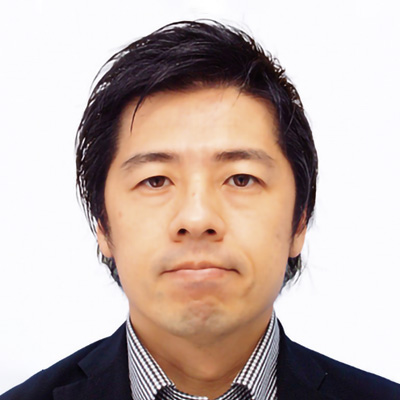 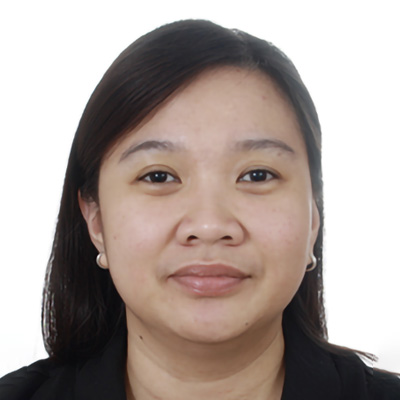 Hitachi Sales Middle East FZE (HSME) was established as a company in 2013 in Dubai, United Arab Emirates. Prior to that, home appliances had, since 1988, been handled by the sales and marketing arm of Hitachi Global Life Solutions, Inc. HSME provides extensive sales distribution and marketing services for consumer electronics and multimedia products across the Middle East, North Africa, and the Commonwealth of Independent States (CIS) regions. HSME is also the regional service and parts center for a network that covers over 37 countries in these regions (see Figure 1).

Overview of the MENA Region

Middle East and North Africa (MENA) together make up a geographical region of 19 countries with a population of over 381 million(1) people, about 6% of the world’s total. Over 40% of these people are under the age of 25, and the rate of youth unemployment is among the highest in the world, at an average of 28%.

The MENA region has 60% of the world’s oil reserves and 45% of the world’s natural gas reserves. Many of 2019’s forecasts for Brent crude put the average oil price at USD 55–62 per barrel, much below the USD 71 per barrel average for 2017.

While growth has picked up across the region, almost all MENA countries have moved to reduce or eliminate energy subsidies, identify new sources of non-oil revenue, and expand social safety nets to shield the poor from any adverse effects of change.

The Middle East has seen the fastest growing urban populations in the world for the past 50 years. As a result, over 70% of people live in urban areas across the region. The Gulf Cooperation Council (GCC) is one of the most highly urbanized regions in the world, with 85% of the population living in cities today, a figure that is expected to rise to 90% by 2050. Water scarcity and massive investments in urban infrastructure are some of the resulting challenges for these countries.

Along with urbanization, a focus on building smart cities has become popular in the region over the past few years. One of the countries to adopt such a focus is Saudi Arabia. A stellar example is the new smart city called Neom (a word meaning ‘new future’)—the world’s most ambitious project of its kind—which aims to reduce Saudi Arabia’s reliance on oil exports and expand the country’s economy beyond oil.

The Kingdom of Saudi Arabia

Shifting from an Oil-dependent Economy

In the 1930s, Saudi Arabia was one of the poorest countries in the world. Today, it is one of the wealthiest nations in the region, thanks to the discovery and export of oil.

From a cultural perspective, Saudi Arabia has unique characteristics. Alcohol is forbidden and women must cover up in public. Gender segregation is practiced, with restaurants having separate eating areas for single men, families, and women.

The government of Saudi Arabia has recognized that several issues need to be resolved. One of these issues is that Saudi Arabia is totally dependent on natural resources. The chart in Figure 2 shows the extent to which countries depend on exports of fuel commodities, including natural gas and coal as well as oil and oil products. Saudi Arabia is ranked 11th in the list.

Saudi Arabia today is undergoing a revolution spearheaded by the king’s son—the powerful young Crown Prince Mohammad Bin Salman. The target now set for the economic diversification of Saudi Arabia is to increase the non-oil sector’s contribution to gross domestic product (GDP) from 58% in 2016 toward a regional benchmark of 69% by 2020. The Crown Prince is promoting a more moderate form of Islam, including the lifting of bans on women driving and restrictions on their working.

A New Vision for Saudi Arabia

As part of the Crown Prince’s plans for transforming Saudi Arabia, a key initiative is Vision 2030—a vision of a future that is less dependent on falling oil revenues and more diversified in its economy (see Figure 3). Reducing the number of unemployed Saudi nationals is a key element of these plans, commonly referred to as the “Saudization” program. “Saudization (Arabic: السعودة),” officially known as the Saudi Nationalization Scheme or “Nitaqat (النطاقات),” is the process through which the government plans to increase employment of Saudi nationals in the Kingdom’s private sector.

Vision 2030 is built around three primary themes: a vibrant society, a thriving economy, and an ambitious nation.

In order to achieve a vibrant society, Saudi Arabia will focus on its people and the Islamic faith. This will happen through a series of commitments, including increasing the number of Umrah visitors from 8 million to 30 million annually, establishing the largest Islamic museum in the world, doubling the number of Saudi heritage sites registered with UNESCO, and promoting the growth of cultural and entertainment opportunities within the Kingdom.

In order to achieve a thriving economy, the Kingdom will diversify its economy and create dynamic job opportunities for its citizens. This will happen through commitments to education, entrepreneurship, and innovation, including diversifying the nation’s economy through the ongoing privatization of state-owned assets. Initiatives include establishing a sovereign wealth fund that will be financed through the partial initial public offering (IPO) of Saudi Aramco; unlocking underdeveloped industries such as manufacturing, renewable energy, and tourism; and modernizing the curriculum and standards of Saudi educational institutions from childhood to higher learning.

In order to be an ambitious nation, Saudi Arabia will focus on accountability, transparency, and effectiveness in its governing strategy. Sustainable success can only be achieved with solid foundations. In order to realize this potential, the Kingdom will establish zero tolerance for all levels of corruption, boost transparency by expanding online services and improving governance standards, establish the King Salman Program for Human Capital Development in order to train more than 500,000 government employees in best practices, and bolster the non-profit sector through increased efficiency and impact. 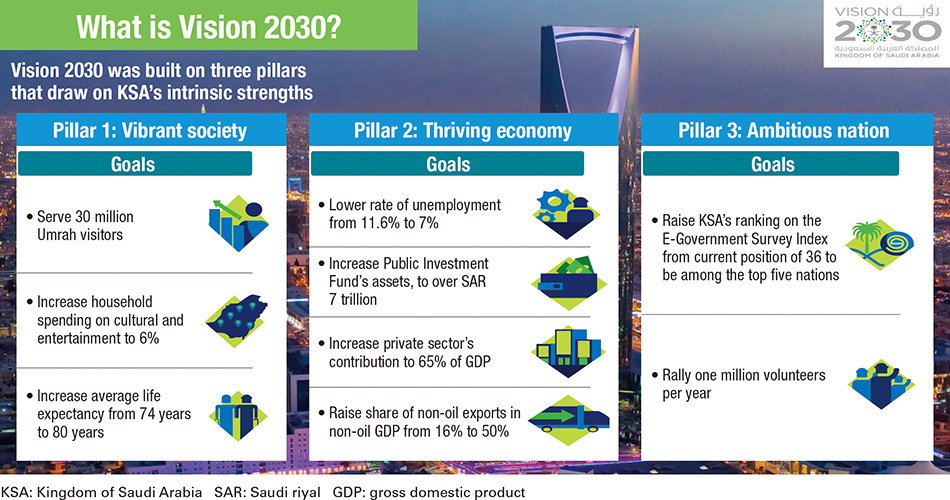 The characteristics of the Saudi market are summarized in Figure 4.

At present, the Saudi economy is experiencing side effects from the Saudization program, which may have been implemented too rapidly. It is said that 800,000 expatriates have left the country because of the fee imposed by the government on foreign workers. This has drastically increased companies’ fixed costs, staff salaries for Saudi nationals being much higher than those for expatriates. It can be said that the country is now in the midst of a transition from its old economy to a new one.

However, consumer appliances are expected to continue experiencing long-term growth in both volume and value due to a number of factors, including population growth as a result of the high birth rate. Also, the fundamentally stable economy underpinned by oil revenues, along with rising disposable incomes and an increasing number of women in the workforce (enabling middle and high-income consumers to buy more premium and higher-priced appliances), will in turn contribute to value growth within the consumer appliances sector.

The game has changed in the Middle East as the region is caught between the competing pulls of modernization and tradition. In coming years, MENA will no longer be as dependent on oil as before—in fact, most countries in the Middle East have already become urbanized like Saudi Arabia.

Saudi Arabia today evokes a very different set of connotations compared to 20 years ago. The country has slowly opened itself up to the world. Lifestyles have become more modern, entertainment options are increasing, and women are being empowered. Above all, there is a focus on making the economy less oil-dependent (see Figure 8).

Hitachi is proud to offer products that go beyond their expected functions to help the millennial family accomplish household tasks faster and easier so it can spend more time together. Hitachi also offers a wide range of energy-efficient products. As smart cities evolve, the company envisages that every home, office, restaurant, and shop will be equipped with smart home technology, allowing residents to intuitively control all aspects of their environment at all times.

Consumers are becoming more interested in embracing a healthy lifestyle, both for themselves and the environment, a shift that has been primarily driven by access to social media and an increasingly global, fashion-oriented mindset.

Hitachi expects that Saudi Arabia will change drastically in the coming years as Vision 2030 is achieved. The main challenge could be the redefining of Saudi lifestyles. How fast the country can adapt to today’s changes depends on how people can balance the competing pulls of modernization and tradition. The social conversation reveals that there is a growing interest in modernizing trends, although there is also a hesitation to fully embrace change.

Fig. 8— Strategic Direction of KSA Past, Present, and Future HSME continues to connect with consumers in new and different ways to be the top-of-mind brand choice in Saudi Arabia. In a recent advertising campaign promoting strategic products, for example, traditional and digital advertising were combined with in-store activities to better reach the target audience. The distributor of Hitachi home appliances in Saudi Arabia has also been running television commercials on the Al Arabiya channel for the last three years. Internal research found that the awareness score for Hitachi exceeded that of brands in previous surveys.

Another powerful growth driver is the HSME product strategy of offering high-value products to consumers. This is driving sales growth and market share gains across categories. The addition of a multi-door model to the refrigerator range, for example, has expanded the variety of models and sizes available for Saudi Arabia consumers to choose from to fulfill their desires.

A successful channel strategy is another significant part of Hitachi’s business strategy. While traditional shops and independent retailers dominated in the past, the changing market is bringing with it modern trade retailers showcasing a full range of technologically advanced products. Modern trade retailers now play an important role because customers shop where they enjoy the experience. One of HSME’s key initiatives is a focus on in-store promotion and the provision of a full range of product displays that also include cordless vacuum cleaners and air purifiers to generate new growth opportunities for Hitachi products.

Digitalization is playing an important role in Saudi Arabia and it is a key feature of Vision 2030. It is among the factors affecting the quality of life of Saudi consumers, which also include rapid urbanization, healthy lifestyles, convergence, and mobility. In order to enhance the quality of life and meet the needs of Saudi consumers, Hitachi intends to continue supplying products and solutions that feature a high level of cutting-edge technology to meet consumer expectations. These include smart home appliances and products that form part of the Internet of Things.