The need for control over microstructures to enhance the functionality and performance of materials has resulted in the expansion of applications for scanning electron microscopes (SEMs) in recent years beyond traditional research and development into areas such as quality assurance and production management. This has led to demand for microscopes that are easier to use and that impose less stress on their operators.

The SU3800 and SU3900 combine operability and functionality by automating a variety of electron microscope operations such as axis adjustment and focus.

The microscopes also feature a number of new functions, including an Intelligent Filament Technology (IFT) function for extending operating time and providing an indication of how much time remains by monitoring and optimizing filament condition, the SEM MAP function for moving the stage to a specified location in a wide-angle optical camera image (the entire movable range of the stage), and a function for energy dispersive X-ray spectroscopy (EDS) integration that makes the microscope easier to use by combining all the steps from SEM observation to elemental analysis and reporting.

The large SU3900 model also has a sample stage with a diameter of 300 mm that can take samples of up to 5 kg (2.5 times the previous model), a feature that helps reduce the sample preparation workload (cutting, etc.) compared to previous models.

The requirements for automatic analyzers in clinical testing applications where test results are needed quickly include not only the consolidation of analyzer functions and faster testing times, but also the ability to operate non-stop for 24 hours a day.

cobas* pro integrated solutions features the development and connectivity of the cobas c 503 analytical unit for clinical chemistry as well as the cobas e 801 analytical unit for immunochemistry, which has built a strong reputation among customers for features such as the length of time reagents remain stable after being opened on the analyzer (up to four months). 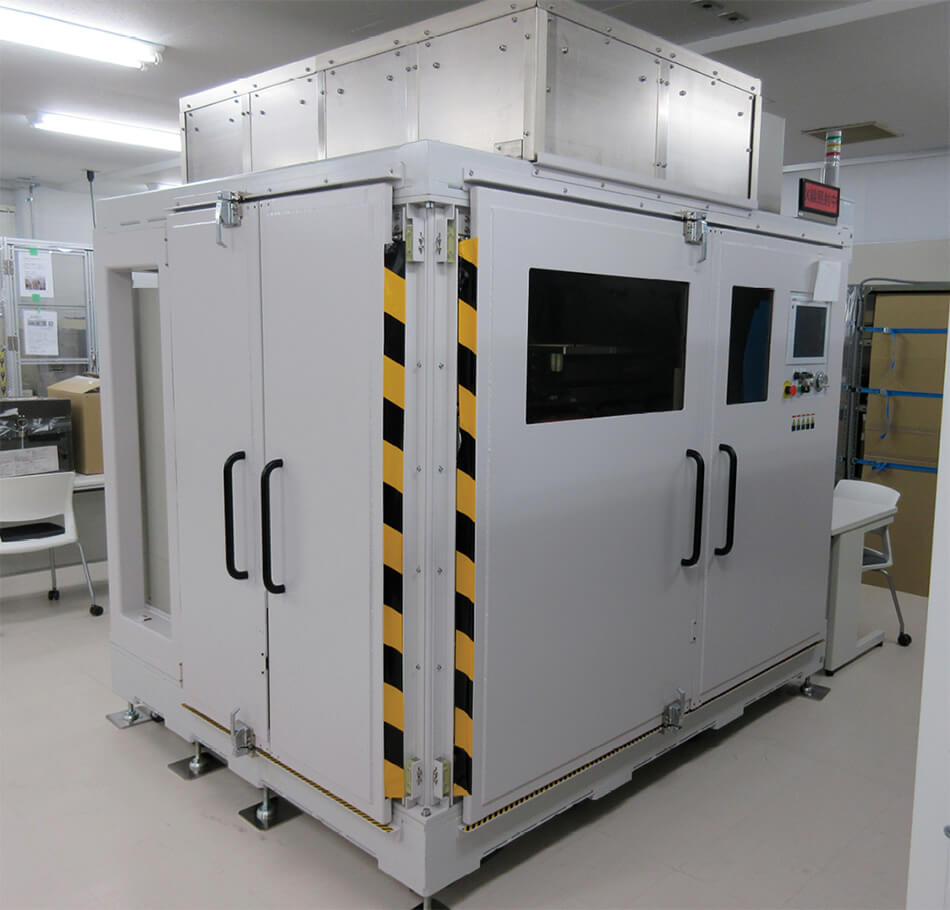 In response to national regulations against a background of environmental problems, the development and commercial production of electric vehicles (EVs) powered by lithium-ion batteries (LiBs) and also of fuel cell vehicles (FCVs) are advancing. With LiBs and fuel cells there are concerns that metal contaminants contained in their material may cause performance degradation, malfunctions, and accidents (smoke or fire). As a countermeasure, aging inspections are implemented to identify non-defective products and discard defective ones. Therefore, the demand for in-line metal contaminants inspection systems is increasing, for reasons of quality control and cost.

In the future, Hitachi High-Tech Science Corporation will use higher-speed and higher-resolution X-ray cameras to realize a metal contaminants inspection system for LiB production lines, and contribute to enhance the safety and productivity of LiBs.