With countries around the world working to achieve a decarbonized society, the use of decarbonized fuels in internal combustion engines is attracting interest as a way to achieve carbon neutrality. Examples include hydrogen and biomass fuels derived from renewable energy sources. However, using these fuels to ensure a stable energy supply is difficult since their reserves vary by region and time. Hitachi has addressed this problem by developing an automated machine learning technology for engine control parameters that enables multiple fuels to be used together in combination with the goal of enabling effective use of decarbonized fuels. The technology learns highly efficient engine control parameters by autonomously acquiring the required data in response to changes in fuel type and mixture state as the engine runs. This article provides an overview of the technology and presents the results of an evaluation carried out on a prototype engine system. 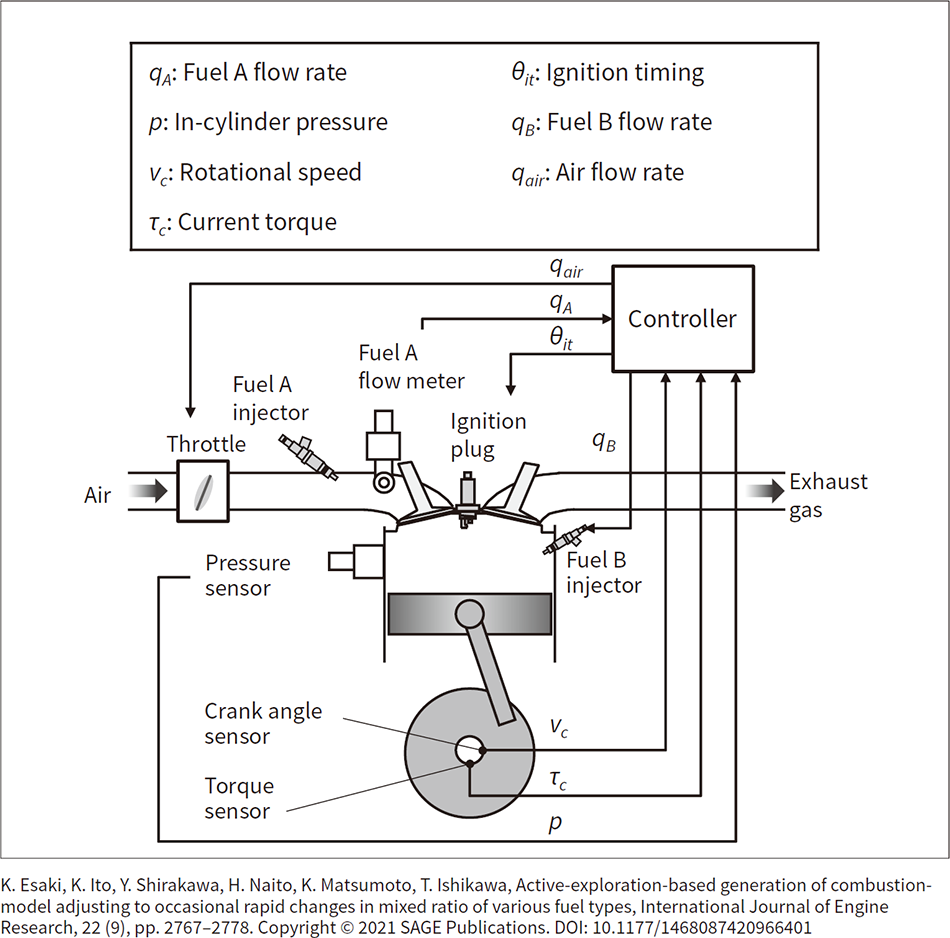 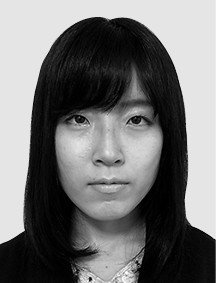 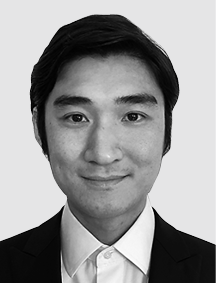 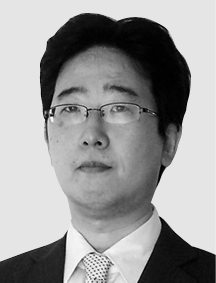 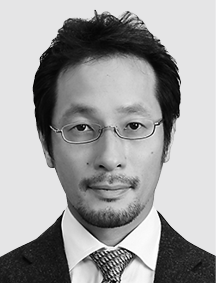 In 2020, Japan declared its intention to become carbon neutral by 2050 through a net reduction of greenhouse gas emissions to zero. Policies have been announced that target a greenhouse gas reduction of 46% from the 2013 level by 2030, with ongoing efforts thereafter to reduce greenhouse gases by 50%(1). Similar moves to create a decarbonized society are taking place in Europe and other countries worldwide.

Renewable energy-derived hydrogen and biomass fuels such as bioethanol and biogas are also attracting interest for use in engines powering internal combustion generators and transportation equipment. This hydrogen is produced from water electrolysis powered by solar, wind, or other renewable energy sources. Bioethanol is produced by the saccharification and fermentation of crops such as corn. Biogas is produced by fermenting wastewater or kitchen waste. Biomass fuel proponents are also looking toward materials such as waste cooking oil as future fuel sources. However, since renewable energy sources generate power quantities that vary throughout the day and from season to season, hydrogen production and market supply quantities vary throughout the year. The quantities of the raw materials used to produce biomass fuels also vary by region and season. So engines that can run on a combination of multiple fuel types would be a promising solution.

The current state of the renewable energy economy has led Hitachi to identify the need for a multi-fuel engine system that can run on a combination of multiple fuel types. The company has developed an automated machine learning technology for engine control parameters that learns high-efficiency engine control parameters by responding to changes in fuel type and mixture state while the engine is running to autonomously acquire the required data. A prototype engine system with the technology installed in it has attained highly efficient combustion through a combination of hydrogen and biomass fuel while minimizing manual engine operation. This article provides an overview of Hitachi’s automated machine learning technology for engine control parameters, along with the results of evaluation testing on it.

When running a conventional engine, the output values from the controller are set by using a control map and the values input to the controller. The control map uses a lookup table format to store the control parameters used to attain the required engine speed and required engine torque. An actual engine needs to be run manually to create the control map that will be used to control the engine with high thermal efficiency while handling variations in fuel type and mixture state as needed to accommodate a multi-fuel engine system. The types and ratios of the fuels to be used need to be anticipated beforehand at this point, and used together in a number of different ratios. However, predicting the fuel mixed ratios ahead of time is impossible since the fuel types and mixture ratios supplied to the running engine will vary, and the reformed gas composition will change as the reformer’s operating environment changes.

One possible method of overcoming this challenge is to create a control map in advance by constructing an engine system simulator and using simulation data for every fuel mixed ratio that could possibly be used. However, the engine combustion is so intense and turbulent that it cannot be approximated by laminar flow combustion, rendering it impossible to make the same sort of theoretical estimates of combustion states as are made for laminar flow combustion. So the only way to construct a simulator is to run an actual engine and collect data, but it is difficult to manually run the actual engine ahead of time at every possible fuel mixed ratio.

To summarize the discussion above, controlling an engine with high thermal efficiency while handling variations in fuel type and mixture state involves two challenges: (1) the difficulty of manually running an actual engine at every possible fuel mixed ratio, and (2) the possibility of abnormal combustion occurring when running the engine as the control parameters are changed at random.

This technology works by making use of the fact that, when multiple fuels are mixed, the combustion state changes continuously in response to changes in the fuel mixed ratio(4).

The control parameters surrounding the initial value are searched, and the search range for data to be acquired is shifted in the direction of higher thermal efficiency.

To evaluate its effectiveness, the developed automated machine learning technology was tested in a prototype engine system. The fuels used for the testing were ethanol and hydrogen (biomass fuels). The engine was run manually beforehand on ethanol to acquire operation data and train a control model. During testing, the engine was initially run on 100% ethanol and 0% hydrogen. While continuing to run the engine, the hydrogen ratio was then progressively increased in 2.5% increments (heat value percentage). (Starting at 20% hydrogen, the increases were made in 5% increments.)

Each change in fuel mixed ratio made while the engine was running initiated a searching phase designed to seek control parameters yielding higher thermal efficiency on the basis of the control model trained from the immediately preceding fuel mixed ratio. The process then switched to a learning phase designed to acquire the operation data generated by the control parameters that yielded the higher thermal efficiency. This acquired data was used to train a control model. 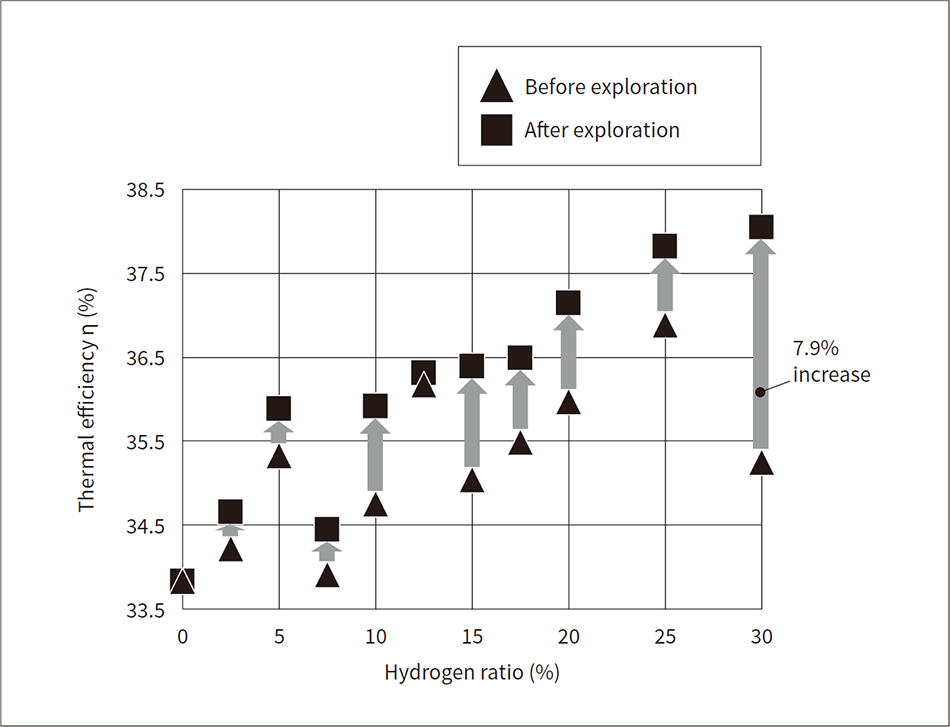 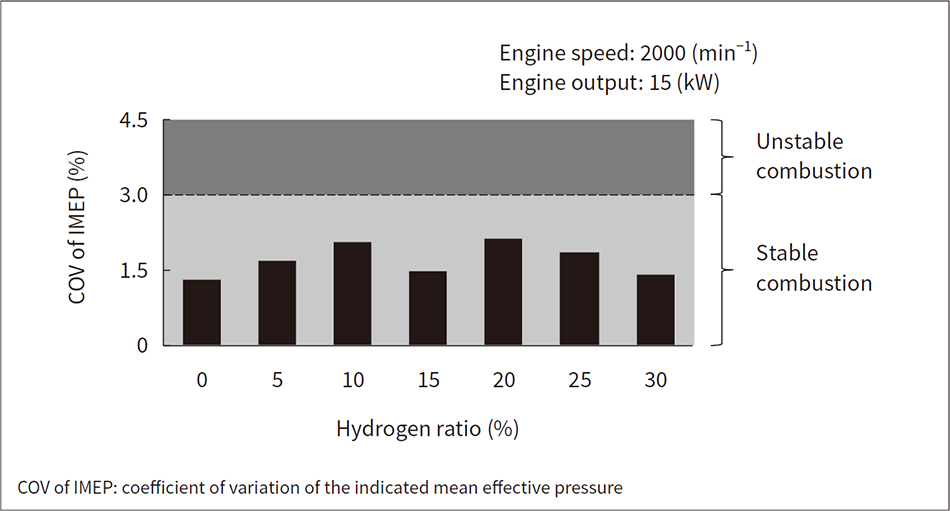 This article has described Hitachi’s automated machine learning technology for engine control parameters, designed for use in multi-fuel engine systems.

Fuels are expected to evolve and diversify as the world moves toward a decarbonized society. Engine systems equipped with the technology will be able to support these fuels in response to various needs, enabling use as energy sources that offer greater resilience against climate change.

In the future, Hitachi will work on demonstrating engine systems equipped with the technology while seeking to create energy supply chains that can achieve zero emissions.