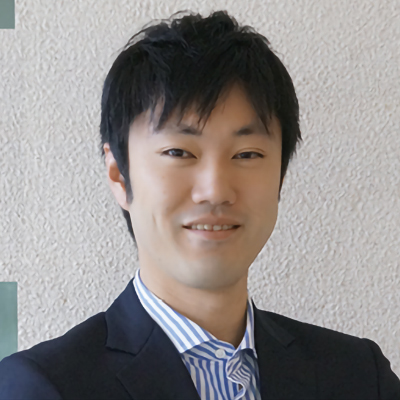 Idea behind the Era of 100-year Lifetimes

Arguably, Japan was the first to advocate, as a nation, the idea that living to 100 would become common, a development prompted by younger politicians such as Shinjiro Koizumi. The term “jinsei 100-nen jidai” (literally: “era of 100-year lifetimes”) was used in pronouncements on the future of social security made in February 2016 that were primarily led by younger members of the Liberal Democratic Party.

Now, three years later, a new vision for social security reform in this era of 100-year lifetimes proposed by Koizumi, who has gone on to head his party’s Health, Labour and Welfare Division, has been largely incorporated in its entirety into core policy (2019). Certainly, there are no other such clearly framed ideas as this concept of society being introduced to the world by Japan in its position at the forefront of rapidly aging demographics. In fact, one often hears the amazement of people overseas regarding this serious attempt being made by Japan to build a society predicated on 100-year lifetimes.

However, even when it is understood as a concept, it is difficult to get an intuitive sense of what the essence of an era of 100-year lifetimes would be. It could even be a source of darker feelings as people contemplate living for such a long time. Accordingly, my aim in this article is to give my own view on what such a world would entail. For impatient readers, my conclusion could be summarized as the emergence of a “third-age generation” (based on the idea of splitting a 100-year lifetime into four parts represented by spring, summer, fall, and winter respectively, with the third age being the fall season from the age of 50 to 75).

Emergence of the Third-age Generation

Back when the average lifetime of Japanese people was only 50 years, life was synonymous with work. For young and old alike, life was a matter of working from morning until night. As society developed after the end of World War II, however, the pattern of life for Japanese people came to take on three stages, education, work, and retirement, with 20 years of education followed by 40 years of work and 20 years of retirement. This model of three life stages served as a driving force for dramatic growth in the Japanese economy.

Now, as we begin the Reiwa Era, Japanese people on average live for 90 years. In other words, we have arrived at a time when people should plan on the possibility of living to 100. This is why we now speak of “an era of 100-year lifetimes.”

What model of life, then, should provide the basis for such a world?

The existing model of 20 years of education and 40 years of work leaves people facing the daunting prospect of 40 years stuck in leisure after retirement. While this is nothing to complain about and would no doubt be welcomed by many people, the idea I want to put forward in this article is that we should think of a 100-year lifetime as consisting of four stages, namely spring, summer, fall, and winter.

The spring of education lasts up to the age of 25 and the summer of work to age 50. This is followed by a fall up to age 75 during which people engage in learning, working, and leisure, the last stage being the winter of retirement. Spring and summer represent the upward trajectory of life, fall and winter its decline. One way to think of it is as a gentle, upside-down U-turn.

The greatest feature of this model and one that is new to human history is the emergence of a “third age” in which people enjoy a “fall harvest.” The old model involved people devoting themselves to work only to be forced, all of a sudden, to join the ranks of the elderly. In contrast, the new model provides a rich period of combined learning, working, and leisure in between work and final retirement.

This also differs from the old model with regard to financial savings. Past practice has been to use the income from working hard between the ages of 25 and 60 to build up retirement savings while also providing for a family. Unfortunately, this is insufficient to provide for people until the age of 100. Recent debate about later retirement and saving for old age has also been based on this old model.

The new model dispenses with this and instead involves enjoying a “fall harvest” in which people continue to work while also engaging in learning and leisure. People at this age have the physical capacity and will to do this. While their income may decrease somewhat, there is also the potential for dramatic cuts in their cost of living through numerous innovations and the spread of the sharing economy in which ownership of goods is no longer taken for granted. This should be enough for people to have a good living without relying on the state or employers.

Another feature of an era of 100-year lifetimes is that it calls for a faster pace of personal regeneration, with the flexibility to move through different life stages and change employment a number of times. When thinking in terms of a 100-year lifetime, assuming that you are incapable of change and can only keep on doing things the way you have always done them becomes a risk.

Even now, people who have worked until retirement age hope to be able to hold onto the experience and skills of their former employment and to keep working in a role where they can put these capabilities to use. Unfortunately, finding such work is difficult unless you are unusually capable or lucky, leaving many people disappointed by the gap between expectation and reality. In contrast, people who quit their jobs around the age of 50 and take up the challenge of new work tend to remain active into old age. While getting established in a new field at 50 years of age obviously comes with some difficulties, the confidence acquired from the experience of doing so influences how they approach their retirement.

Considering this, it may be that we will talk in the future about how life begins at 50. We will treat the first 50 years of life as training and be prepared to take on any number of new challenges without fearing the risks. In today’s society characterized by extreme complexity and specialization, there are many challenges that one can only come to grips with after first enduring this extensive groundwork. Even in my own field of academia and research, it is said that people only get to do the best work of their lives after reaching their 50s.

Given that it represents something new in human history, the first generation to encounter this “fall harvest” will no doubt find it perplexing. Nevertheless, it is apparent even when looking internationally that society will soon be entering a world in which economic growth no longer follows its traditional pattern. How to live well in a finite steady-state economy is a challenge shared by all of humanity, and I hope that those who will make up the first such generation will set an example for everyone else.

There is no doubt that the mature human-centric society and the true nature of well-being lie in each of us continually and more deeply questioning for ourselves how best to live our own lives, taking in the big picture of what this 100-year lifetime really means.