Japan has been making ongoing reforms to its electricity system prompted by the Great East Japan Earthquake, with the first round taking the form of the 2015 launch of the Organization for Cross-regional Coordination of Transmission Operators, Japan. Hitachi supplied the cross-regional operation system that supports the operation of the Organization for Cross-regional Coordination of Transmission Operators through a combination of IT and operational technology. On the basis of its 5th Strategic Energy Plan, the government is currently working on regulatory system design with the aim of establishing new markets and putting next-generation network systems in place. Also planned to support this new regime is the introduction of a new system that provides similar features to those of the cross-regional operation system, including its integration of IT and operational technology. Hitachi intends to draw on the knowledge acquired in the development of the cross-regional operation system to make a further contribution to social innovation through the deployment of this integrated IT×OT system. 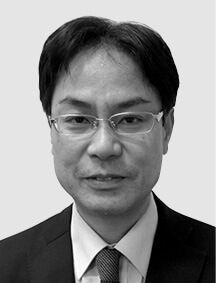 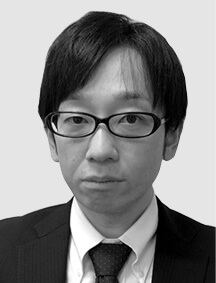 The reliable supply of electric power at low cost is fundamental to people’s way of life and essential to the progress of social and economic activity. While the liberalization of electricity markets in Japan had proceeded cautiously over a period of more than 10 years to avoid disruption to security of supply, by adopting its Policy on Electricity System Reform by means of a cabinet decision in response to the Great East Japan Earthquake, the government in a single stroke introduced both full retail market liberalization and measures for the reliable operation of electricity networks throughout Japan.

The Organization for Cross-regional Coordination of Transmission Operators, Japan. (OCCTO) was established in April 2015 as the first of three stages of electricity system reforms.

Hitachi was commissioned to develop a cross-regional operation system to support the operations of the OCCTO. Since commencing operation in April 2016, the system has overcome a variety of challenges and enjoyed reliable operation. April 1, 2020 marks the completion of the three main initial reforms to the electricity system and a shift in focus to the next stage of regulatory reform. Work on this is already underway, with action ongoing on new regulatory reforms for the system.

Along with maintaining the transmission and distribution networks needed for the cross-regional operation of the power system, the OCCTO also undertakes work aimed at strengthening the mechanisms for balancing supply and demand both during normal operation and in emergencies at the nationwide level.

The main activities of the OCCTO are as follows.

The role of Hitachi’s cross-regional operation system is to support these activities.

The diagram shows the links to the existing wholesale market as well as to other systems that are scheduled to commence operation in the future, including those for the balancing market and a capacity market.

The security of electricity supply in Japan is achieved by means of the general electricity transmission and distribution utilities (the old general electricity utilities) for each area of Japan managing a huge power system made up of the transmission links between all of the different supply areas to undertake the extremely difficult task of balancing power flow supply and demand through these inter-regional links in accordance with an operating plan.

The cross-regional operation system was developed to overcome this problem by consolidating IT and operational technology (OT) with the know-how, experience, and operational expertise of a large number of different organizations, including the Agency for Natural Resources and Energy, OCCTO, the general electricity transmission and distribution utilities, and Hitachi.

For example, while IT is needed to process the large volumes of plan data from the retailers, generators, and other market participants as well as the contract data from the Japan Electric Power Exchange (JEPX), it is through OT that the results of this are used in determining the power flow settings for control of inter-regional links and the power flow settings for control are linked to the central load dispatch systems of the general electricity transmission and distribution utilities through cyclic digital data transmission systems. Table 1 lists the functions of the cross-regional operation system.

While the cross-regional operation system is already linked to the central load dispatch systems of general electricity transmission and distribution utilities and to the JEPX power wholesale market system, future plans also include the addition of links to the other market systems that are scheduled to commence operation. Figure 1 shows an overview of these inter-system links.

The cross-regional operation system works by receiving generation and demand plans from the participants and using these for things like managing supply and demand and planning transmission line usage.

The diagram gives an overview of the route calculation for maximizing power flow.

Fig. 3—Determination of Power Flow and Operational State Based on Three Constraints

The graph shows the equipment constraints that apply to power flow.

Hitachi set out to use a combination of IT and OT to overcome many of the challenges that emerged during the development of the cross-regional operation system. The following describes one such example that relates to the Hokkaido–Honshu High-voltage Direct Current (HVDC) Link.

The Hokkaido–Honshu HVDC Link is one of Japan’s inter-regional links. Operating the link efficiently requires the ongoing determination of power flow and operational state (one of 26) in a way that satisfies the maximum change, maximum and minimum power flows, and power flow reversal constraints (see Figure 2). Hitachi set out to use a combination of IT and OT to satisfy this requirement.

This equates to selecting the power flow and operational state from 2648 possible combinations (see Figure 3), making the calculation difficult to implement using standard logic such conditional branching. Instead, the problem was resolved by utilizing expertise from the IT sector to design a high-speed calculation that uses the dynamic programming method for optimization.

Moreover, the solution also drew on OT knowledge because of the need for the constraint equations and parameters used for optimization by the dynamic programming method to correspond to the actual equipment constraints.

3.1 Organization Combining IT and OT Expertise

The government is promoting digitalization with aims that include new business development in the electricity sector, with further systems that combine IT and OT being needed in the future over and above the cross-regional operation system.

The requirement for legal unbundling of transmission and generation that comes into force in April 2020 (the third stage of electricity system reform) calls for higher levels of transparency and efficiency in activities like supply and demand balancing and the maintaining of supply capacity that were handled internally at the old general electricity utilities. A consequence of this is that markets will become even more important. This is expected in turn to create a need for the OT functions of transmission and distribution to be integrated with IT functions such as market trading and billing, making it more important than ever for Hitachi as a system supplier to consolidate its combined IT and OT know-how. Hitachi promotes the development of systems for the new regulatory system through establishment of an organizational infrastructure where IT and OT staff are combined to accumulate and utilize knowledge of electricity system reform.

The diagram summarizes the development process for the Hokkaido–Honshu HVDC Link optimization calculation.

The lack of any precedent in Japan for the development of systems for the new regulatory system design makes it difficult to determine all of the requirements and specifications in advance. This raises the risk that numerous problems will emerge in the latter stages of the project with consequences that include delays in system rollout. An effective way to address this risk is to incorporate elements of agile development rather than relying solely on a development process based on the waterfall model (see Figure 4).

In the case of upgrades to the cross-regional operation system, this problem of numerous late-stage problems and system rollout delays was avoided by the early programming of tasks for which it is difficult to verify the suitability of specifications based on a desktop analysis. The functionality of the program could then be verified by running it using actual data, enabling developers to work through a cycle of identifying and resolving issues at an early stage.

Through collaborative creation with OCCTO, the system user, it was also possible to decide which issues needed to be addressed and how to go about doing so with consideration for how frequently they would arise in actual use and their impact on operations.

3.3 Project Management with Emphasis on Keeping to Schedule and Operational Considerations

The establishment of OCCTO represented stage one of the electricity system reforms. Because there was no scope for delaying the introduction of full liberalization of the electricity retail market in April 2016 (the second stage), the project was one that had to be delivered on time. Meanwhile, the fact that regulatory system design and system development were taking place in parallel made quality assurance a major challenge.

This strict schedule notwithstanding, because delivering a poor quality system would ultimately result in greater disruption to the customer, consideration of the basics and good practice meant that, rather than pursuing the ideal of full functionality, there were cases where it was crucial to set specifications on the basis of what was possible in the time available.

In practice, along with cutting out of functionality for which quality assurance would be difficult or where performance degradation was a risk, this also involved working with the customer to define the system scope in a way that put top priority on delivering a working system and getting operations up and running. Likewise for the cross-regional operation system, Hitachi went about upgrading the system in a way that avoided any impact on the public, seeking a scope that could be delivered on-time and coordinating with OCCTO to agree on what the system should do and what should be handled operationally.

Global warming is an environmental problem for the entire world, one that represents an urgent task for the electricity industry. At the same time as it is reforming its electricity system with a focus on liberalization, Japan also faces the extremely difficult challenge of how to move toward decarbonization by making greater use of renewable energy without compromising security of supply.

One of the first issues that arises in seeking to overcome this challenge is the lack of transmission line capacity for connecting this renewable energy to the wider power system. While the construction of inter-regional links and other new power lines is one way to go about addressing this problem, this involves a high capital investment and is a time-consuming process, stretching from land acquisition through to power line construction. Accordingly, to overcome this challenge, Hitachi sees an urgent need for the use throughout society of solutions that combine IT and OT, drawing on the expertise of general electricity transmission and distribution utilities in transmission and distribution infrastructure and grid operation and utilizing demand-side resources as well as those of generators.

Hitachi is engaging in social innovation through solutions that combine IT and OT with Lumada as the solution core, working on the development of both solutions for operating very-high-voltage networks that include central load dispatch systems and system integrity protection schemes (SIPSs) for grid stability, and also demand-side solutions such as demand response and virtual power plants.

Based on its 5th Strategic Energy Plan, the government of Japan is planning to establish new markets such as the capacity market and electricity balancing market, and build a next-generation network system (see Figure 5).

Hitachi is preparing itself to participate in these plans and intends to continue delivering social innovation in the energy sector for this new era though solutions that combine IT and OT.