Tests using experimental vehicles were conducted to verify the validity of the new technology. Results showed that it was possible to achieve practical speeds for passing through pedestrians and driving within the standard comfortable speeds for acceleration (2.2 m/s2 or less) and for change of acceleration (2.0 m/s3 or less).

Going forward, the Hitachi Group will conduct further tests using experimental vehicles in different driving environments, including Mcity opened at the University of Michigan in July 2015 as a controlled environment for conducing tests on autonomous vehicles and connected cars. 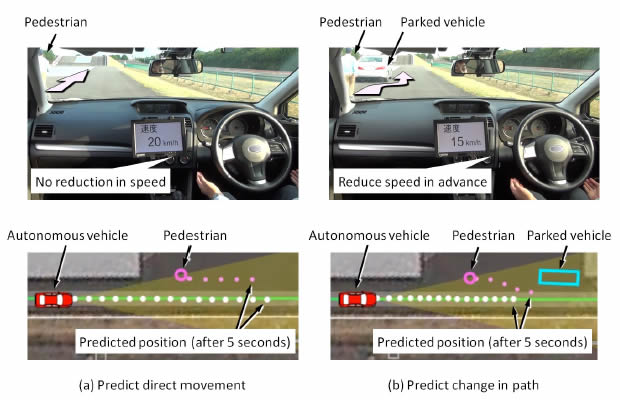