Hitachi, Ltd. has developed system control technology for simultaneously ensuring human safety and improving work efficiency in a work environment having a mixture of people and autonomously operating machines (autonomous machines) such as a warehouse or factory (Fig. 1). Based on the concept of “symbiotic safety,” this technology aims to contribute to a revolution in the distribution, production, and transportion industries. 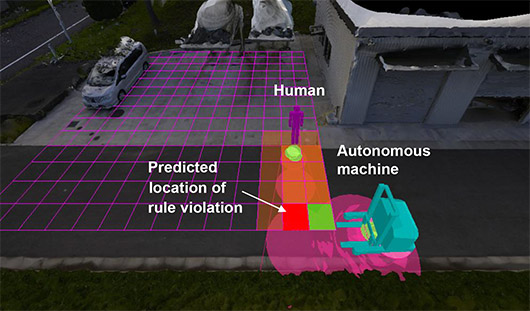 Fig. 1 Prediction of collision or other danger by detecting movement of people and autonomous machines by sensors

The effectiveness of this technology was tested targeting work areas having a mixture of people and autonomous machines. Test results showed that setting safety rules according to the work area based on the symbiotic safety concept and judging and controlling the safety of human and autonomous-machine behavior could prevent collisions. They also showed that autonomous machines could be quickly stopped even when people behaved in violation of those rules. Additionally, in passageways with obstructed views, it was shown by simulations that this technology could improve work efficiency by approximately 30% compared with the conventional method that reduces the speed of autonomous machines to prevents collisions and ensure safety.

The evaluation technology based on the above simulations is the result of joint research with Fraunhofer Institute for Cognitive Systems IKS.

1. Disparate-system cooperation technology based on the concept of symbiotic safety

The following two technologies are used in the CPS described above (Fig. 2). The first technology evaluates safety and work efficiency when applying rules to a work area using simulation techniques that enable system safety to be tested. Using this technology, the symbiotic-safety server controls the observance of formulated rules by allocating the range of allowable movement (exclusive area) to an autonomous machine using information on its presence and the whereabouts of people and predictions of their future positions. Here, the symbiotic-safety server uses a grid format to manage the exclusive areas for people and the autonomous machine within the work area. It dynamically updates these exclusive areas based on information obtained from sensors and controls the autonomous machine so as not to venture outside its exclusive area.

The second technology provides a remote-safety mechanism for quickly issuing a stop command to the autonomous machine if it it should venture outside its exclusive area due to a machine or system malfunction or when its predicted that a person is about to penetrate the grid area that the autonomous machine moves in (Fig. 1).