We developed a subsurface modeling technique that works with poor-condition data through a collaborative research with Universiti Teknologi PETRONAS (UTP). Our technique contributes to accurate seismic imaging for oil and gas exploration.

Today, fossil fuels are still a main source of energy for society. To ensure a stable supply while minimizing related costs such as exploration and environmental costs, technologies such as seismic imaging technology that visualizes subsurface structure and leads to an accurate estimation of oil and gas reserves are essential in oil and gas exploration. This not only contributes to reducing drilling costs but also minimizes environmental cost caused by the drillings. With the recent rapid improvement of computer performance, a modeling technique named full waveform inversion (FWI) that can build high-resolution velocity model of the subsurface has started to become practical [1][2]. Since the high-resolution velocity model is essential for highly accurate seismic imaging, recently FWI has also become increasingly important.
To build an accurate velocity model by using a typical FWI, the availability of low-frequency components of seismic signal is the key to success [3]. However, the low-frequency components are not available in many cases because of the poor signal-to-noise ratio of recorded seismic data especially at low frequencies. Therefore, we started tackling this problem through the collaborative research with UTP.

Approach to the challenge

Figure 1:Overview of the developed technique. 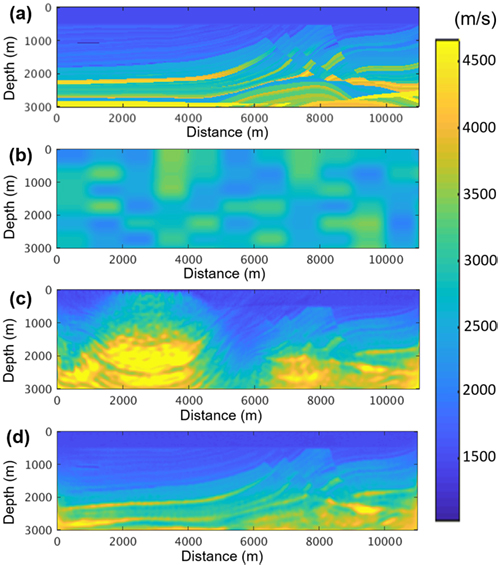 Through the collaborative research with UTP, we developed an FWI technique that works under the condition that low-frequency components are not available. Our research work contributes to improve the accuracy of seismic imaging and this may lead to raising not only the economic value but also the environmental value in our society by reducing the number of drillings in oil and gas exploration.

For more details, we encourage you to read our paper, “Full Waveform Inversion based on Genetic Local Search Algorithm with Hybrid-Grid Scheme”.