For workers engaged in metal processing for social infrastructure and other products, vibration from the processing work has been a source of trouble. If abnormal vibration is generated when cutting metals with tools, processing accuracy may be lowered and make the processing more time-consuming.

To address this issue, Hitachi has developed a "chatter vibration suppression technology," which suppresses vibrations in metal cutting by attaching a vibration-absorbing device to the cutting tool or the workpiece for cutting. Researchers devoted to the area of metal cutting through their careers are further conducting research on this technology, aiming to enhance productivity on the manufacturing site. 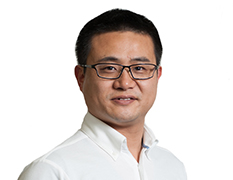 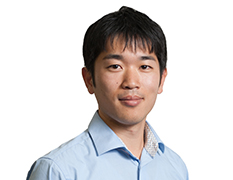 Could you explain what "chatter vibration" is?

UTSUMIChatter vibration refers to the abnormal vibration that is generated when cutting metals. I wonder if you can imagine cutting metals, but metals are used to cut metals. Any metal product manufactured by Hitachi is subject to cutting, be it a component for elevators, Shinkansen train cars and power plants, a compressor for refrigerators, a turbine, a pump or whatever.

NISHIKAWAWhen cutting metal materials, load is applied each time the cutting tool touches the metal, and this causes vibration. As certain frequencies tend to prompt vibration, the vibrations will be increasingly amplified if it vibrates at such frequencies. That generates what are called "chatter vibrations."

Once this chatter vibration occurs, it roughens the metal's machined surface considerably. You want to nicely flatten the surface, but chatter vibration results in waves on surfaces, reducing the processing accuracy. Thus, what matters in conducting cutting work is how to suppress abnormal vibrations during processing.

UTSUMIVibration generated in processing is not always abnormal vibration. Because metals come into contact with each other, vibrations are more or less usually generated. When processing is under way normally, we hear sounds that suggest that cutting is being performed smoothly. If chatter vibration occurs, however, the sounds become very loud. So chatter vibration means an abnormal divergence of vibration, not usual vibration.

What mechanism do you employ to suppress vibration? 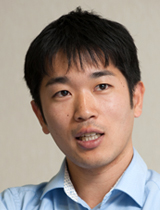 NISHIKAWATo suppress vibration, we attach components called "dampers" to the workpiece or the cutting tool. You can think of a damper as a device that absorbs vibration. A damper comprises a mass and a spring, and absorbs vibration by moving in the opposite direction against the metal vibrations of a workpiece. For example, in the case in which dampers are attached to the metal of the workpiece, if the metal moves backward, the dampers move forward. Then, the metal is pulled forward to stop its own vibration. As such, the dampers "take over" the vibration.

UTSUMIBecause vibration is taken over by the dampers, it is easier to process the workpiece. Controlling the weight of the mass and the strength of the spring in the damper is the know-how in our research.

Could you cite some examples of suppressing vibration by using dampers?

NISHIKAWATo start, let me give you an example of attaching dampers to the metal of a workpiece to suppress vibration. It is a case of processing a component known as an "impeller," which has blades and rotates to draw water. When the blade surface of an impeller is shaped by cutting tools, chatter vibration is generated because the impeller plate is thin and moves easily.

Conventionally, the workpiece was fixed with jigs from behind to suppress vibration. However, for "jigs that support from behind," you need to have a variety of shapes and sizes, and must rearrange or newly set the jigs to tailor each product to be processed. This is very time- and labor-consuming, and we wanted to improve upon this. So we adopted the method of attaching the dampers to the impeller blades.

Figure 1: Difference between conventional method and the new method for processing 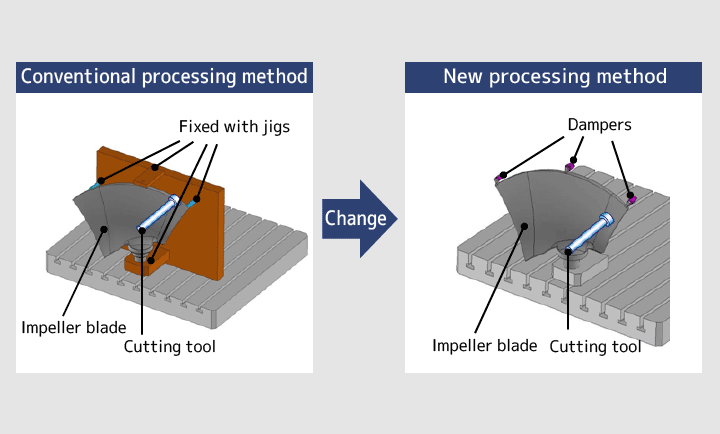 UTSUMIAt the manufacturing site, it has been generally accepted that workpieces must be held firmly by using jigs to suppress vibration. That's why some were not fully convinced initially to hear that such small dampers would work effectively. However, when the dampers were actually attached and processing was started, the workpieces were cut unexpectedly smoothly. This surprised people on the frontline. The fact that "vibrations stopped, without knowing why, when masses (dampers) were attached" appears to have had a significant impact. Suppressing vibration with dampers was a concept quite new to them.

Is it technologically uncommon to suppress vibration by using such dampers? 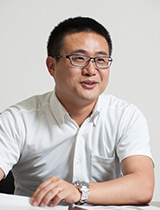 UTSUMIDampers themselves are commonly available, but we at Hitachi are unique as we have made a lot of research in using dampers specifically to suppress vibration in metal processing. We had no earlier model or know-how as to what structure to employ for the dampers and what principle to use to suppress vibration. So we made simple dampers for testing and went through trials and errors. We attempted about 20 types of dampers that have variations in terms of material weight, hole position and rubber material and other factors.

In addition, we investigated damper structure by fully taking into account operability on the manufacturing site. This is because the dampers are to be used by actual workers, and it is pointless if we produce them based on an armchair theory and provide something that is not easy to use. So we elaborated that the dampers can be easily attached to the cutting tool and workpiece metals, as they are fastened tightly.

Performing development through trials and errors against all impediments

Are there any other methods to suppress vibration?

NISHIKAWAOther than the case of the impeller, there was a case in which vibration was suppressed by attaching dampers to the cutting tools instead of suppressing vibration on the workpiece side. We received a request from the people in manufacturing that they wanted to suppress large vibration on the cutting tool side to improve efficiency. The cutting tool in question was called a "side milling cutter." It is a disc-shaped device with blades, and is used to cut grooves of large rotor components used for power generators. The side milling cutter is very large with a diameter of more than a meter, and so its tip vibrates a lot. If one wonders why such a large cutter is used, as the growing number of emerging countries work to increase capacities for power generation, rotors are becoming larger. Because rotor grooves are getting deeper, the side milling cutters to process them are becoming larger.

We also applied the dampers to suppress vibration of the side cutter. Characteristically for this method, we buried multiple dampers to each of the side milling cutter teeth. 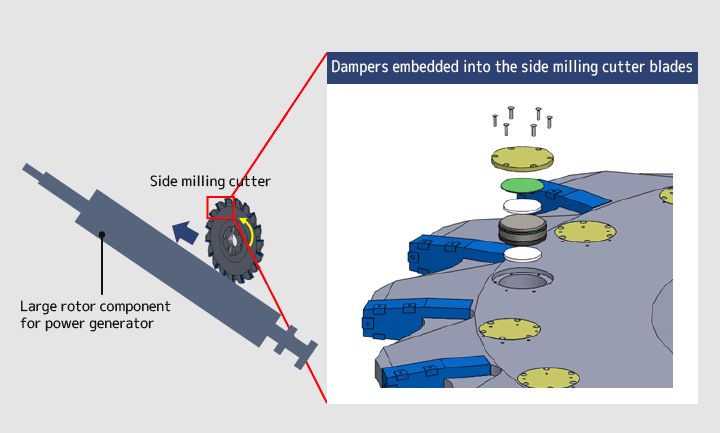 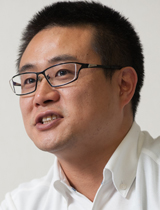 UTSUMIMaybe it is an uncommon method to embed dampers in the cutting tool side. Because vibration occurs at the edge of the blades, the dampers must be attached near the vibrating area. Otherwise, they will not be very effective. Therefore we decided to employ the method to embed the dampers at the edge of the cutting tool blades. Normally, a single damper is attached at a location to suppress vibration. However, because the side milling cutter in question had a shape in which many areas vibrate, we embedded multiple dampers at 18 locations in total to suppress vibration.

NISHIKAWAThe method of embedding the dampers also caused us trouble. Because the side milling cutter shapes the grooves of the rotor component increasingly inwardly, the dampers cannot be set to stick out from the side milling cutter teeth. Therefore the dampers must be firmly embedded inside, and we had to find and adjust the appropriate damper structure for that purpose. That was difficult for us to do. The larger and the heavier the dampers are the more effective they become. However, if we try to attach large dampers, we cannot embed them in the tool. So we had to select material that made the dampers heavier.

We had other issues to tackle. The side milling cutter rotates fairly fast at several hundred times per minute. The fast speed gives a centrifugal force to the dampers, and we worked to design them so that they can withstand that force. In addition, because cutting metals generates heat, we also had to consider heat resistance of the dampers. We tried to overcome these impediments one by one.

What reactions have you received from people at the manufacturing site?

NISHIKAWAReactions from the front line were fairly favorable. We heard voices saying that "vibration was suppressed so much by simply embedding a lot of small dampers" and "we usually had a thunderous noise due to vibration, but vibration stopped immediately after using the dampers." Moreover, the processing speed improved nearly twofold.

UTSUMIIf we simply want to suppress vibration, it is enough to lower the processing speed. But that is not optimal, because it lengthens the product lead time and increases processing costs.

NISHIKAWAUsually, when the processing speed is increased, the side milling cutter teeth move violently and are chipped. When the dampers were embedded, however, processing was done perfectly ever at a processing speed twice as high. With such results, the technology has been very warmly accepted by people in manufacturing.

In the future, allowing machines to solve processing-related problems by themselves

How do you see the metal processing field evolving? 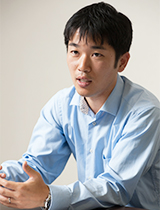 NISHIKAWARecently, metal processing is discussed especially in relation with IoT and Industrie 4.0. Looking ahead, developments will be made in technologies at plants to allow production lines to monitor each other and connect machine tools through networks for monitoring. In relation with IoT, we will see a proliferation of technologies that continually monitor vibration in processing and, when abnormal vibration occurs, automatically control the dampers to suppress such vibration. Therefore, it will not be just a matter of progress in suppressing vibration in processing. Rather, the trend would be toward enhancing the overall efficiency of plants by using monitoring and sensing technologies.

UTSUMITo date, certain portions have been done in an old-fashioned manner, such as depending on the skills of front line workers and conducting monitoring by human eyes. Going forward, however, we need to create systems and devices that manage information and, when chatter vibration is generated, automatically address it. Dampers would proactively work by themselves, instead of being passively functioning as they are today. These matters will be the key issue in the future.

What are your own goals for the future?

NISHIKAWALooking ahead, we will be in an era when plants will be increasingly connected through the development of IoT. In that, we will be connected with others in more opportunities not only in Japan but also in other countries. So I want to be a researcher who can be active on a global scale and think about various matters from a broad perspective.

UTSUMISince I joined the company, I had hoped to be an engineer who would be called up when any trouble related to processing occurred. Recently, many people around me have come in such occasions, and I feel I am now trusted as an engineer, both in terms of technology and human relations. Going forward, I wish to further cultivate such connections and enhance my skills.