Editorial Coordinator, “Artificial Intelligence as a Hope: AI for Taking on the Challenges of an Unpredictable Era” Issue

Editorial Coordinator, “Artificial Intelligence as a Hope: AI for Taking on the Challenges of an Unpredictable Era” Issue

The term artificial intelligence (AI) has started to become commonplace in Japanese print media and TV. However, since many people are still largely unfamiliar with what the term actually means, my office receives questions about AI and requests for presentations about it on a daily basis.

AI has certainly been covered in a large number of books and other media, however only certain aspects of it tend to be presented. As the term AI is currently trending, some of the coverage has started to exploit the trend by interpreting it in a broad sense, giving people the wrong impression.

Another problem is that the latest developments in AI are taking place at centers of corporate activity, so they are restricted by corporate confidentiality, making mass media exposure difficult. At the same time, only the technologies that can be shown to the general public, such as web-based image recognition, are being covered as examples of AI, creating a poor balance of coverage.

This feature issue attempts to go beyond the current coverage to present a total picture of the many different aspects of AI. The first half contains several views of AI presented by National Institute of Informatics professor, Noriko Arai, and Yahoo Japan Corporation Chief Strategy Officer, Kazuto Ataka. The second half looks at the breadth of AI applications and depth of the technology involved, along with the innovations that are making them possible using the same general-purpose AI. There is information on AI applications and technology that have expanded into industries such as finance, railway, distribution, water and manufacturing.

Many readers will doubtlessly view a collection of corporate articles like this one as a form of corporate PR. However, while this issue uses Hitachi examples to describe AI, it is designed as a special feature that will satisfy the interests of many readers who are eager to learn about the current state of AI. We have aimed to make this issue something that busy business people will be willing to pay to read. Whether we have succeeded in this aim will be up to our readers to determine.

This April, Hitachi strengthened its front-office organization, making a fresh start with a new organization for creating innovations in collaboration with customers. We are showcasing AI as the core technology for this new approach.

Japan is now at the turning point of a shift from a manufacturing-based economy to an economy based more on value generated from services. However, there is a need to survive this age of innovation as the effects of never-ending global economic changes and conflicts extend to each and every one of us. I think that AI provides hope for survival in this unpredictable age. I hope this issue will help readers take advantage of this new ray of hope. 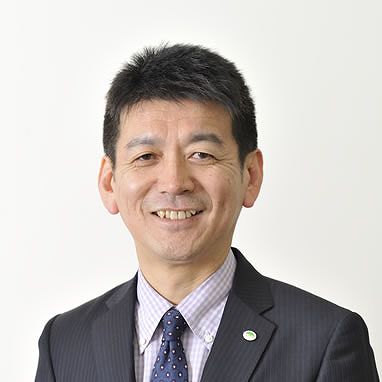