Public and Social Infrastructure for Safe and Pleasant Cities

As the shortage of workers due to the aging population and falling birthrate becomes an urgent social challenge, there is an increasing trend toward using drones to provide backup and support for human operations. This article presents examples of how Hitachi is using drones, while describing its work in collaboration with industry, academia, and government. 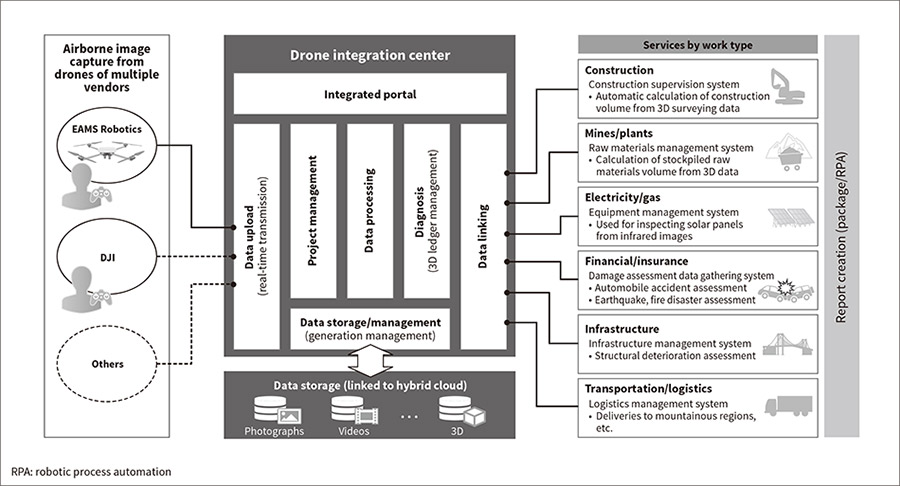 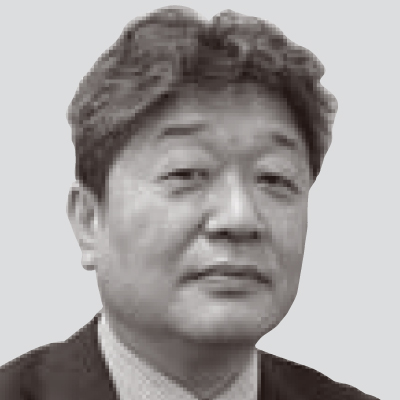 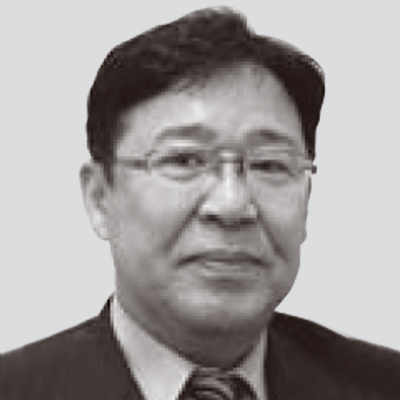 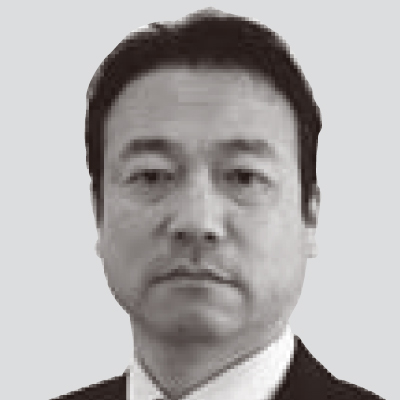 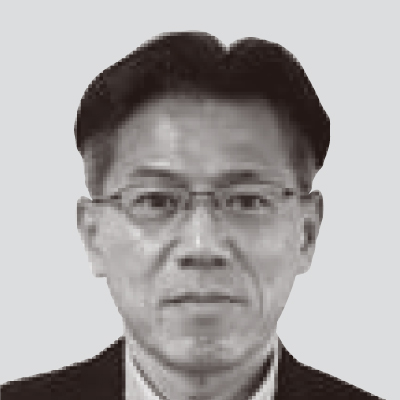 Hitachi Appliances, Inc. Current work and research: Corporate planning, after being in charge of alliances with prospective partners and global business development in the drone market. 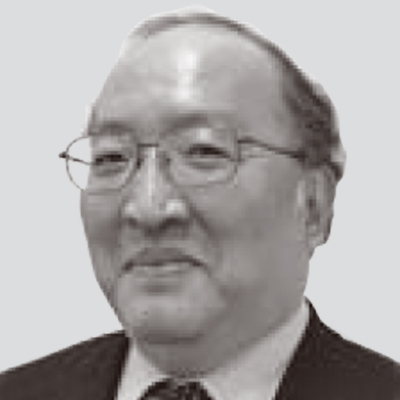 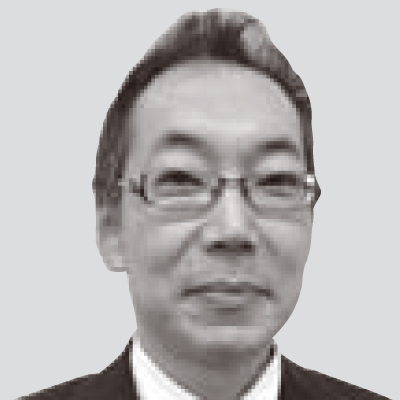 In developed countries where urbanization has advanced, urban development is facing increased social challenges such as infrastructure deterioration and shortages of workers due to aging populations and falling birthrates. While the utilization of small unmanned aerial vehicles (“drones”) is expected to provide effective means of overcoming these challenges; and industry, academia, and government are developing technologies for social implementations of drones; legislation is also being introduced at a rapid pace. This is one of the efforts that are underway towards realizing the “super smart society,” a goal of the Japanese government’s vision of “Society 5.0.”

Given this background, the IoT Business Promotion Division at Hitachi, Ltd. launched a “drone business project” in April 2017, and started developing ideas for businesses that utilize drones. The drone-based solutions developed by the Hitachi Group were consolidated to construct the Hitachi drone platform (see Figure 1).

In parallel with this, Hitachi, Ltd. has been responsible for the secretarial operations of the Japan Unmanned System Traffic and Radio Management Consortium (JUTM) in order to gain a deeper understanding of the social implementation and requirements of drones. The consortium was founded by the Foundation for the Promotion of Engineering Research, an executive organization that supports the implementation of various policies and promotes commercialization.

The group of drone-based solutions developed by the Hitachi Group were consolidated to construct a single platform. This is contributing to creating new value across customers’ entire operations and value chains and helping to overcome the challenges faced by urban development.

As reported in recent years by the Japanese media, infrastructure such as the bridges and tunnels constructed in the post-war boom is rapidly deteriorating.

The fields of civil engineering and construction in Japan have also suffered labor shortages due to high demand from reconstruction work following the Great East Japan Earthquake and stadium construction for the international sports events due to be held in 2020.

In the field of agriculture, there is demand for improving efficiency through further automation of work using machinery and the development of information and communication technology (ICT).

In the logistics business in Japan, labor shortages in truck transportation are becoming more severe. In particular, there is a need to reconstruct logistics networks between the remote islands of Japan and to deliver the required goods to consumers in the countryside, who have limited access to shopping facilities.

As can be seen, the shortage of workers is a major challenge in many fields of urban development, and making work more efficient through the utilization of drones is expected to be a means of overcoming this challenge. The Hitachi drone platform is being developed for a wide range of fields, with the goal of not simply replacing human operations with drones, but of creating new value across customers’ entire operations and value chains.

In September 2016, Hitachi Systems, Ltd. started providing “drone integration center” services that utilize drone flight and image capturing, processing and analysis of captured images, and the public cloud. One-stop service covers everything from drone preparation and operation to data management, and can be provided for customers with no previous knowledge of drones. (see Figure 2).

For example, drones are starting to be used for infrastructure inspection work in high locations, which was previously performed by humans. In such cases, it is very important to create a detailed plan in advance to find out whether using drones will be more effective for the inspection work. Specifically, the current inspection manual needs to be modified for drones, and the models and cameras of drones need to be selected in accordance with the inspection targets, such as cracks and rust. In order to identify cracks with the target size, an in-depth plan needs to be created to provide information such as the number of images to be captured, the drone-to-subject distance, the megapixels of the camera, and so on.

In addition, a “3D ledger management system” can be used as an easy way to identify the locations where images were captured and a “real-time transmission system” can be used to enable the captured images to be viewed in real time from a different location. Furthermore, “3D ledger management” can also be used to generate inspection reports automatically, which is more efficient than the conventional manual work.

As the next step, Hitachi will aim to utilize artificial intelligence (AI) and deep learning to automatically identify cracks and rust, and then provide solutions that can predict the deterioration of infrastructure.

This service provides one-stop service from the selection of drones suitable for each customer type and safe operation, to the collection, processing, and management of data. It also supports the automation of report creation, and in the future, the prediction of infrastructure deterioration.

In the field of civil engineering surveying, the Ministry of Land, Infrastructure, Transport and Tourism of Japan (MLIT) is currently promoting “i-Construction*1,” a project for making construction sites more efficient by utilizing ICT. Specifically, since April 2016, construction projects with a budget of 300 million yen or more have been required to create 3D models to show the terrain of the construction site by using drones. The MLIT plan recommends integrated management of all construction processes using 3D data. However, creating a 3D representation of surveying results requires a large number of aerial photographs to be combined and analyzed. Therefore, since the length of one drone flight is approximately 30 minutes, a route plan must be created to ensure efficient operation.

Hitachi Systems’ “drone integration management service” performs high-speed 3D data processing on the cloud, and can also transfer large volumes of data to the cloud at a high speed by using “multiplex transfer.” These techniques will enable efficient 3D data creation from the images captured on one drone flight in the future.

In addition, Hitachi Solutions, Ltd. provides a “stockpile measurement and management system.” This system can process images captured from sand or mineral excavation sites by drone to create 3D models for efficient calculation of raw material volumes. In the same way, Hitachi is also developing solutions for measuring the amount of earth or sand excavated by construction machinery during the construction work.

*1
i-Construction is a registered trademark of the National Institute for Land and Infrastructure Management, Ministry of Land, Infrastructure, Transport and Tourism in Japan.

Hitachi Solutions is developing solutions utilizing drones based on the “Hitachi Solutions Geospatial IoT Platform.” There are particularly high expectations for use in the agricultural field, where information from various sensors is linked with spatial information to monitor the growth of crops (see Figure 3).

For example, by using the “field and soil management system,” a wide range of information can be associated with maps and managed for accurately and rapidly assessing data such as the cropping system, yield, etc. of each farmer. This enables farmers to create a concrete agricultural plan based on the current situation. The “cloud-based cultivation management service” enables farmers to use the Internet to directly register, browse, or search the production history, print ledger sheets, simulate the use of agricultural chemicals, and view agricultural chemical information. This supports farmers’ efforts to produce safe and reliable food based on the proper instruction standards for agricultural chemicals. This growth management is covered by the field of operational technology (OT), while information such as field maps, production history, and weather data is covered by the field of IT. These are implemented as one of the solutions of Hitachi’s Internet of Things (IoT) platform, Lumada. 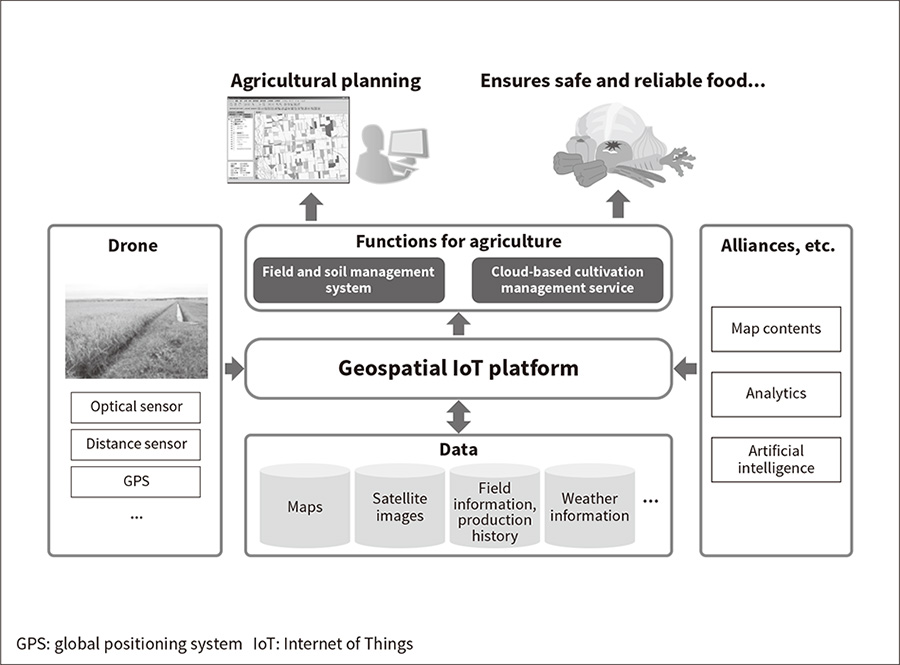 The Hitachi Solutions Geospatial IoT Platform supports agricultural planning and ensures safe and reliable food by collecting and analyzing data such as field information and weather information, and the crop growth information obtained from sensors carried on drones.

On two occasions, in March and October 2017, the JUTM organized a large-scale field demonstration at the Fukushima Hamadori Robot Test Site in Fukushima Prefecture. In this demonstration, multiple operators tested the simultaneous, safe operation of multiple drones under the control of the unmanned aircraft system (UAS) traffic management (UTM) system, for purposes such as logistics, surveying, and disaster response.

The October demonstration was particularly notable for the world’s first successful case of “drone-based shared deliveries including urban areas.” Specifically, after multiple logistics operators consolidated their packages in the town of Namie, the packages were transported to a facility at a distance of approximately 16 km using a small unmanned helicopter capable of carrying heavy loads. Then, at Minamisoma, each operator again used drones to deliver the packages to their customers.

In terms of disaster response, a successful demonstration was performed supporting the transportation of emergency supplies and the search for survivors under the command of Minamisoma’s disaster response headquarters. Such operations are usually performed individually by each operator. 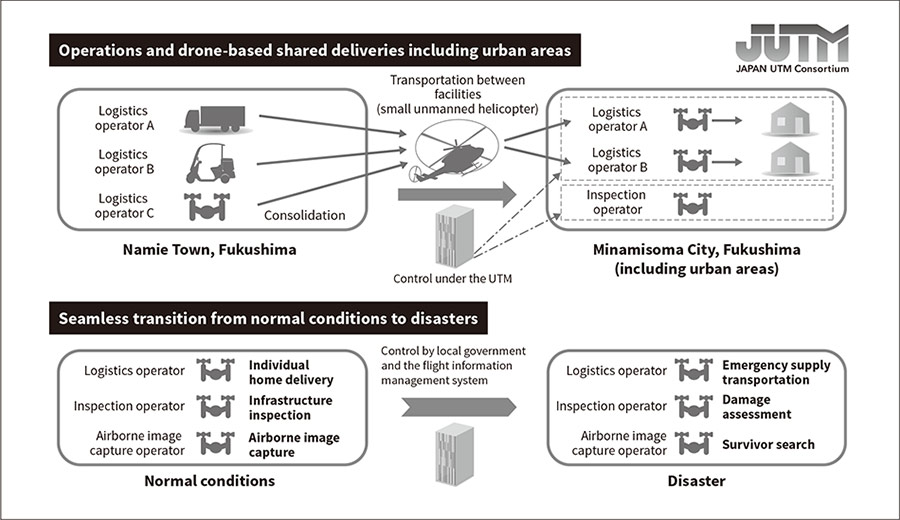 The integrated functions of the flight management system achieve “drone-based shared deliveries in urban and other areas” and “seamless transition from normal conditions to disasters.”

Most current use cases in the drone business consist of individual operators performing flights on their own within a limited area. However, in the future it is expected that many drones will be flying at the same time. To ensure safe operation, a flight management system will be required to prevent radio wave interference and collisions between multiple drones, and between drones and manned aircraft. Particularly for operators who require flights over long distances, such as logistics operators that use drones, the construction of a UTM will likely be essential to enable flight operations beyond the visual line of sight (see Figure 5).

The JUTM was established in July 2016 as a forum for discussing drone flight management. The leading expert in this field, Professor Shinji Suzuki of the Department of Aeronautics and Astronautics at the University of Tokyo, was appointed as director. The consortium consists of over 150 members (as of September 1, 2017). Various related organizations and companies from industry, academia, and government have joined the JUTM. In addition to the field demonstration previously described, the JUTM also conducts studies through working groups and other forums. In terms of international activities, Hitachi, Ltd. organizes a JUTM international standardization working group that actively works on drone standardization activities under the International Organization for Standardization (ISO).

In addition, Hitachi, Ltd. was selected to be responsible for the “research and development of UTM” in the NEDO demonstration project for realizing an energy-efficient society by utilizing robots and drones. This initiative was launched in 2017 under the jurisdiction of the Ministry of Economy, Trade and Industry (METI). Hitachi is performing research and development for flight management systems jointly with other research companies under a three-year plan*2. Thanks to these NEDO activities, progress is being made toward safe and reliable drone utilization.

*2
These results are from ongoing research and development as work commissioned by the New Energy and Industrial Technology Development Organization (NEDO). Overcoming these challenges in urban development is a key component of achieving the vision of Society 5.0, and the various solutions of the Hitachi drone platform are making important contributions. At the same time, Hitachi is promoting the social implementation of drones in collaboration with industry, academia, and government via the activities of the JUTM.

In the future, companies both inside and outside Japan will continue to collaborate proactively based on an “open approach” that creates new value and with the goal of creating a “total innovation ecosystem” that goes beyond the boundaries of individual companies.