Perspectives on the Technologies of the Society 5.0 Era

Perspectives on the Technologies of the Society 5.0 Era 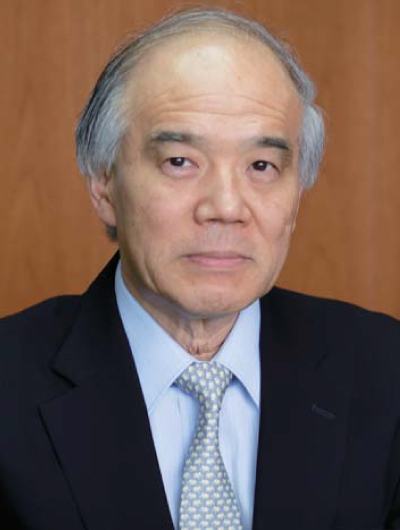 Telework is one of my research topics. The word did not yet exist back when I first started, the term “telecommuting” was used instead. Since then, the simpler expression, “telework,” has become the accepted term. It means working in a flexible manner regarding time or place, making use of information and communication technology (ICT).

My interest lay in the idea that, if telework (including working from home) were to make commuting progressively less necessary, or at least remove the need to commute to work every day, it would have the potential to weaken the relationship between workplace and home. Telework would increase the degree of freedom in choosing the locations of corporate offices and of people’s homes. It would also bring changes in the structure of cities, in which residential areas have spread out around people’s places of work, and in which commuting routes have become important transportation arteries.

A quarter of a century has passed since I started my telework research and the concept of telework has spread to the extent that it has become a well-used term in nationwide newspapers and elsewhere. Nevertheless, as much as the reality of long commutes, rush-hour travel, and the disparaging words used to describe them have been ameliorated somewhat, they can hardly be described as things of the past. Moreover, as I have investigated the realities of telework, it has become evident to me that telework has also given rise to long work hours and working late into the night. Accordingly, there came a time when it was no longer enough to look at telework simply in terms of the structure of cities, the use of ICT, and the rational working practices at companies. It also became important to consider the issue in terms of healthy working practices. By healthy working practices, I mean the question of whether telework improves the working conditions for the people who engage in it. This has called into question the benefits of telework. For example, when telework makes it possible to work from home, is the commuting time this frees up put to effective use by the worker? Is it being used effectively to combine different types of work, such as caring for children or the elderly? However many people engage in the telework made possible by ICT, it cannot be described as a progressive working practice if it results in people working late at night or if it leads to excessive management of working times by employers.

I believe that this experience of researching telework provides an important perspective on the introduction of various new technologies into urban infrastructure and activity. Under Society 5.0, times and places that were separate in the past will be connected via the Internet in ways that transcend time, distance, and individuals. While this will be a convenient world to live in, practices like this have the potential to be used not only for managing people, but also for guiding behavior and manipulating people’s feelings and awareness. Even putting aside the question of malicious intent, Internet society has the potential to significantly amplify the influence of people in a dominant position. If people and things are connected by the Internet, and if location and other similar information is likewise connected in ways that people are unaware of, then before we know it, it will result in giving various advantages to the people who are in a position to control that information. Of course, societal benefits such as making autonomous driving more likely to function safely and drastically reducing the number of traffic accidents will follow if all information is treated as environmental information. Concepts like the Internet of Things (IoT) and big data gain acceptance in the hope that these benefits will accrue. Nevertheless, there should be a shared awareness in society that the door is also open to ways of using these technologies that are not necessarily beneficial.

Accordingly, we need to give due consideration to the social impacts when adopting new technologies, especially the technologies of big data and the IoT, which involve unspecified large numbers of people whether they like it or not. The problem, however, is the difficulty of gaining a comprehensive understanding of how the various technologies might be used, beforehand. Back when the Internet first appeared on the scene, nobody was ringing alarm bells warning of how prevalent things like viruses and hacking would become. Following this line of thought, it is vital that consideration is given beforehand, including stress tests that consider the level of cost imposed on society in the event of unexpected outcomes from new technologies when used maliciously, and ways of preventing these outcomes. What is needed to achieve this is not only to keep an expectant eye out for advances and applications of technologies, but also to relentlessly foster experts who are able to adopt a broader perspective and look ahead to the potential shortcomings in technologies or to their misuse, and to more firmly orient ourselves in a way that puts technologies to effective use. Given that we are approaching a time when technologies capable of transforming our daily lives, such as artificial intelligence (AI) and autonomous driving, will enter widespread use, we should not neglect research and development that is intended to spread the wisdom to use these technologies.