From Bits to Quantum Bits

Creating Disruptive Technologies for the Next Generation

From Bits to Quantum Bits

Quantum computing is poised to be a driver of innovation in the next decade. Its information processing capabilities will radically accelerate drug discovery, improve online security, and may even boost artificial intelligence. Building a quantum computer promises to have a major positive impact on society. However, building the hardware that will enable that paradigm change is one of the greatest technological challenges facing humanity. At the Hitachi Cambridge Laboratory, the Quantum Information Team is tackling this challenge using complementary metal-oxide semiconductor technology, the omnipresent transistor technology used in all conventional information processing devices, such as mobile phones, computers, and cars. By using the spin of single electrons trapped in these transistors at very low temperatures, the Quantum Information Team aims to deliver a scalable solution while also reducing the cost of development. This article describes the split-gate transistor that serves as the building block of the technology, and also the scaling strategy for implementing a general-purpose quantum processor. 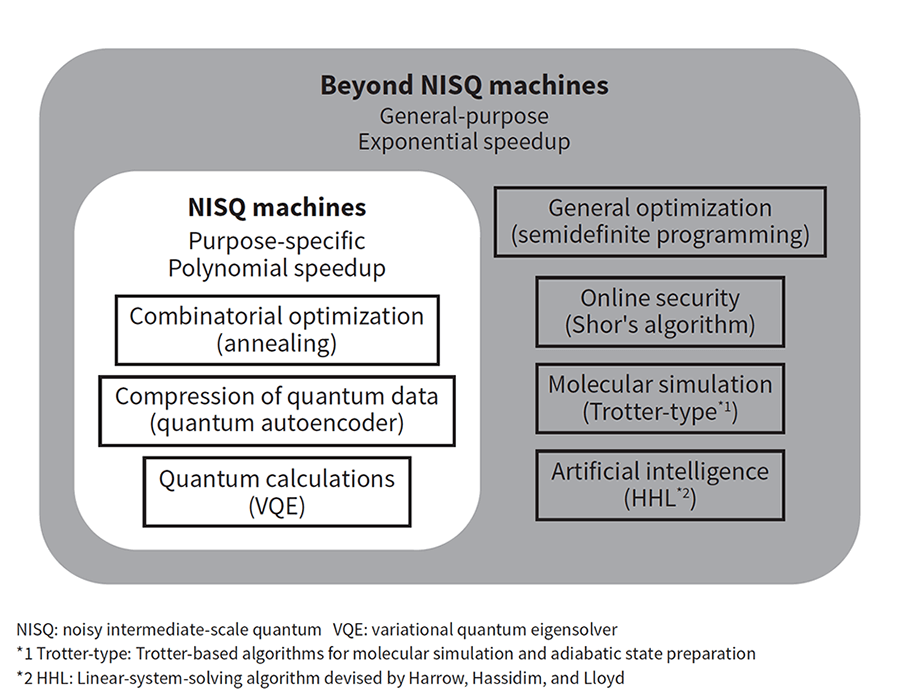 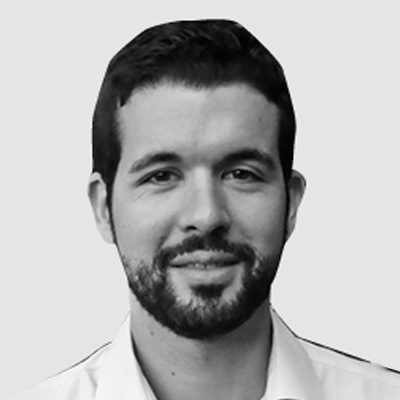 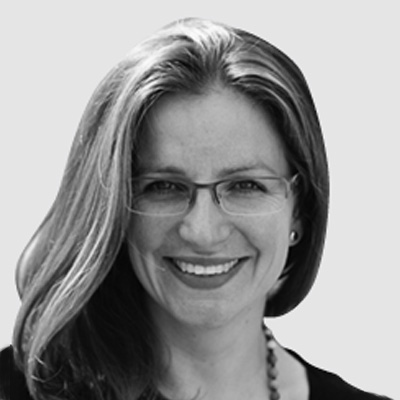 Research into new chemicals, medicines, and materials is driven by the need to solve some of the major societal problems facing humanity. Efficient food production, cancer treatment, and the reduction of global energy consumption could all benefit from the development of new tailored solutions. Conventional approaches to those challenges involve a first step of screening suitable candidates via computer simulation. However, current simulation methods based on Von-Neumann computing struggle to determine the state of these systems as they become more and more complex, ultimately because of their quantum nature.

General-purpose quantum computers are a smart solution that can accelerate the pace of discovery. They provide a general-purpose tool for artificially reproducing a quantum system of interest with another quantum system that can be programmed at will by making use of phenomena such as superposition and entanglement that only occur in the quantum world. Quantum computers use a new type of information unit – the quantum bit (qubit) – which can be in a superposition of binary states: it can be 0 and 1 simultaneously. Moreover, a logic operation on a single qubit within an entangled ensemble of qubits will affect the total system. This capability allows for the construction of an exponentially large computing space with only a linear amount of resources, making it exponentially more powerful than conventional computing for a specific set of tasks. Beyond the field of materials simulation, a working general-purpose quantum computer will provide advances in online security (through cryptography), help with the analysis of big data (by enabling fast unsorted database searches), and enable the forecasting of financial market trends (through use of optimization).

Quantum processors already exist. However, current systems are still relatively simple and as such their performance is far from what supercomputers can achieve. The first wave of development, known as noisy intermediate-scale quantum (NISQ) technology, is being led by two key technologies: ion traps and superconductors. Ion traps use single charged atoms trapped in electromagnetic fields as qubits. Superconductors are electrical resonators that can oscillate in two different manners simultaneously. Ion traps are being explored by companies like IonQ, Inc., Alpine Quantum Technologies, GmbH., and Honeywell International Inc., whereas superconductors are being worked on by International Business Machines Corporation (IBM), Google LLC, Alibaba Group Holding Limited, Intel Corporation, and Rigetti & Co, Inc.

Systems using NISQ technology have been successfully demonstrated with up to a few tens of qubits working simultaneously(1). In the near future, these purpose-specific machines should be able to solve some simple problems faster than what conventional computers can do (see Figure 1). A larger number of qubits will be needed, however, to run the quantum algorithms that can make a real impact in society because of their exponentially faster performance. Predictions estimate that 102 to 103 qubits are needed to run a simulation of a simple material, and 106 to 108 qubits for an arbitrarily complex one(2). Scaling up to a large number of qubits is hence the greatest challenge to be overcome if the promise of quantum computing is to be fulfilled. Ion trap and superconducting qubits offer limited prospects for scalability beyond the NISQ era with current qubit densities of just 1 and 100 qubits/cm2 respectively. This translates into machines the size of a whole room or even a football stadium, the construction of which would require a sizable investment in infrastructure comparable to that of a large scientific facility.

The Hitachi Cambridge Laboratory (HCL) is developing a new technology that has the potential to solve the scaling problem, making it a leading hardware candidate for building the first general-purpose quantum computer. HCL is using silicon transistors, the omnipresent device in all microprocessors, to make scalable qubits. By using the same technology that, in conventional computing, has been able to integrate more transistors on a chip than there are people on the surface of earth, the aim is to deliver a cost-effective chip-size solution with an unparalleled qubit density of 108 qubits/cm2, one that could be manufactured in large quantities in silicon foundries. The proposed solution will bring about the Beyond NISQ era and will open up quantum computing to many new companies by transferring the successful fabless business model from the microelectronics industry to the field of quantum nanoelectronics.

This article describes the split-gate transistor qubit that serves as the technology's basic building block, and also major experimental successes by the Quantum Information Team at the HCL that include the development of the most sensitive qubit reader ever made. The article also covers the first-ever integration of conventional and quantum electronics – an essential step in building a Beyond NISQ machine – and explains how the scaling problem will be addressed. 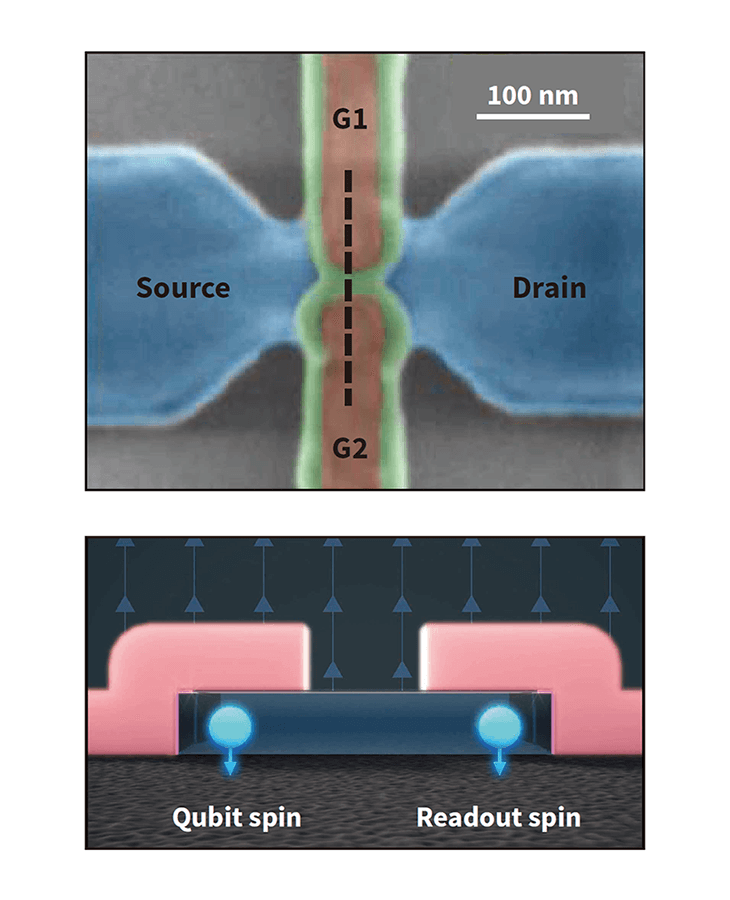 The top image is a scanning electron micrograph of a split-gate transistor that uses false colors to show the metallic source and drain contacts (blue), gate electrodes 1 and 2 (brown), and insulating silicon nitride (green). The dashed line indicates the visual plane of the bottom image. The bottom image is a schematic cross-section of the split-gate transistor. The blue spheres represent the location of the electrons and the arrows the direction of their spin. The qubit spin is on the right and the readout spin is on the left.

The basic building block in this approach to quantum computing is the split-gate transistor. Based on fully-depleted silicon-on-insulator field-effect technology, the transistor is made up of a silicon-etched nanowire with metallic source and drain contacts and an insulating central channel (see Figure 2 top). Two metallic gate electrodes G1 and G2 sit on top of the channel separated by a thin layer of insulating silicon oxide. The structure is identical to that of the transistors ubiquitous in modern electronics except for the gate being split in two at the middle of the channel. HCL has cooled the technology to deep cryogenic temperatures (-273°C) to demonstrate that single electrons can be isolated on-demand at each corner of the rectangular cross-section of the channel by applying appropriate voltages to the gates(3).

Electrons possess a quantum mechanical property that makes them suitable for quantum computing applications: their spin. Electrons “spin” in response to an applied magnetic field, and are described as having spin down (clockwise) or spin up (anticlockwise) depending on the spin direction. These spins provide the qubit states 0 and 1. Since spin is a quantum property, electrons can spin clockwise and anticlockwise at the same time. That is, they can be in a simultaneous superposition of state 0 and 1.

A quantum computing technology requires three basic ingredients: initialization, readout, and manipulation. For initialization, the gate voltages are used to tune the split-gate transistor into a state in which two separate and parallel spin states are present. The left spin is called the qubit and the right spin is the ancilla readout spin (see Figure 2 bottom). The next step is to read the state of the qubit spin. Reading the spin of a single electron directly is an almost impossible task. Instead, HCL has developed a method that translates spin information into more easily detected charge information. The laws of quantum mechanics are such that two parallel spins cannot be present in the same corner of the transistor. That is, only antiparallel spins are permitted.

This basic property of quantum mechanics has been exploited to devise a method for sensitive spin detection that enables spin to be read with world-record precision on a timescale of of approximately 1 µs, two orders of magnitude faster than competing techniques, while still retaining the scalability provided by split-gate technology(4), (5). HCL calls this method “gate-based sensing.” Other groups working in the field are adapting the method to their different technologies(6).

The final step is manipulation of the spin state of the qubit. In other words, writing quantum information. This is achieved by microwave (MW) electrical signals applied directly on the qubit gate. On-demand MW pulses can set the spin to an arbitrary quantum superposition of spin-up and spin-down states. Current research at HCL is focusing on controlling spin dynamics to improve quantum information writing so that subsequent operations can be performed on multiple qubits.

3. Scaling and Integration with Conventional Electronics

The diagram shows how the split-gate design allows for scalability. The dashed line indicates a single split-gate transistor. The source and drain are also shown.

The split-gate transistor approach is modular and can be scaled to a large number of qubits (see Figure 3). By placing more split-gate transistors in series, HCL plans to build arrays of electron spin qubits that could run NISQ algorithms or even sustain quantum coherence (quantum memory) for an indefinite amount of time. This type of structure is known as a logical qubit and will be the basis of the Beyond NISQ era. Furthermore, the array design is modular and can be integrated and coupled with other logical qubits in a two-dimensional grid for large-scale quantum computing. Furthermore, HCL has already started developing the software that will run in the machine and will be used, for example, for molecular simulations.

Finally, another advantage of using silicon transistor technology for quantum computing is that it allows for the integration of quantum and conventional electronics on the same chip. And, this becomes important because quantum computers are good at solving a specific set of problems, whereas other tasks can be run more efficiently using regular electronics, so combining both guarantees a chip with optimal performance for all tasks. HCL is pioneering this field and has been the first to demonstrate the functional integration of digital, analogue, and quantum electronics for the efficient readout of silicon qubits. The results demonstrated on a prototype and the blueprint of a scalable architecture can be found in reference 7.

More information about the scaling strategy is available in the patent(8).