With the advancement of digitalization, the conveniences of life have improved, but at the same time, threats such as information leaks and business disruptions due to spoofing have increased. To deal with these threats, biometric authentication has been drawing attention as a means of authenticating identity for a long time. In particular, Hitachi’s finger vein authentication technology features a high authentication accuracy and has been implemented for many applications, such as for payments at financial institutions and retail stores and for authenticating identity in various businesses. Hitachi has invented PBI that protects biometric data so that these biometric authentication technologies can be used more safely and securely. Also, Hitachi has launched a new contactless authentication solution that supports the ways of working and living in the new normal with PBI as the core technology. In the future, the company will work with a variety of partners to provide products that meet the needs of a wide range of fields, with the aim of further promoting their use. 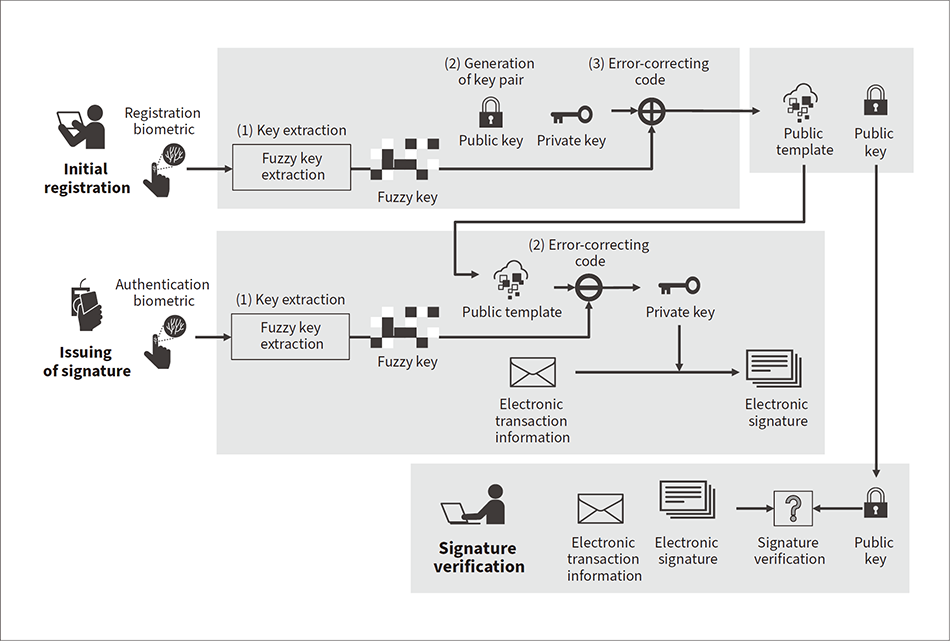 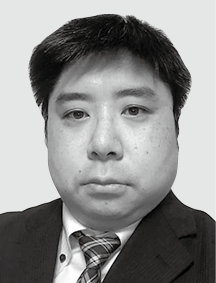 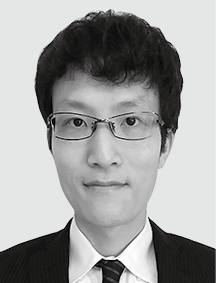 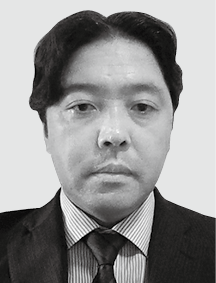 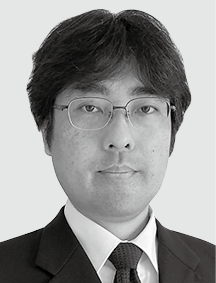 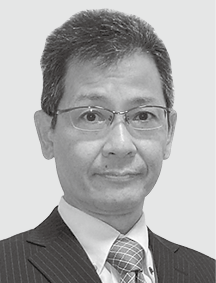 COVID-19, which appeared in 2019, is one factor that has accelerated the widespread adoption of lifestyles supported by digital technologies, such as remote work and cashless payments, which are now called the “new normal.” In this environment, in order to protect organizations and individuals from threats such as information leaks and business disruptions due to identity theft, the identities of people must be authenticated with high accuracy even in remote environments.

This article presents these products, as well as solutions for the new normal using public biometric infrastructure (PBI) technology, and future expected developments.

PBI for Security and Convenience in Biometric Authentication

Biometric authentication methods use fingerprints, faces, veins, irises, and other unique features. Veins, in particular, show less change over time than other biometric data, and have sufficient complexity to provide high authentication accuracy.

Hitachi began basic research on finger vein authentication technology in 1997, and began selling products for entry/exit access control systems in 2002. Since then, the market has been expanding to a wide range of domestic and international fields, including the financial sector and government services(1).

The Act on the Protection of Personal Information of Japan and the General Data Protection Regulation (GDPR)(2) of the EU require vendors and service providers to securely manage biometric data.

In particular, in electronic payment and Internet banking, digital signatures are issued using a private key from the public key infrastructure (PKI), and in order to securely manage the private key and biometric data pair for users, typically, they are stored in a hardware security module (HSM) such as an integrated circuit (IC) card(3). However, this method not only incurs the cost of issuing physical media, but also requires reissuing procedures by mail or other means in case of loss, which imposes financial and time costs on both service providers and users.

In response to the challenges in the previous section, Hitachi proposed the concept of PBI(4) and developed biometric signature technology as an enabling technology. The features of PBI are described in the following sections based on Figure 1.

In the public biometric infrastructure (PBI), it is difficult to recover an authenticated biometric or fuzzy key from a public template because of the unidirectional nature of the error-correcting coding process. Also, during authentication, a fuzzy key extracted from a different biometric than the one used for registration will fail to recover the private key. Due to this property, the private key can only be used by the registered user.

As explained in the previous section, combining Hitachi’s biometric authentication products with PBI enables secure management of biometric data and private keys without the use of HSMs.

The two features of PBI—biometric protection and biometric digital signature—are particularly compatible with the FinTech field and have been adopted at service counters and automated teller machines (ATMs) in financial institutions.

Contactless and Secure Authentication Solutions for the New Normal

With the advent of PBI, the value that biometric authentication can provide and the fields of application have expanded dramatically, including ATMs, bank teller services, and electronic payments in stores. Furthermore, the lifestyle of the new normal that has evolved as a result of the appearance of COVID-19 in 2019 has given rise to a need for contactless and large-scale authentication products that can be used in fields where an unspecified large number of users are expected.

These market trends led Hitachi to develop the Hitachi Contactless Vein Authentication Unit C-1 and the Hitachi Biometric SDK (software development kit) for Windows*1 Front Camera to meet a wide range of needs. This section will provide an explanation of these products.

Figure 2 — Comparison of Existing Products and the C-1 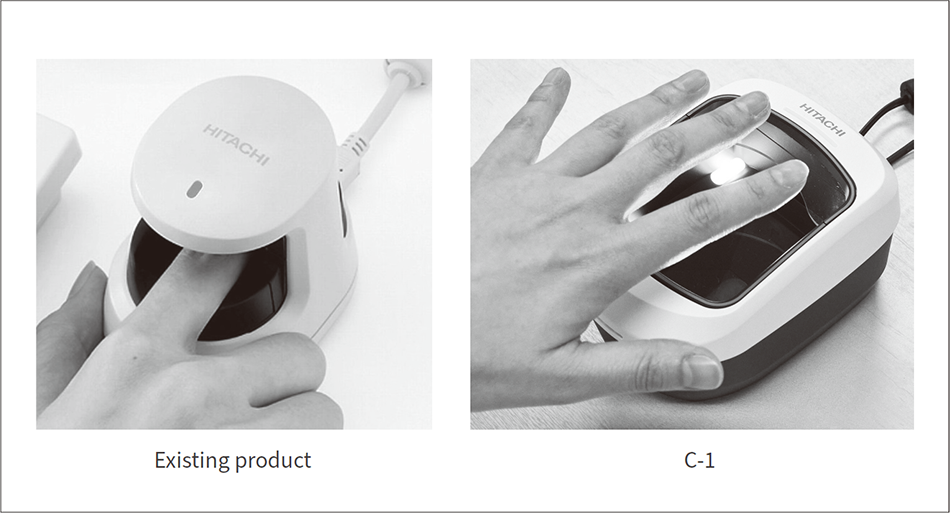 Existing products use a canopied housing and capture vein patterns by transmitted light from light-emitting diodes (LEDs) placed on the top. The C-1 was designed to be used by an unspecified large number of users and supports contactless finger vein authentication by using an open housing without a canopy and a reflective light system that emits LED light from inside. 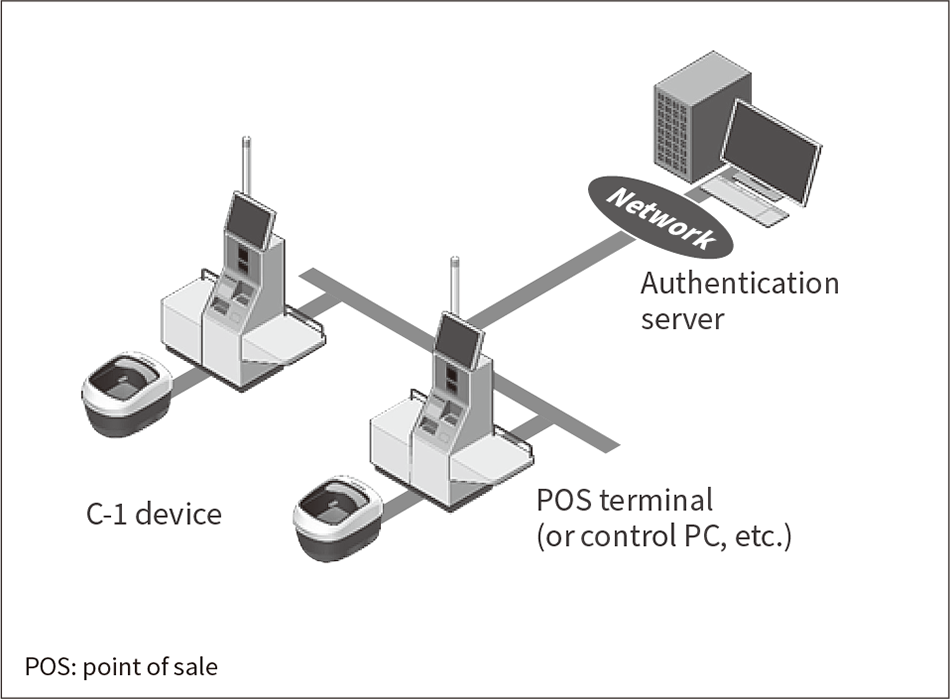 Also, to enable smooth reading of three fingers even without contact, the product design uses an open structure that emits light-emitting diode (LED) light from the underside of the finger instead of the conventional structure that emits infrared LED light from above the finger. As a contactless open-type device, the product was more affected by the surrounding environment and by how the fingers were held up than conventional models, but these problems were resolved by developing a new high-sensitivity imaging system and highly robust authentication algorithm.

The open-type design allows a barcode reading function to be installed as an additional function from existing models. This makes it possible for a single device to read barcodes on membership cards and perform finger vein authentication as well as perform identity verification using both barcodes and fingers.

Taking advantage of the C-1’s high authentication accuracy, ease of use due to its contactless design, and high security due to PBI, it is expected to be used for empty-handed cashless payment at convenience stores, supermarkets, and other locations, for membership control, and for access control at event venues (see Figure 3).

In the development of this product, there were challenges where the authentication accuracy tended to be lower than the accuracy when using a dedicated device because (1) finger vein patterns had to be extracted from images captured in visible light, and (2) the background was cluttered and the finger placement orientation was inconsistent (see Figure 4). 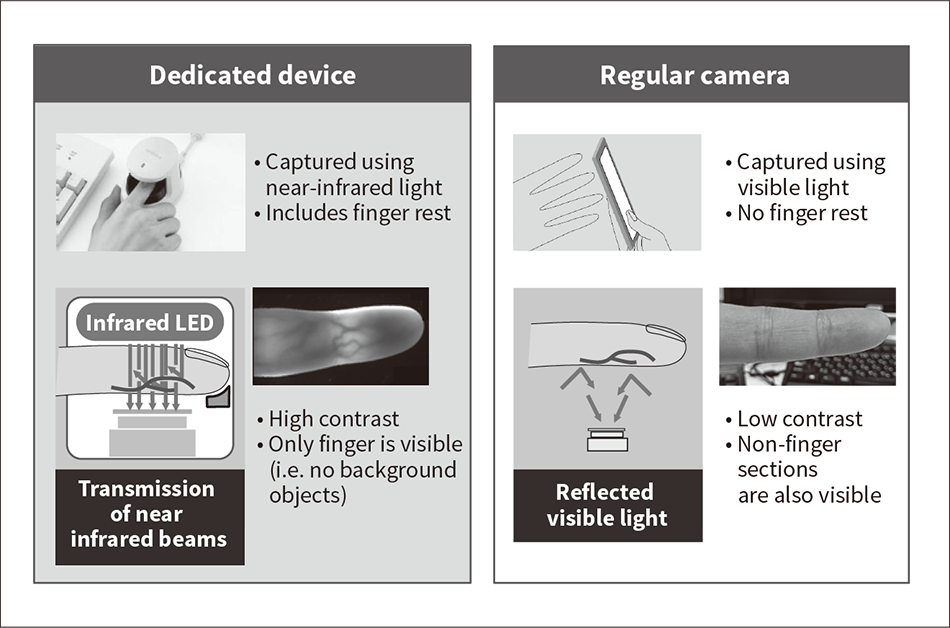 This product allows users to log into PCs and business applications using finger vein authentication without the need for a dedicated device.

Various accuracy improvement measures were implemented in a series of processes.

*1
Windows is a trademark or registered trademark of Microsoft Corporation in the United States and/or other countries.
*2
A biometric authentication method that uses only biometric data to identify an individual.

Looking forward, Hitachi will work to link these authentication methods and technologies to develop value-added services (see Figure 6). Security-as-a-service (SECaaS), such as linkage with payment and check-in/out, will be provided, and data utilization based on artificial intelligence (AI) and linkage with other systems using APIs will also be considered.

This linkage is not limited to the conventional vertical layer linkage that comprises a single product or service. It also includes the customer’s systems and the horizontal tiers that link technologies in different fields. In the future, Hitachi aims to use biometric authentication technology to contribute to society at the same level as infrastructure such as electricity, gas, water, and telecommunications. 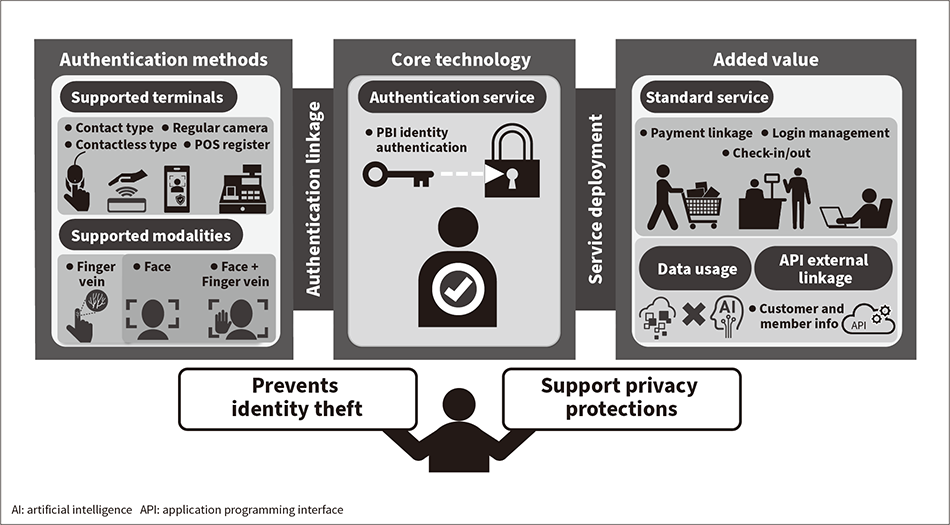 Hitachi aims to contribute to society beyond biometric authentication by providing a variety of authentication methods, and by offering added value such as payment linkage and login management using PBI as the core technology, as well as data utilization and linkage with external systems.