What is the EcoAssist series? 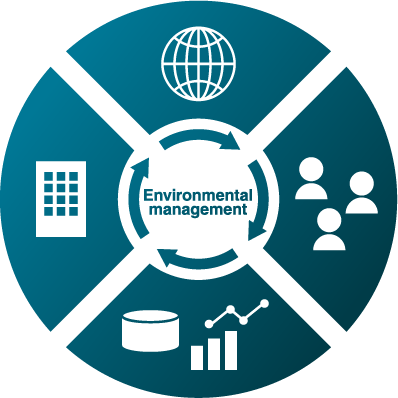 An increasing number of issues, such as global warming, the depletion of natural resources, the destruction of ecosystems, and the growing amount of waste, threaten our livelihoods. In such a situation, people are becoming increasingly aware of environmental issues. At the same time, companies are under growing pressure to demonstrate social responsibility toward the environment and are expected to take proactive steps to resolve environmental issues.

Great demand has been placed on companies with respect to environmental responsibility, as exhibited by international agreements such as the Sustainable Development Goals (also referred to as SDGs; international goals to be achieved by 2030) and the Paris Agreement (an international treaty to reduce greenhouse gas emissions). Similar acts were established in Japan, including the Law Concerning the Rational Use of Energy and various laws and ordinances passed by local governments.
Putting a product that is not compliant with the relevant regulations on the market poses significant risks to the company in question. Not only might the company need to recall the product, but such an incident could negatively affect the brand’s reputation.
On the other hand, if a company makes strategic efforts to comply with environmental regulations, they can not only minimize risks but also maximize their business opportunities. Furthermore, the company can implement management measures (such as those to attract ESG investments) that give them an advantage over their competitors.

The EcoAssist series provides you
with optimal solutions and helps visualize environmental management. 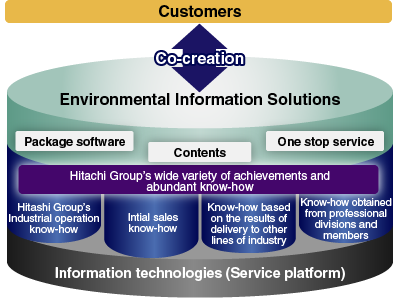 In order to achieve management that accounts for the environment, you need to address the challenge of reconstructing your management system in a way that allows you to disclose relevant information (related to the legal compliance of your products and manufacturing processes, and to the environmental measures you’ve implemented with respect to your products and manufacturing processes) to stakeholders and to receive their approval.

So, how do you reconstruct these systems?

The fact is that products and manufacturing processes are often shrouded in a “black box”, so we must first make them visible. This process is called “visualization” and facilitates the analysis and disclosure of information, as well as the formulation of improvement measures.
Hitachi contributes to the visualization of such environmental management by providing environmental-information solutions.
As a company that specializes in manufacturing, the Hitachi Group provides you with optimal solutions by applying our diverse business experience, our rich expertise based on our track record starting from 1997 of introducing solutions to various companies, teams of experts who specialize in environmental operations and information systems, and the comprehensive strengths of the Hitachi Group as a whole.