You choose clothes to match your daily plans. Likewise, in the same way, you may choose cloud services that best suit your purposes. The time has come when this can be done.

Hitachi has developed the Hitachi Cloud, a new service based on the federated cloud technology to make it possible to centrally manage different types of cloud services. The service enables management of the customers' private clouds and partner companies' clouds as well as clouds operated by Hitachi, all in an integrated manner.

Such a new style of managing clouds through the federated cloud platform has been made possible through our researchers steadily conducting surveys.

What is a "federated cloud"?

HIMURAIn a nutshell, a federated cloud is a service that combines multiple clouds for users to use as a single unit. Our Hitachi Cloud based on the federated cloud platform makes it possible to manage and operate three types of clouds in an integrated manner. The three types are "private clouds," which are managed by the customer, highly-reliable and highly secured "managed clouds" provided by Hitachi, and "partner clouds" operated by partner providers such as Amazon Web Services (AWS).

YASUDA Clouds have become increasingly popular, and providers now offer a variety of clouds that have different characteristics from each other. And we see an increasing trend in which these clouds are used selectively according to their characteristics that best meet the customers' requirements.
However, it is not easy to selectively use multiple clouds depending on the purposes. This is because different clouds have different management structures, different appearances of management consoles and different management tools. So it is forecast that, going forward, customers will find it extremely difficult to operate clouds. Based on such a forecast, Hitachi established a project involving 300 people, with business divisions and research laboratories working together, to begin research of a new cloud service. The project started in 2013.

A project that involves 300 people is a big project, isn't it?

Were there any other impressive aspects about this development?

YASUDAYes. The fact that everything went quite speedily. What concept would appeal to society? What should we research to realize the concept? How would we utilize the research results? All these issues were tackled almost in parallel. We also received feedback from business divisions and customers very quickly. The speed was impressively different from conventional research and development work.

What also mattered was that we had leaders with influence. They led most of the matters, including how the project should be organized and how research should be conducted, in a top-down approach. Of course, we were partly backed by the trend in society regarding clouds, but that was probably not enough to make the project a success.

There was a good mix of strong willing leaders and the trends in society. What were your respective assignments in the project?

HIMURAClouds involve a variety of products and services, and Hitachi structured them in accordance with the types of services to be provided, as shown in Figure 1. Both of us participated in the project as members of the team conducting research and development of the federated cloud. The federated cloud is in the center of the figure, and the work aimed to create new value by connecting a variety of clouds. Ms. YASUDA was in charge of coordinating the team, and I was engaged in service development. 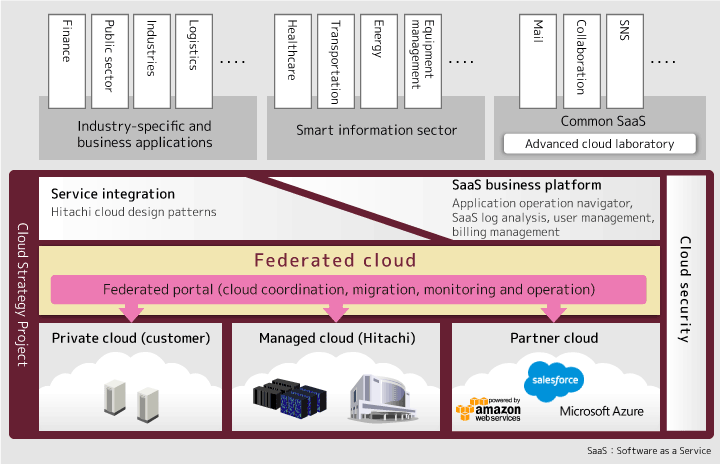 What was specifically involved in "service development"?

HIMURAWell, it is difficult to explain. The work started with thinking about the essential question of what will appeal to the customers' hearts. We looked for answers as to how the customers use clouds, what use cases we can find and what values we can give to the customers. At the same time, we also investigated technical aspects to realize such matters. For example, we tried to make processing algorithms and checked the functions of respective clouds. So we had to cover a wide range of areas.

YASUDAClouds already existed as a business at that time, but there was no claearly-established market for services based on the federated cloud yet. There were no specific needs voiced from the customers, either. So we conducted investigations based on our hypotheses.

The team held repeated discussions by guessing what the customers would want if they started to use services based on the federated cloud. We picked up possibly promising technological items through the discussions, and further proceeded with investigations. As a result of these investigations, we decided to incorporate a "federated portal."

What is a "federated portal"?

HIMURAIt is a web service for centrally managing multiple clouds whose specifications and operation methods are different from each other. With a federated portal, you can use the same interface to operate different types of clouds and have them display information. By doing so, you can understand the ongoing system configurations and operation status of the clouds at a glance.

Figure 2: Overview of a federated portal

YASUDAI would say it is something like having different clouds display different information at the same granularity, or through the same number of steps required to display information. The AWS has its own way of displaying information, and so does Hitachi's cloud. But such differences make it hard for people to manage them. So we assumed that customers need to see information of all clouds in a similar manner through the same operations.

Why is it that even different types of clouds can be operated in a similar manner?

YASUDABecause the customers' operation details are sent to respective clouds after being converted to the formats that suit them. Clouds are operated by way of an interface called API, or an application programming interface, but different clouds are equipped with different APIs. Therefore, each operation is made to correspond to a specific API of a specific cloud.

HIMURASuch correlation between operations and APIs was prepared mainly by the members of the research laboratories. However, in the case of the partner clouds, the internals were in a black box and we didn't know what was there. So at first we tried to use the services of the respective clouds as much as possible.

All the clouds were not developed by us. So it was very important for us to extensively use the clouds we hadn't develop, and learn about them. Through extensive use, we obtained knowledge and know-how, which in turn we used for responding to inquiries, writing books for beginners, and supporting research in other subjects.

Conducting research and development without precedent

Was it tough to conduct such investigations of services through actual use? 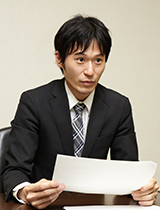 HIMURAYes, it was. The partner clouds often undertook updates of functions, and it happened that the screen elements was increased before we knew it and that programs we created operated differently from what was initially intended.

Because the services were operated by other companies, it was difficult for us to find out why the programs had operated differently on our own. So we tried to identify the causes by asking questions to their support centers, but it sometimes took a lot of time to solve problems.

YASUDAIt was also tough to arrange the development environment. There had been no best-established system that allowed us to use other companies' clouds from within Hitachi. That's why we had to start by thinking how we could use the external environment while securely conducting R&D.

HIMURAWe created the development environment with the cooperation of the internal IT departments and members who were knowledgeable on information infrastructure. At first, however, we didn't know how we could move ahead at all. Because the development environment could be easily built outside the company, we also spent a lot of time in creating the scheme and guidelines to prevent any security issues.

Having to work with services of other companies created many difficulties?

HIMURAExactly. However, in the end it was a good experience for us because, although we had hardships, we were able to learn about the advanced technologies of other companies. We were sometimes puzzled by the practices used to secure system reliability, but learning about such "different ways of thinking" was also stimulating.

YASUDAThrough the project, we learned to think more deeply about what is valuable for the customers. It may be true that utilizing product and services all developed by Hitachi has been part of the nature of the company. But that should not be the only option. If there are good products and services available, it will also be rational to proactively utilize them. I guess this is also a way of thinking needed to speedily provide value to customers.

What response have you received regarding the federated cloud-based service? 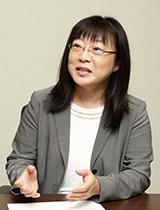 YASUDAThe service has been evaluated very highly by customers since it was announced. It is already being used by universities, independent administrative agencies and other customers. I hear we've received comments from persons in charge of operations at clients, stating that it is extremely helpful for them to be able to use multiple clouds through the same interface. However, our service has just started. I think it will take some time before we receive more detailed feedback.

Moreover, the federated cloud service is a service on the infrastructure level called IaaS (Infrastructure as a Service) to make it easier to manage and operate the system. However, a newly arising trend is to provide services including the development environment, called PaaS (Platform as a Service), which makes it easier to develop application programs. So we are considering expansion of the service into that direction.

Are you saying that it is important to proactively reflect changes in society?

YASUDAAbsolutely. Unlike product development, service development has no clear guidelines for development. It is significantly impacted by the outside environment. Half a year ago, you would want to do something in a certain way. Half a year later, however, people around you would be talking about something completely different. As such, the situation often changes drastically. Therefore, we have to move ahead while frequently adjusting our course.

Steering the development appears to be quite a difficult task. What research do you intend to undertake going forward?

HIMURAWe now see clouds appearing that offer completely new functions, such as data analysis and device management for IoT (Internet of Things). Considering such trends, I hope we can find new ways of using clouds and creating new value for customers, and propose new services.
Presently, we visit customers to directly talk with them and receive feedback through our marketing staff. By doing so, we are working to make prototypes to investigate what would most appeal to customers' hearts.

YASUDAI wish to realize a cloud base that we can apply to systems featuring immediacy, or real-time processing ability. Going forward, a variety of subjects including things, sensors and people will be linked to networks. In order to collect information through the networks, analyze it and reflect it in our services, immediacy of the systems will be an important requirement.
Moreover, our department is mainly engaged in the research of operational management technologies. I hope we can contribute to customers' businesses by thoroughly investigating and refining such operational management technologies that support cloud services.