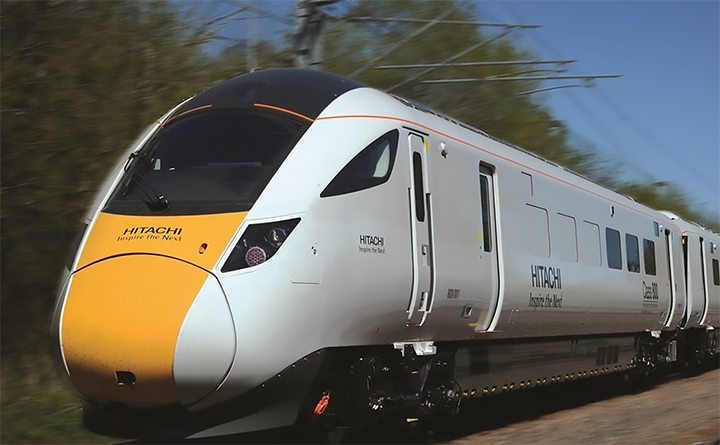 The Class 800, which was developed for the Intercity Express Programme (IEP) in the UK, is currently running on main routes out of London to western and northern UK. It overcomes differences in standards in the UK, which has a running environment unlike that of Japan, while at the same time offering a comprehensive design that includes both ease of use for the operating company and attractive, comfortable cars that blend seamlessly into local users' lifestyle and culture. In this way, Hitachi strives to design trains that will be fully embraced by the regional society, and become the face of new railway infrastructure.