Advances in digital technology driven by the Internet of Things (IoT) have made it easier to create connections between industries in today's world. In light of this, Hitachi is advocating NEXPERIENCE, a methodology for collaborative creation with customers that integrates the viewpoints of both designers and researchers. Drawing on its unique expertise as a company active in many business areas, Hitachi is working closely with customers to generate new connections and foster social innovation. 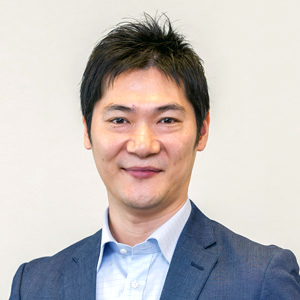 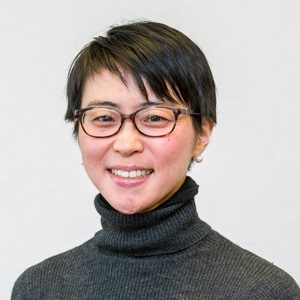 KUMAGAINEXPERIENCE is a method of developing new services and creating new businesses by holding workshops with customers. It provides the frameworks and IT tools needed for every step of the process, from finding the seeds for a new business to commercializing the idea. We use these frameworks and IT tools to make the workshops dynamic and engaging. 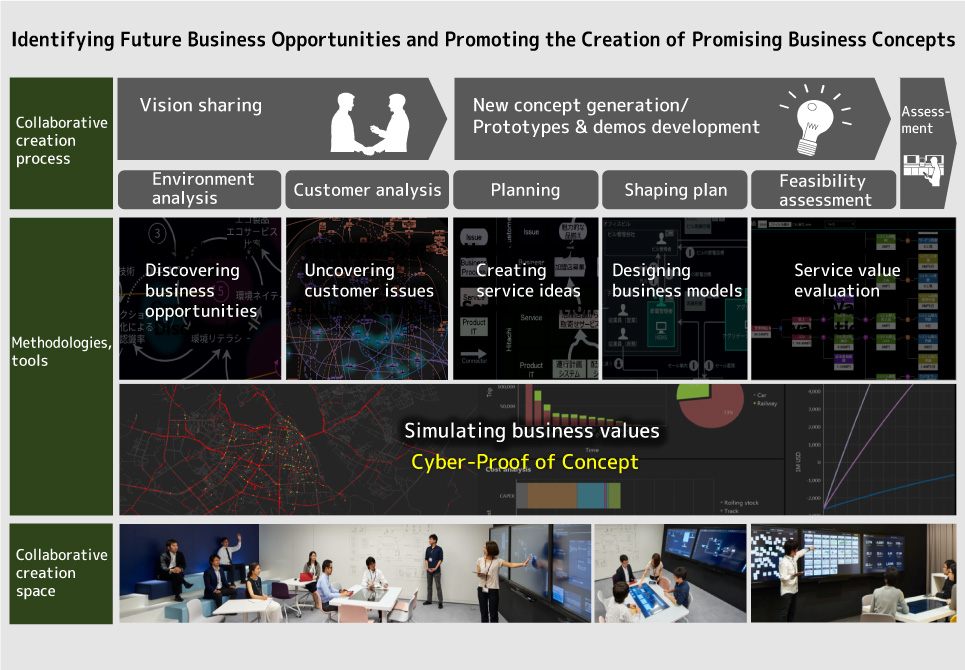 Could explain the background behind developing NEXPERIENCE?

KUMAGAIWith social diversification and globalization, the issues faced by communities and companies are becoming more complex. To help resolve these issues, Hitachi is promoting "collaborative creation," in which it shares problems with customers and works together with said customers to tackle said problems and create new businesses.

Originally, designers and researchers at Hitachi were looking into different avenues for researching methods to create new businesses. To put it in more concrete terms, designers would study methods to generate creative ideas, while researchers designed businesses to assess profitability through a logical approach.

In 2015, following the launch of the Global Center for Social Innovation-Tokyo, we successfully combined various techniques that we had researched to form the NEXPERIENCE system.

Do all the team members have different backgrounds? BANDOUWhen I first joined Hitachi, I was involved in product design. Now I handle service design. As one of the activities of service design, I am researching how to successfully generate ideas using design-oriented thinking. The framework, method of using it, and other findings from this research have been incorporated into NEXPERIENCE.

Generally speaking, designers are probably viewed as people who create aesthetic things. That's a very important activity, but at the same time, I think one must also consider how to effectively deliver what the customer needs. To turn ideas into services that are actually used, it is necessary to think about the business model and communicate to share it with stakeholders. While working on developing NEXPERIENCE, my stance has been to try to make it possible to do those kinds of activities effectively.

KUMAGAII was exploring a new business alongside customers in the financial business at a research institute. After that, I spent a year at Stanford University where I studied starting up new business ventures. Just as I got back to Japan, the NEXPERIENCE concept was being discussed, and I still remember today how excited I was about it.

After my return, I drew on my experiences studying abroad to develop a framework for the creation of service ideas while holding discussions with many different people about what kind of ideas Hitachi should be generating.

ARAKII was also involved in financial system development at the same research institute that Mr. Kumagai was working at. After that, my role was to consider what kind of services and value Hitachi can offer to insurance companies, and I began applying NEXPERIENCE.

NEXPERIENCE is a systematic approach, but when it's actually put to use, you discover areas that are lacking or that can be improved. Right now, at the Global Center for Social Innovation-Tokyo, designers, researchers, and other team members from various backgrounds are thinking together about how we can evolve NEXPERIENCE.

What can you tell us about the methods and tools you have developed?

KUMAGAII developed a method and IT tools for generating service ideas, which is part of the planning process. I devoted a lot of effort to considering not just how to create a framework for the business as a whole but also how to come up with really good and innovative ideas.

As an example, when you hold multiple workshops, despite of the variety among industries involved, similar issues will sometimes come up. To address these issues, we incorporated a "recommend function" in our IT tools that presents service ideas that have been successful in different industries. Using this function makes it possible to generate service ideas that draw on knowledge from multiple fields. Innovation is thought to come from a new linkage of existing knowledge. The strength of the Hitachi Group is that we're able to combine knowledge from many types of industries, and that's something customers are looking for from us. We have consciously developed NEXPERIENCE so that it will generate cross-industry connections.

BANDOUOnce you've created a service idea, the next step is to develop a detailed business model concept. I was in charge of developing a method and IT tools for business model design. There are differing definitions of "business model" out there, but in this case, our focus is on: 1) relationships among stakeholders who will support the service, 2) the individual business strategy, 3) service user stories, and 4) the revenue stream. For each of these, we use both common approaches and our original frameworks to broadly evaluate whether the service can be delivered successfully.

In the workshops, we use these frameworks to have multiple discussions about the service idea. For instance, after conducting an overview of the stakeholders who will support the service framework 1, we will switch perspective to consider which businesses may wish to be involved and think about strategy from the viewpoint of respective businesses using framework 2. As this discussion proceeds, issues will come up that need to be addressed using framework 1, so we will go back to that and make adjustments. This evaluation process is repeated for each of the perspectives in frameworks 1 to 4.

By using several frameworks in this way, we approach the business model from different perspectives as the discussion moves forward. When writing everything down on paper, discussions would end up being interrupted due to spending a lot of time on tasks like rewriting documents.

What were some notable challenges in developing NEXPERIENCE?

BANDOUNarrowing down which functions could be incorporated into the IT tools. During workshops, the discussion method and other things often change according to circumstances. However, if you create IT tools to cover every possibility, instead of streamlining the process, it would make NEXPERIENCE more difficult to use. We had to whittle down the functions by clarifying the basic requirements needed for each service.

KUMAGAIWe learned from actually using the IT tools during workshops. When we did that, we would discover better ways of designing them and provide feedback that enabled the tools to evolve over time.

Learning through Trial and Error in "Boot Camp" Workshops

How does a workshop proceed? ARAKIIn order to make workshops productive for both Hitachi and customers, the first step is "workshop design." That means setting the workshop goals, determining the right methods and tools to achieve those goals, and specifying how the workshop will proceed. Next, we hold a workshop at Hitachi to search for new potential business ideas that will benefit both the customer and us. After that, we invite the customer to take part in a workshop where we create and assess business concepts together, based on the NEXPERIENCE process.

ARAKIThat's right [laughs.] At Hitachi, we have a lot of divisions handling different areas, like power, finance, and healthcare. We held many workshops with these divisions where together we wracked our brains to come up with ideas. In one workshop that I was involved in, 400 new ideas were proposed, and we narrowed them down to around 40. We then brought these ideas to collaborative creation workshops to discuss them with customers.

Figure 2: A workshop in progress

ARAKIThe workshops have received positive feedback from customers. They recognize that in order to create new businesses, it's important to combine creative thinking and logical thinking. But many customers are unsure how to go about it in practical terms. We've gotten favorable comments from those who have used the systematic NEXPERIENCE method, saying that it makes it easy to generate ideas and think logically.

We're making the workshops dynamic and engaging by applying the NEXPERIENCE processes and providing IT tools to offer a solution that is unique to Hitachi.

BANDOUAs a designer, I believe thinking about users should be the top priority. I want to improve my knowledge and communication skills so that I'll be able to develop business models and strategies that will help us deliver what customers really need and make them happy.

ARAKIRight now, we're in the process of creating new businesses with customers, so what I'd like is for one of these to actually be commercialized and make everyone happy—both at the customer and at Hitachi!

The process of creating business concepts with customers based on NEXPERIENCE is going well, but I think there's a bit of a gap in getting from there to commercializing the idea and generating money from it. I'd like to close that gap through putting NEXPERIENCE into practice. As part of NEXPERIENCE, I want to provide the full range of materials needed to generate innovation using design thinking. 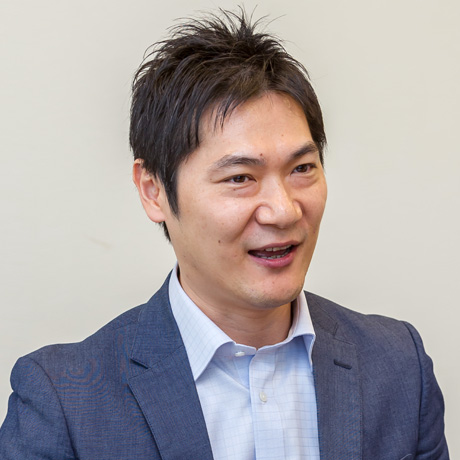 KUMAGAIWe describe NEXPERIENCE as a "methodology for collaborative creation with customers," but in a sense, this is only a stepping stone. In order to continue generating the social innovation which Hitachi is aiming for, I would like NEXPERIENCE to evolve into an innovation design methodology.

Personally, I'm also thinking about whether we can incorporate AI technology into NEXPERIENCE. For example, Hitachi is developing a technology for analyzing relations between people that combines AI with name tag-style wearable sensors, and it could be interesting to use that. We could have workshop participants put on the wearable sensors, look for data that tells us which parts of the workshop were successful, and, based on that data, analyze what kinds of processes and discussions generate innovative ideas... As a researcher, I'd like to clarify the mechanism that leads to innovation.