World-leading Advanced Factory “Lighthouse” and Its Information and Control Systems

World-leading Advanced Factory “Lighthouse” and Its Information and Control Systems

Ever since Hitachi’s Omika Works was founded, it has provided information and control systems that support electric power, railways, and other parts of the social infrastructure, while at the same time responding to the increasingly complicated challenges facing society. Information and control systems must secure a high degree of reliability while providing the maintainability and expandability necessary to continue operating over a long period of time. To this end, Omika Works has pursued mass customization that utilizes IoT and data analysis know-how in order to achieve both a diverse range of needs and productivity rivaling that of mass production.

In recognition of these efforts, in January 2020 Omika Works was selected by the World Economic Forum as the first Japanese corporation to be recognized as a world-leading advanced factory, “Lighthouse.”

These articles commemorate the selection of Omika Works as a Lighthouse by describing representative efforts put forth by the factory, as well as the latest examples of information and control systems that support digital transformation in the fields of social infrastructure and industry. 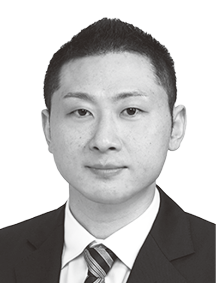 Hitachi has been advocating for autonomous decentralized systems as the architecture of information and control systems. Control nodes such as controllers or control servers share the information necessary for control, and the individual control nodes autonomously operate based on this shared data in a decentralized system. This type of control system offers excellent reliability as well as expandability. Recent advances in sensing, networks, and big data analysis technologies have made it possible to sense on-site information and to consider solutions to problems based on this information, and efforts are underway to continuously increase the intelligence of system operations while improving on-site control systems(1), (2).

Since information and control systems are constructed according to the optimal operating conditions of facilities for a diverse range of social infrastructures and manufacturers, they are custom-made. Furthermore, in order to reduce the social cost, it is critical to secure manufacturing quality while achieving productivity comparable to that of mass production. As strategies for solving this issue, Hitachi has pursued mass customization utilizing the Internet of Things (IoT) as well as data analysis. In recognition of these efforts, in January 2020 the World Economic Forum designated Omika Works as the first Japanese manufacturer to be selected as a “Lighthouse,” a world-leading advanced factory that is ushering in the Fourth Industrial Revolution(3).

This article outlines the efforts Omika Works is taking as a Lighthouse advanced factory providing the information and control systems that support social infrastructures.

Known for its Annual Meeting in Davos, the World Economic Forum selects advanced factories leading the Fourth Industrial Revolution as “Lighthouses” (guides). While more than 70% of corporations in the manufacturing industry around the world are said to be searching for a way out of the pilot phase aimed at introducing advanced manufacturing technologies, the Lighthouse program is working toward a goal of raising the standard of digital transformation (DX) in the entire manufacturing industry by sharing efforts. This community of Lighthouse factories is known as the “Global Lighthouse Network,” and as of March 2021, 69 factories have been selected to participate from around the world(4). These factories are selected from over a thousand candidate factories worldwide, not only based on improvements in productivity, but also on a wide range of perspectives including business sustainability, social and environmental impact, human capital development, and ways of working.

Efforts as a Lighthouse Factory 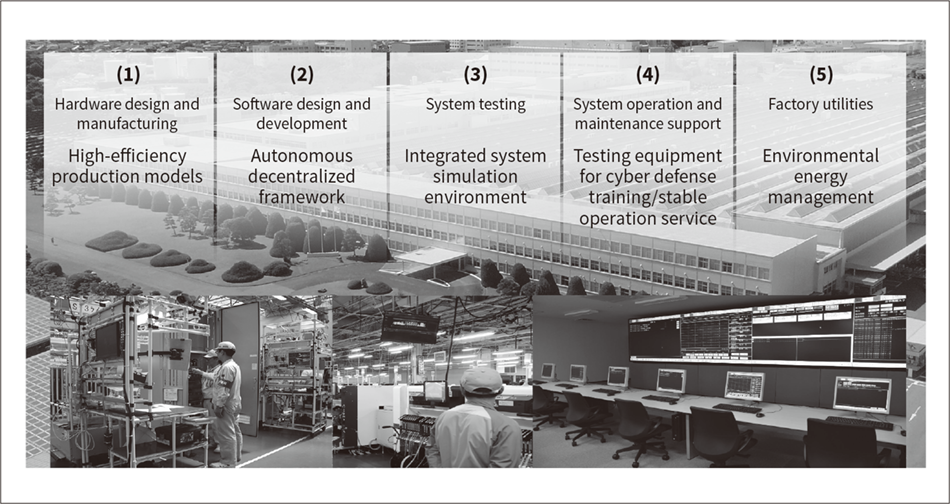 Omika Works presented five unique efforts to consider during the Lighthouse selection process. The factory develops information and control systems while constructing integrated systems from manufacturing and quality assurance through maintenance, with a focus on optimizing the entire value chain.

In order to continue providing the highly reliable information and control systems that support the stable operation of social infrastructures over a long period of time, evolution corresponding with the constantly changing social issues and values is a must.

This section includes articles that introduce the transition to the next generation of core technologies Omika Works has cultivated as a Lighthouse advanced factory, as well as the latest case studies of information and control systems that support DX in social infrastructures and industrial fields including water supply and sewerage, steel, energy, and railways.

In response to the need for the rationalization and advancement of operations, the transition to intelligent on-site technologies is proceeding with innovations in areas such as artificial intelligence (AI), data utilization, edge computing, universal communication including fifth-generation (5G) mobile networks, cyber security, and others.

It is against this background that Omika Works is moving forward with its transition to the next generation of its autonomous decentralized system architecture, based on the concept of AI and control incorporating the latest information technology such as image AI as control technology (as described in the article “Next-generation Autonomous Decentralized Architecture and DX-ready Industrial Edge Computers” ). Furthermore, Omika Works is undertaking efforts toward digitalization and seamless coordination on-site with the variable quantity production systems cultivated using high-efficiency production know-how (as described in the article “Highly Efficient Production Solutions Linking Design and Operations for Manufacturing DX” ), as well as development of a unique support platform that consolidates the technology and knowledge to achieve stable operations in social infrastructures for the new normal (as described in the article “Stable Operation Service for Control Systems Based on Maintenance Service Platform Combining OT and IT: Total Support across Entire System Lifecycle” ).

As opportunities for collaboration with a wide range of stakeholders expand along with globalization, the transition to digital collaboration is accelerating due to the pandemic. Even domestically, regional collaboration of life lines is proceeding through the integration of bases.

In the field of steel, Omika Works is focusing its efforts on analysis and diagnostic DX for the sake of achieving quality and productivity gains in the manufacture of steel products, as well as a transition to remote operations including facility trial runs and maintenance work (as described in the article “Digital Solutions for Steel Industry: From Operations to Production and Maintenance Support” ). In the water and sewage industries, which are faced with societal issues such as aging facilities and decreases in staffing and fee income due to the shrinking population, the streamlining of management planning, operation, and maintenance has become an urgent priority, and so Omika Works is working to advance on-site maintenance work utilizing long-term demand prediction based on AI and big data as well as augmented reality (AR) technology (as described in the article “Optimal DX Solutions for Smarter Water and Sewage Operations” ).

Information and Control Systems in the Energy Field

As opportunities expand for the achievement of a carbon-neutral society, not only are large amounts of renewable energy being adopted in the field of energy, there is also a need for the construction of electric power systems that can achieve a stable power supply at the same time as economic rationality.

To meet these challenges in electric power systems, in the Republic of Slovenia, Hitachi is collaborating with the New Energy and Industrial Technology Development Organization (NEDO) on a project to demonstrate energy management that can utilize storage batteries and other decentralized energy resources in order to avoid power outages while securing the quality of electric power. The project aims to achieve economic rationality by constructing a cloud type system while holding both initial investment and maintenance costs in check (as described in the article “Grid Edge Solution for Overcoming Challenges of Large-scale Renewable Energy Deployment: System Trial in the Republic of Slovenia” ). Efforts are also underway in the area of advanced preventive maintenance in the energy field, to solve the social issue of a lack of human resources, with remote facility monitoring, facility deterioration determination using AI, the consolidation of on-site work knowledge, and other measures (as described in the article “Cloud-based DX Solution for O&M and Staff Training at Electricity Generators” ).

Information and Control Systems in the Railway Field

In the railway field, as the area of influence of the transportation operations expand due to developments such as direct train services in line sections, expectations are high for improvements in the maintenance of railway services as well as advanced operational support.

As innovations are being made in social infrastructures and industrial fields in response to increasingly complicated societal challenges, there is also a need for evolution in the information and control systems that must operate in a stable fashion over long periods of time. Starting with the information and control systems introduced in this section, Omika Works will continue seeking to achieve an affluent society that combines safety and peace of mind with comfort and convenience for people, by providing solutions that support DX in social infrastructures and industrial fields, while continuing to evolve as a Lighthouse advanced factory even as unpredictable changes continue to occur in this new normal.