Energize Our Future CommunitiesIn order to increase renewable energy,
how can we gradually transit to a microgrid?

Connect your wish for the community with the action for energy.

Renewable energy is now attracting attention relative to reducing greenhouse gas emissions.
However, transmitting unstable renewable energy through the present power grid that is designed to supply electric power widely and efficiently from large thermal and other power plants could entail a huge cost for control.
To prevent loss, focus is being placed on shifting to a microgrid because it generates electric power locally without relying on a large power plant to supply local power.
However, introducing a microgrid to a community where people actually live is not easy. How can the community gradually shift to a microgrid? This question poses a challenge for us to increase the ratio of renewable energy from the standpoint of people.

Microgrid ⋯ An electric power supply system that consists of consumers, a distributed power source, and a relatively small-scale power network in a specific area.

Here we propose a concept of crowd energy sourcing.
First, make pairs consisting of a local resident and a local company. A relationship is formed between them where excess electric power from the home is provided for a company that wants to cut the cost of electric power, and the local company provides products and services in return. Where such a relationship is formed, local companies that want more electricity will make efforts to provide better products and services, and residents will act like investors and support the local businesses.
As more and more local residents and local companies form such pairs where they know each other, a microgrid is eventually formed through the entire community. 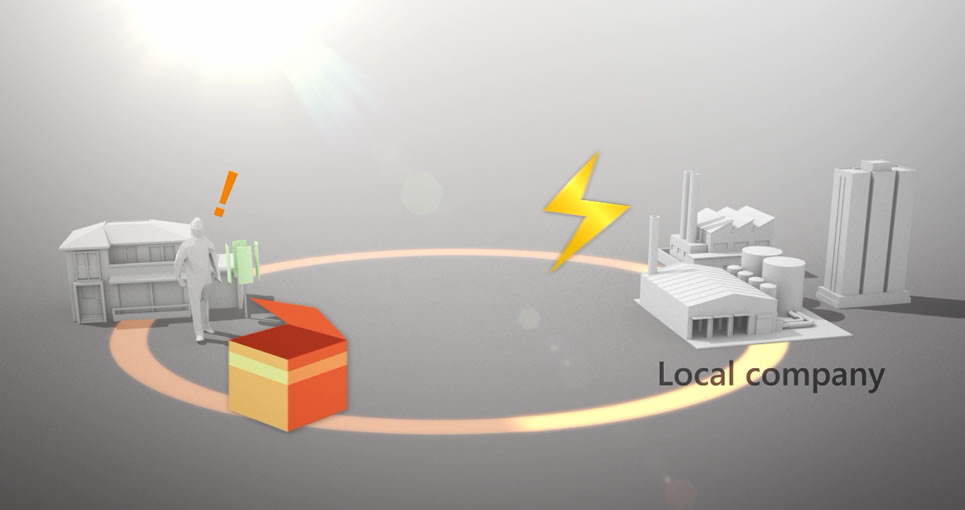 SCENE01Containing the daily peaks of electric power consumption at factories For example, if a food processing company focuses on developing cheese as a local specialty and pitches its cheese, local residents may consider it “nice to eat locally produced cheese” and provide their excess electric power to the company.
Residents get cheese in return for the excess electric power they offer. In other words, they are happy about the cheese they receive in return and their contribution to local industry. 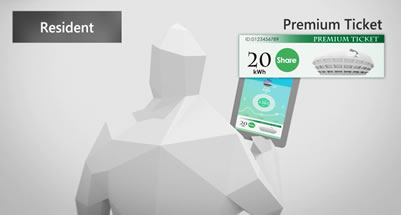 A huge amount of electric power is sometimes required at stadiums where sporting events and concerts take place from time to time. Excess electric power provided by local residents can be utilized in such settings.

Stadiums could alter the balance between the supply and demand of electric power in the community. Stadiums receive excess electric power, promise a successful event, and sell tickets. 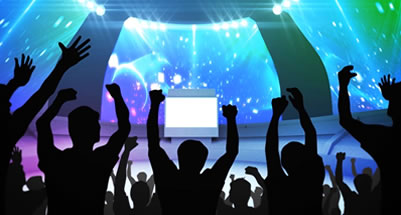 When a stadium uses the electric power provided by local residents somewhat generously in order to prepare many fun tricks for entertaining the audience, local residents can enjoy the event as if becoming part of it.