How can we maintain public spaces that everyone can enjoy in cities with ageingpopulations and increasingly severe labor shortages?

Appeal to Users’ Compassion and Desire to Help

According to Japan’s Ministry of Internal Affairs and Communications’ population estimates (October 1, 2019), the proportion of the nation’s working population aged 15–64 years has finally fallen below 60%. At the same time, the continued ageing of the population and progressive urbanization is expected to render labor shortages even more acute in public spaces frequented by many different people, such as train stations and airports. As this situation becomes ever more pressing, how can we create and maintain public spaces that people can enjoy more than ever before?
What if we could unleash and harness the power of compassion in each and every person who uses those public spaces. If public space operators could ask users for help, they might be able to make those spaces more comfortable and cost-effective.

View this story in a cartoon strip (pdf)

A French-speaking office worker received an app notification on the way to eat lunch saying a French traveler appears to have lost their way at a nearby train station. The worker then uses the app notifications to guide the traveler and is given points by the railway company that can be used for shopping as a reward. The app that matches the needs and skills of people gathered in public spaces is able to alleviate labor shortages and help create more comfortable public spaces by benefiting those needing help, those who can offer help, and facility operators. 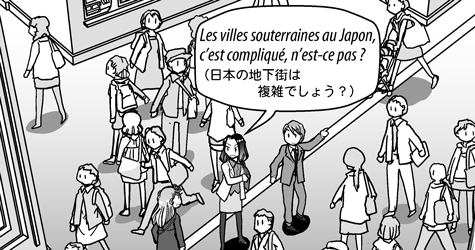 If we are going to encourage apps that make it easier for more people to display their compassion, we must also address any safety considerations to ensure they can use that compassion properly in practice. Users need to be made aware of certain points to avoid accidents when helping people in wheelchairs. Facility providers, such as train companies for instance, could perhaps provide similar wheelchair assistance training for the general public as for station staff and certify their skills to help wheelchair users at stations. 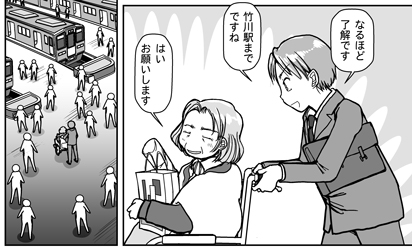 Even if you don’t have specialist skills such as speaking French or are not as proactive as those who seek out the training, everyone has the compassionate power to help someone in trouble. The annual cost of collecting, managing, and disposing of property lost in stations and on trains is considerable. More than that, people can suffer a great shock when they leave important things such as company bags on the train and don’t get them back. By cleverly combining train location data and passenger entry and exit data at ticket gates, you might be able to ask people still on the train to retrieve a specific item of lost property. 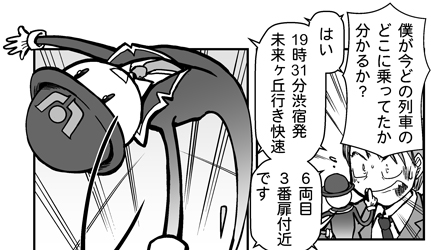 The social good that each of us can perform during small windows of down time such as during our lunch break or on the way to doing something else is rewarded by the wealth of gratitude voiced by those receiving assistance. By using technology to connect people when the need arises, we can make that a daily scene in our cities.

The designer who created this vision spells out his thoughts in this blog post.