Hitachi, Ltd. has business locations all over Japan.
This chapter introduces places related to the foundation of the company and the history of its development. 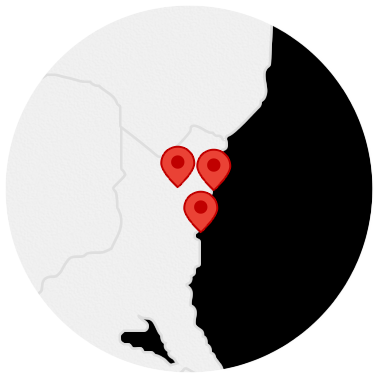 Namihei Odaira, the founder, was born in 1874 in Kassenba, Ienaka-mura, Shimotsuga County (now Kassenba, Tsuga-machi, Tochigi City) in Tochigi Prefecture. His father, who was an entrepreneur, experienced a business failure and died of illness. This forced Namihei's eldest brother to abandon his academic studies. Namihei took his brother's place and entered Daiichi Koto Chugakko (now the University of Tokyo College of Arts and Sciences), bearing the high expectations of his family.
There is a monument at the first home of Namihei Odaira saying that it is his birthplace. His belongings and letters are kept in the house. In addition, his photos and other materials, including a chronology, are exhibited at the Kassenba Elementary School that he attended. 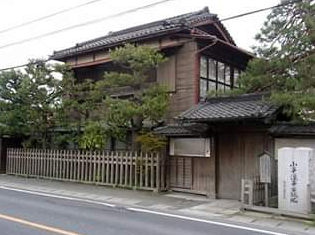 The Saruhashi Bridge (Otsuki City, Yamanashi Prefecture) is one of Japan's three odd bridges. It is another place important in the origin of Hitachi because it is close to a place where Namihei Odaira, the founder of Hitachi, told his friend of his determination to produce electrical equipment applying Japanese technology.
Having joined Tokyo Dento K.K. (now The Tokyo Electric Power Company, Inc. (TEPCO)), Odaira oversaw the design and construction of what was then world-leading equipment for transmitting electricity from Komahashi Power Station near Saruhashi, Yamanashi Prefecture, to Tokyo. In the summer of 1906, Odaira spent the night talking with Motoji Shibusawa, his old friend from university, at the Daikokuya Ryokan (an inn, which remains open today as a restaurant) located alongside the Saruhashi Bridge. Odaira expressed his strong determination to produce products applying Japanese technology to end Japan's dependence on foreign products and foreign engineers. In the autumn of that same year, Odaira joined Kuhara Mining's Hitachi Mine. 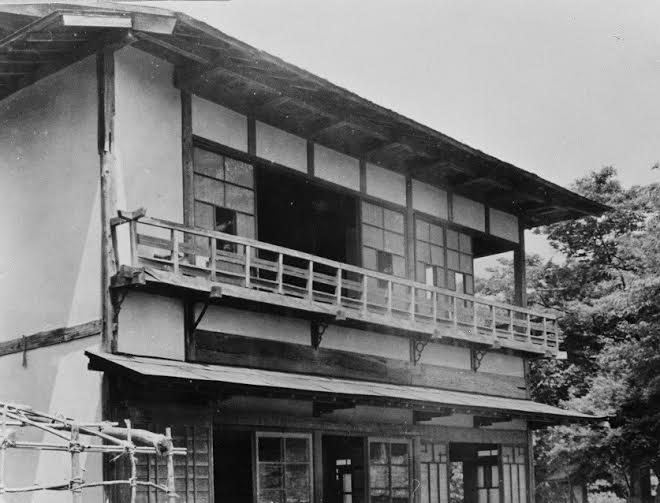 Namihei Odaira graduated from university in 1900 and took a position at Kosaka Mine in Akita Prefecture. At this mine, which was headed by Fusanosuke Kuhara, a hydroelectric power generation project was under way to provide electricity for electric motors that were key to the redevelopment of the copper mine. Odaira designed the Tomaridaki Dai-ni Power Station, an ultra-high voltage substation, and transmission equipment. He also played a leading role in their construction. Later, Kuhara invited Odaira to join his mine development project in Hitachi, and Odaira took a position at the Hitachi Mine, which was the catalyst for the foundation of Hitachi.

The former office of the Kosaka Mine was built in 1905, after the mine had been revitalized by its redevelopment as a copper mine. The office is a three-story wooden building known for its gorgeous, Renaissance exteriors. It became a symbol of the town of Kosaka, the biggest mineral production area in Japan. Now it is designated as a national important cultural property. In addition, the Korakukan theater, which is also located in the town of Kosaka and designated as a national important cultural property, was built in 1910, the year when Hitachi, Ltd. was founded. Photos displayed at exhibition facilities and other places in the town show Odaira in his role at the mine. 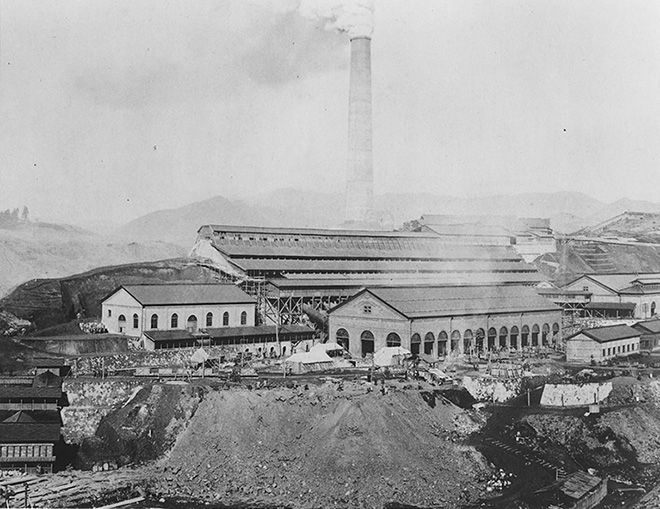 The workshop for repairing electrical equipment within the engineering department of the Hitachi Mine is the origin of Hitachi, Ltd. This repair workshop in Odairadai, on the premises of the Hitachi Works Kaigan Works, was restored in 1956. The restoration was based on photos of the original workshop. The interior of the workshop was restored referring to archival records that were available in those days. The 5HP motor produced at the time of the foundation is on display there.
This Initial Workshop will be moved to Origin Park (tentative name: Omika-cho, Hitachi City, Ibaraki Prefecture), which will open in 2021. There, the workshop will be refurbished to re-create the development of the 5HP motor, Hitachi's founding product. It will allow visitors to feel the background behind Hitachi's Mission, "Contribute to society through the development of superior, original technology and products." 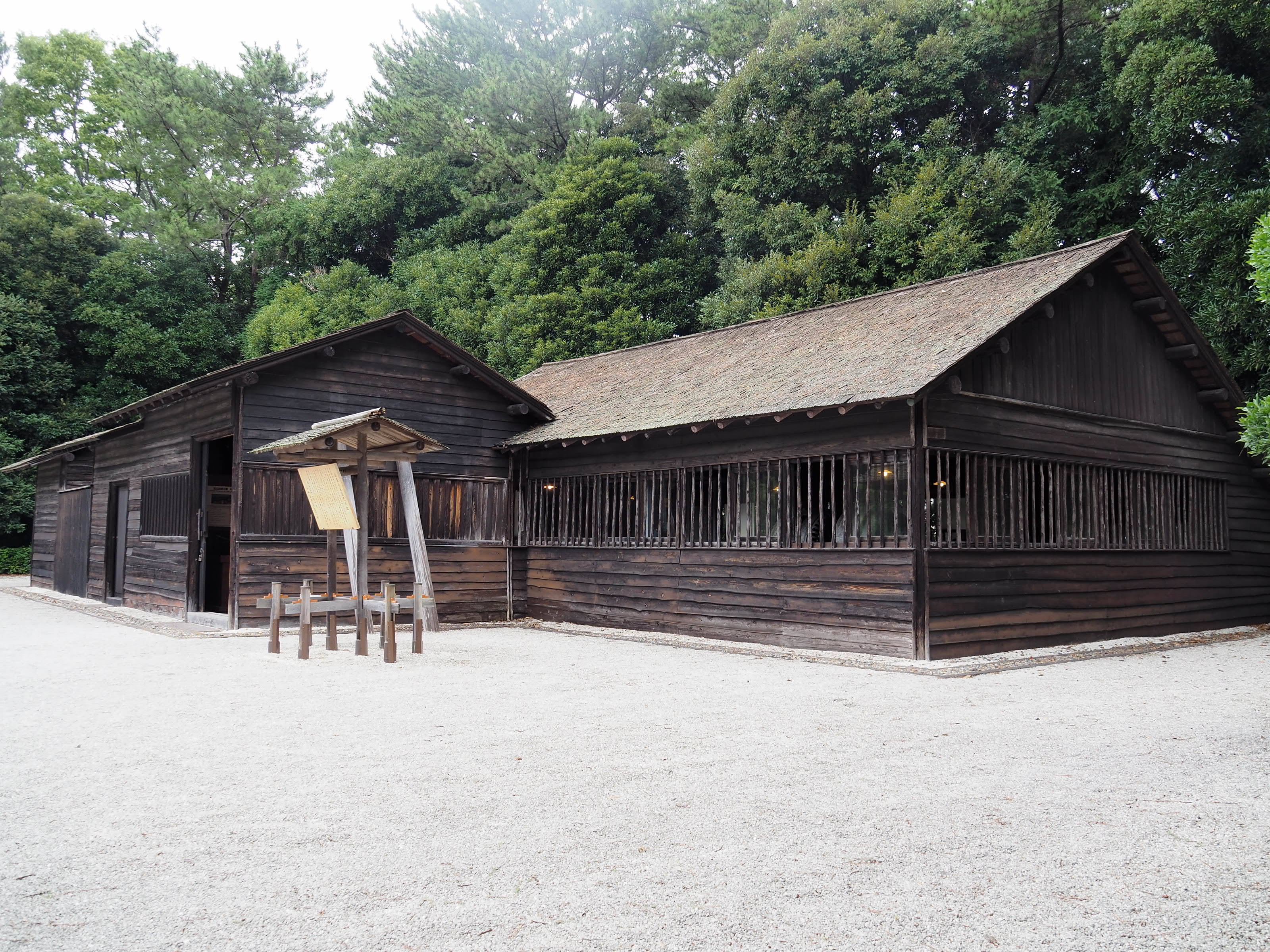 The Odaira Memorial Museum was constructed in 1956 in memory of Namihei Odaira, the founder of Hitachi, Ltd., to ensure that his great accomplishments and spirit, which led to the foundation of the company, are passed down. It was built on the premises of the Hitachi Works Kaigan Works. At present, the museum consists mainly of four exhibition rooms. There, the history of the development of Hitachi's products and technologies is showcased through key products that boosted the development of the company. Visitors also learn about the life of Odaira, who engaged in a wide range of activities contributing to communities and developing human resources.
The Odaira Memorial Museum is to be renovated in 2021, to introduce state-of-the-art digital technology enabling visitors to feel the history of Hitachi from its foundation and to learn about examples of the company's collaborative creation with customers, among others aspects of the company's history, together with the industrial history of Japan and the world. Namihei Odaira, the founder, was also committed to employee welfare. As a measure to ensure the welfare of employees, he promoted sporting activities and opened the Hitachi Golf Club in 1936 as a wholesome recreation facility for employees and to entertain guests from overseas. The Omika Club was built as a clubhouse for this golf club. It was designed by Hideto Kishida, an authority on architecture who was involved in the design of the University of Tokyo Yasuda Auditorium and library.
The Hitachi Golf Club, the first golf course in Ibaraki Prefecture, was designed by Seiichi Inoue, a renowned golf course designer. Hitachi Origin Park will be a facility open to everyone. 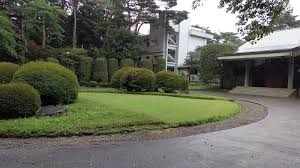